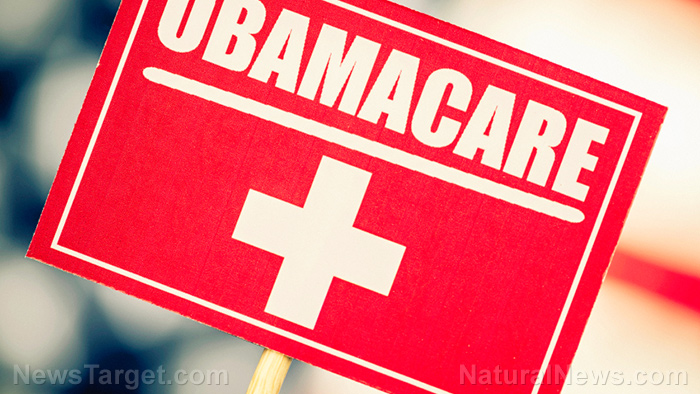 In case you haven’t noticed — and, unfortunately, far too many Americans haven’t — the Democrats have an honesty problem. Seems they can never really say what’s on their mind because if they do, if they present themselves honestly, then far fewer people would support them.

Like when they call Republican efforts to reduce the growth of federal spending harmful spending cuts. They’re not cuts, they are reductions in spending growth.

Obamacare was full of Democratic misdirection and outright lies. Take the name of the legislation enacting it: The Affordable Care Act. By any definition, Obamacare isn’t affordable for the vast majority of Americans.

We were promised that the law would reduce insurance premiums; it hasn’t. They’ve grown dramatically, even for people who qualify under Obamacare’s expanded subsidies.

We were promised that we’d have more choices; we don’t. More insurers are bailing out of the Obamacare exchanges leaving, in some cases, only one.

We were told our deductibles would go down; for most, they’ve gone up — so much so that for millions of Americans, it’s like they don’t really have anything other than catastrophic coverage. In fact, their coverage is so bad that it literally is affecting their health.

And yet, Democrats are saying that Republican efforts to repeal Obamacare and replace it with a more free market-oriented solution, promoting real choice and giving control over healthcare back to patients and providers will cause mass death. It’s simply a lie.

The Democrat-passed Obamacare is a mandate “not to get care, but to get coverage,” Sen. John Barrasso (R-Wyo.) said last year.

“And many people are finding the coverage is not at all of value to them because they can’t get care. Either…their doctors don’t take Obamacare or the deductibles are so high that they’re never able to get to the insurance,” he said.

“We’re seeing numbers in New Hampshire above 40 percent increases; in New York, above 40 percent increases; in New Mexico, where Blue Cross-Blue Shield of New Mexico pulled out a year ago, they’re talking about coming back in, but only if they can get a rate increase of over 80 percent,” he said, in reference to sky-high increases in premiums and deductibles.

This reality is affecting health outcomes. Because Obamacare-induced out-of-pocket expenses are so high, many Americans have simply stopped going to doctors for care because they can’t afford to. (Related: Republican FAIL: Senators who voted for Obamacare repeal TWICE before won’t vote to repeal it NOW.)

Michelle Harris, a 61-year-old retired waitress in northwest Montana, has arthritis in both shoulders. She gets a tax subsidy to help buy coverage under Obamacare, though she still pays $338 a month for the BlueCross BlueShield plan. Yet with its $4,500 deductible, she says she’s doing everything she can to avoid seeing a doctor. Instead, she uses ibuprofen and cold-packs.

Obamacare, in fact, is so bad and has so distorted the health insurance markets — making it unaffordable — that the law is literally killing people, according to some evidence.

Other evidence suggests that while Obamacare expanded Medicaid coverage to allow people to say they have insurance, their health outcomes are similar to people who don’t have any insurance at all, American Spectator notes.

None of this is lost on President Donald J. Trump, who is busy chiding Senate Republicans for dropping the ball on Obamacare repeal, contrary to their previous promises (and votes) to do so.

“Obamacare has wreaked havoc on the lives of innocent, hard-working Americans,” Trump said Monday at the White House, surrounded by families who have been hurt by the law.

He lashed out at Democrats’ demagoguery, claiming the GOP repeal will ‘kill thousands’ of Americans.