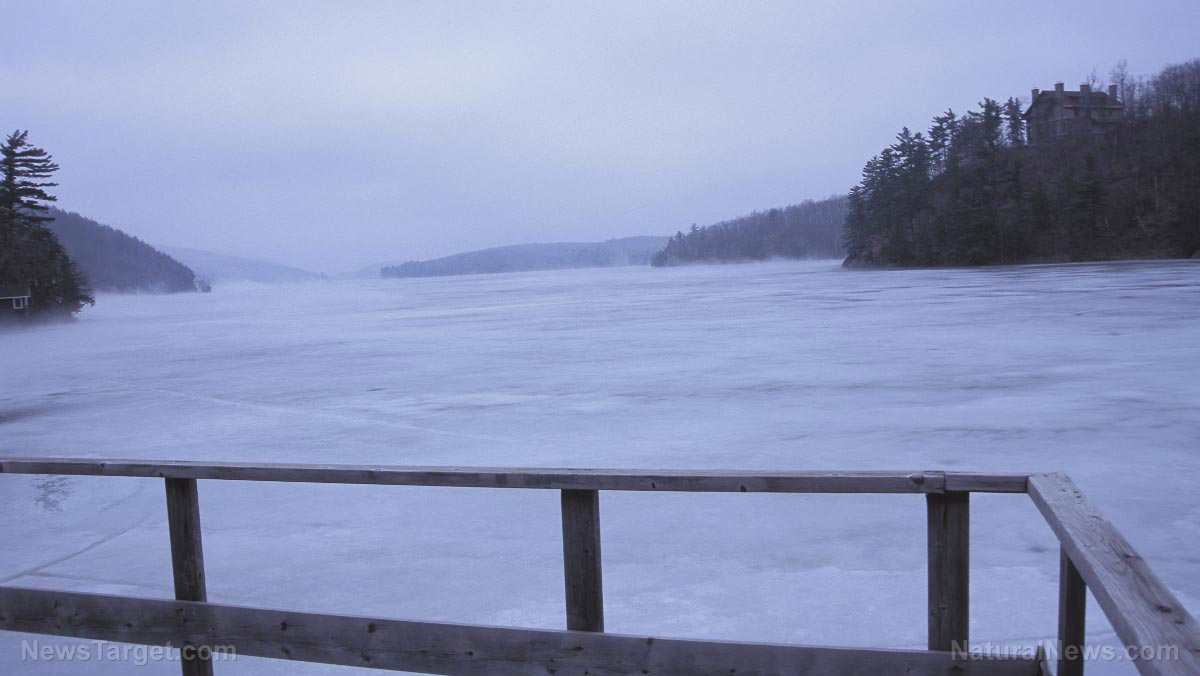 The infectious climate change narrative that is being drilled into the minds of the next generation isn’t about protecting the planet. The term climate change is being used to get people to believe that they are supporting science, supporting the environment, protecting the Earth, and committing to a clean future. But it doesn’t matter if your intent is good and you want to protect the planet; if you believe in the popular climate change narrative, you are simply being used by the globalists and central planners. Investments are at stake. Controlling elites will find any way to tax your existence so they can “fix” the problem of carbon.

But you see, carbon is not the evil molecule that the climate propagandists have made it out to be. The real human activities that are polluting the planet and poisoning people have nothing to do with carbon. Brain-damaging elements such as lead are increasing in the air, water, and soil. Pharmaceuticals are increasing in the water, intermixing and affecting human chemistry. Widespread pesticide and herbicide use is impacting microbial life, plant life, and ecology on a grand scale. Biosludge, a toxic slurry of municipal waste, is being repackaged as fertilizer and spread on rural farms. Fukushima radiation continues to leak into the oceans, distorting aquatic life. (RELATED: Ten alarming, real threats to the environment that are widely ignored by climate change advocates)

These important topics are all but dismissed however because all that climate change alarmists want is to influence your belief and reduce carbon dioxide in the atmosphere, which would send temperatures plummeting worldwide. Even though carbon is an essential molecule of life and is currently measured at record low levels relative to Earth’s history, it’s your belief that the global elites need. Right now, carbon levels average slightly above 400 ppm, but ironically were as high as 7,000 ppm in the past. Volcanoes put more carbon into the atmosphere than human activity. Much of this carbon fiasco is out of human hands.

Arrogantly, global elites want to manipulate the temperature and weather patterns on Earth, in order to send Earth on a path of plummeting temperatures worldwide. The ultimate goal of these elites: Depopulation.

Climate change is the term used to devise for a colder, icier planet, devoid of life. The more we believe in reducing atmospheric carbon, the more we get behind their plans of central economic planning and depopulation. After all, a warmer, wetter planet is a green planet. Therefore, climate change propaganda and carbon reduction are rooted in eugenics, in population reduction, and getting people to cheer it on.

The evidence for this plan is found in the guilt that is being projected upon those who don’t buy into climate change and reduction carbon levels. By not falling for the propaganda, you can be called a climate denier. Some people in authority have called for penalties and civil action against those who deny climate change.

We are supposed to feel guilty for our “carbon footprint.” We are looked down upon, like we are taking up space and using up resources that don’t belong to us. Every breath we breathe is looked down upon as sin, as we exhale carbon dioxide. Even cow and sheep farts are fair game to be regulated and taxed. Expected to go along with the climate change narrative, we are shamed for existing, for breathing, for consuming energy and reproducing.

For people to thrive, the planet actually needs higher CO2 levels. Higher CO2 and warmer conditions would make it easier for people to grow a diverse array of crops. Evaporation of ocean water in warmer conditions would help regions become more self-reliant in the area of food production. Warmer weather invites abundance. Sure, people must learn to adapt to regional changes that take place on this planet, but the hysteria of climate change does nothing but fuel the flames of depopulation goals and manipulation.

Getting serious about pollution requires tackling the real issues that affect the water, soil, and air. Letting global government confiscate the fruits of your labor so “scientists” can control the weather and deplete the atmosphere of carbon is a dagger to all logic and reason. (Thankfully, President Trump broke ties with the Paris Climate Accord.) Feeling shame for exhaling carbon dioxide and cheering on global plans for weather control that leads to a colder planet is not in support of life. It’s anti-life.

Learn why carbon dioxide is NOT a “pollutant” for our planet: