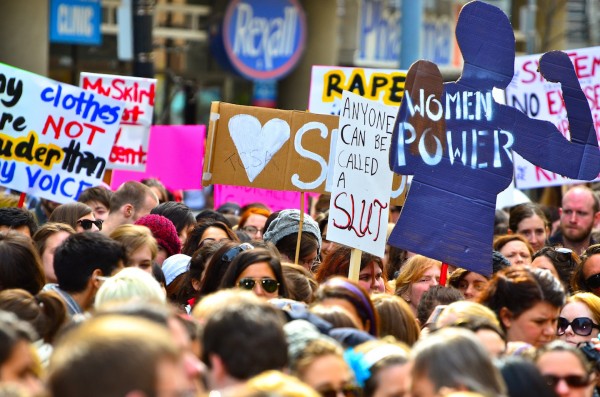 Twitter is exploding with harangue over a recent series of tweets put out by actor and director William Shatner of Star Trek fame. After condemning social justice warrior insanity using the slang abbreviation “SJWs,” the 86-year-old cultural icon was quickly targeted by the very psychopaths that he was talking about, which came out en masse to ridicule and harass the man for speaking the truth.

It all started with a tweet on July 30, in which Shatner wrote the following: “SJW’s can have political views but it’s usually where they need to be superior in socio-economic terms.” This statement quickly drew ire from the SJW crowd, including from a “Jason Gilbert” using the Twitter handle @gilbertcrimlaw, who responded with: “Another troll trying in vain to steer the SJW discussion toward the political. Naturally he wants to, so he accuses you of having done so.”

In a follow-up tweet, Shatner went even further using the popular monikers “misandry” and “snowflake” to describe the weak-minded, man-hating tendencies of many social justice warriors who blame all of the world’s problems on the “patriarchy.” This only further inflamed the hate fest from the SJW crowd, which proceeded to mock Shatner for allegedly being old and out of touch with what’s going on in the world.

“[Y]ou’re too old to say sjw,” wrote “raandy” under the Twitter handle @randygdub in response to Shatner’s claim that SJWs suffer from a “failure of logic,” adding that SJWs stand for inequality rather than equality because they feel “they are superior to any one else.” The situation unraveled from there, with many other SJWs responding with hate to Shatner’s suggestions.

It wouldn’t be the first time that Shatner has faced a barrage of verbal abuse on the social media network simply for speaking his mind. Back in May, Shatner commented on the hypocrisy of feminism on Twitter, stating: “Feminism is great but terms like toxic masculinity are degrading. It borders on that imaginary concept to feminists: misandry.”

This immediately triggered thousands of Twitter users, as well as a transgender activist who whined on her column that she was not pleased with the use of this term. This same transgender activist likened Shatner’s inference that misogyny is completely made up to so-called “reverse racism” being real – in other words, this gender-confused SJW (and many others like it) don’t believe that anyone other than “white” people can be racist.

Shatner became a target of a social media war one month prior to that as well when he decided to tweet the truth about vaccine fraud to infamous vaccine pusher David Gorski, an online “skeptic” who thinks genetically-modified organisms (GMOs) are completely safe, organic food is a hoax, and heavy metal poison is completely appropriate for injection into young children.

In his tweet to Gorski, Shatner actually cited TruthWiki.org, which explains how Gorski is a complete fraud who doesn’t care about facts or truth, but rather about pushing his own bizarre agenda. Gorski has been accused of possible conspiracy involvement in various criminal schemes involving medical malpractice and the maiming of innocent women with breast cancer for profit.

“If Gorski is worried; he has $ & can get a service to hide all that stuff I went health grades & there is 1 review,” Shatner tweeted, to which the attack dogs all came out to defend Gorski and accuse Shatner of being “anti-vax.”

It seems that freedom of speech is only reserved for the Delusional Left these days. Folks like William Shatner, despite their celebrity status, won’t be tolerated, so long as they persist in their politically incorrect views.