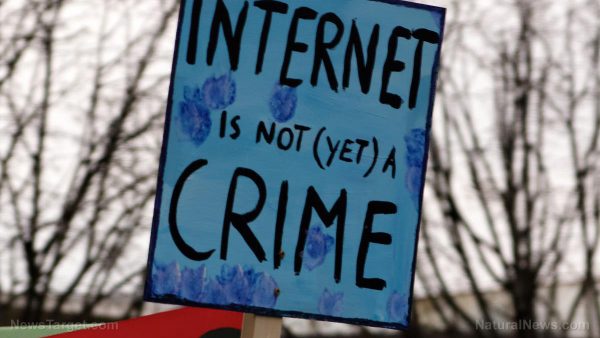 In a move that is sure to anger conservatives and First Amendment advocates across the country, the Google-owned video sharing website YouTube recently announced new plans to censor content that they consider to be promoting “hate speech” or “violent extremism.”

In a recent post on YouTube’s official blog, the company explained that videos could be subject to censorship even if they don’t break any of the existing rules or restrictions. “We’ll soon be applying tougher treatment to videos that aren’t illegal but have been flagged by users as potential violations of our policies on hate speech and violent extremism,” YouTube wrote. “If we find that these videos don’t violate our policies but contain controversial religious or supremacist content, they will be placed in a limited state. The videos will remain on YouTube behind an interstitial, won’t be recommended, won’t be monetized, and won’t have key features including comments, suggested videos, and likes.” (Related: Stay up-to-date with censorship issues at Censored.news)

Almost immediately after YouTube made the announcement, conservatives and other liberty-minded Americans began to sound the alarm bells. For most of them, the issue was with how YouTube was going to define “hate speech,” “violent extremism,” or “controversial religious content.” Would they really be targeting videos that truly were inappropriate for the Internet, or is their real modus operandi the suppression of conservative messages? At the very least, the latter theory is certainly something to consider (RELATED: U.S. Internet censorship mirrors China’s).

When Internet-based companies such as YouTube announce restrictive and regulatory policies, definition is everything. For instance, would it be hate speech for a conservative to post a video in support of traditional marriage? What about a video that condemns the political policies of former President Barack Obama? Furthermore, would a video that supports Christianity over the teachings of radical Islam fall under the category of “controversial religious content?” Based on the information that we currently have about YouTube’s new program – or lack of information, for that matter – it would seem that the potential for abuse is overwhelming and almost inevitable.

YouTube also announced that it plans on launching a “trusted flagger” program, which will consist of several different groups and organizations to help the video sharing website identify videos that contain hate speech and extremism. Unsurprisingly, one of the organizations tasked with identifying which videos are to be censored is the Left Wing No Hate Speech Movement, as well as the Anti-Defamation League. Here again, definition is everything. Will these groups target true, malicious hate speech, or is it just a front to silence voices that don’t fall in line with the liberal ideology?

Curiously, the Anti-Defamation League has been very vocal in its discontent for the Alt-Right and certain pro-Trump groups, but has yet to condemn any of the violence or extremism coming from the Left. For instance, Red Guards Austin, which is a self-described Marxist-Leninist-Maoist collective based in Austin, Texas, has yet to be mentioned by the ADL, despite the fact that Red Guards Austin supports the idea of a violent revolution in order to bring about a communist state. Their website even features a series of pictures of masked demonstrators wielding rifles and marching through the streets. If this group isn’t extreme enough to get the attention of the Anti-Defamation League, then what group is?

Perhaps the group Redneck Revolt will make the cut, an “above ground militant formation” founded in June of 2016, whose website includes sections on “sabotage,” “kidnapping,” “executions,” “armed propaganda” and “terrorism.” Then again, maybe not – the Anti-Defamation League has yet to condemn Redneck Revolt as well.

The fact that the Anti-Defamation League can’t even include radical organizations like Red Guards Austin or Redneck Revolt on their list of hate groups is very telling of both where the ADL’s priorities are, and what kind of videos YouTube is looking to censor. If the most popular video sharing website in the world recruits an organization that gives a pass to violent Left Wing groups, then we are in serious trouble.