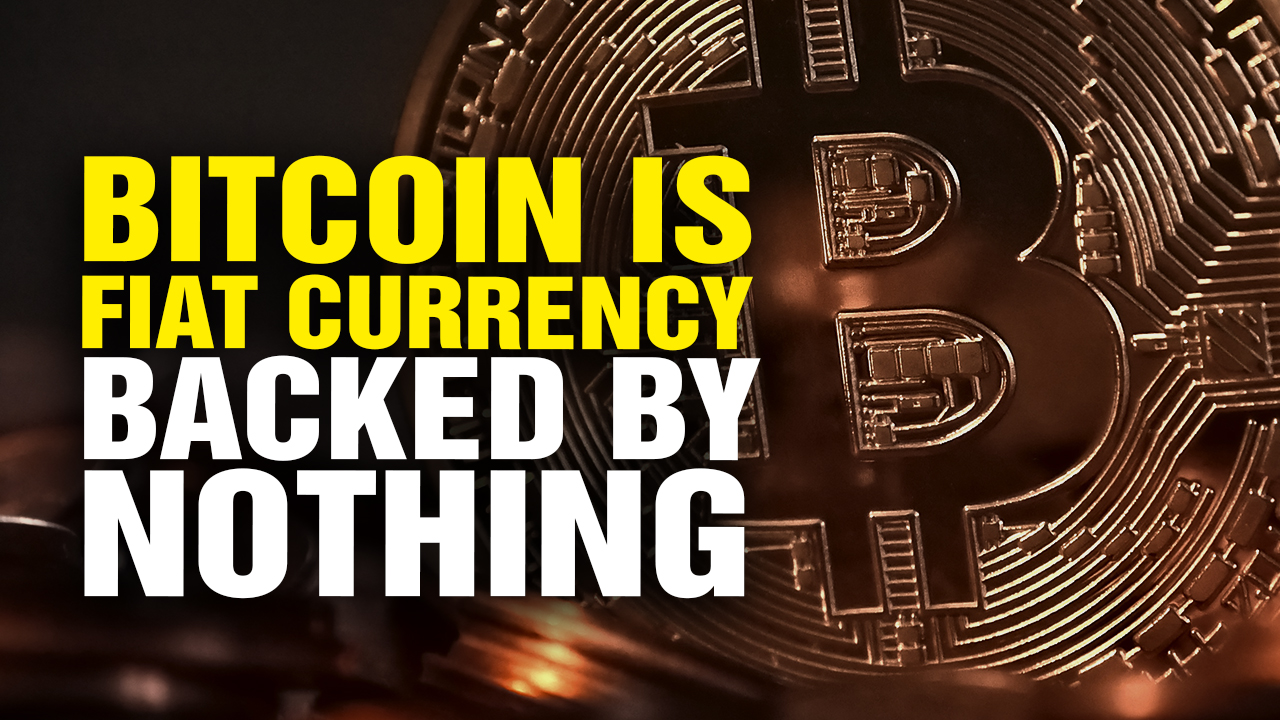 Bitcoin just blasted through $4000 as new suckers have been convinced that a cryptocurrency backed by nothing is a magical perpetual motion machine that will make everybody rich if they would just buy more Bitcoin.

The sales pitch for Bitcoin now mirrors the greed-driven con of the dot-com bubble: “Mortgage your house! Buy Bitcoin! You’ll never have to work again!”

We’ve heard all this before, of course, and it always ends badly. Tulip bulb mania. Dot com bubble. Housing debt swaps. Even the South China Sea shipping company. In every case, gullible sheeple suddenly think they are geniuses because they’ve convinced other people to part with their money in order to speculate on something that only goes up in value because more and more people are speculating on it. (Note the self-reinforcing delusion inherent in such bubbles. The more the price goes up, the more they think they’re geniuses.)

Almost no one buying Bitcoin has any idea how it actually works. They’re just ejaculating money at it under the absurd premise that it will keep going up forever. Of course, none of them have stopped to think about the fact that Bitcoin “gains” aren’t real until you sell your Bitcoin. Before you sell it, all you’ve really bought is an entry on a shared digital ledger called the “blockchain.” And only a very tiny percentage of people can sell their Bitcoins without crashing the value of the entire market, which means — by definition — perhaps 98% of those who think they are getting rich are actually getting screwed in the end. They will be the ones left holding Bitcoin as it plunges toward zero one of these days.

The problem with bubbles — including the Bitcoin bubble — is that they’re all based on irrational exuberance and therefore the timing of their eventual collapse can never be predicted with rational or logical analysis. Bitcoin will collapse in a spectacular wipe out at some point, but before that happens, it could still go substantially higher as more and more people buy into the “promised land” of free money without effort. Yet no matter how high it goes, some Bitcoin promoter will always insist it could go ten times higher and therefore nobody should ever sell it. Thus, the whole thing becomes a Bernie Madoff Ponzi scheme that can only survive if people are convinced to never cash out by selling their Bitcoin holdings.

Greed is a strong motivating factor for people who think they’ve discovered a magical shortcut to endless wealth. As always, they’re going to learn a very expensive lesson at some point, but until that day comes, they all think they’re geniuses. It’s amazing how quickly bubbles turn geniuses into fools, of course, but like all bubble investors, these people are too delusional to see themselves as fools yet. Once Bitcoin crashes, you will see Bitcoin promoters desperately scrubbing their YouTube accounts, trying to erase all the videos of their now-obviously stupid advice and predictions. Meanwhile, those of us who warned about the danger of speculative Bitcoin “investing” will be blamed for “crashing the system” by merely pointing out the obvious.

In my latest podcast analysis of Bitcoin, I explain why Bitcoin just proved it cannot be trusted as a store of value. This is a logical, rational analysis, which means it will be entirely ignored by the “magical money machine” hucksters who think they’ve discovered a loophole in the laws of economics. Follow more Bitcoin news at BitcoinCrash.news or BitRaped.com.