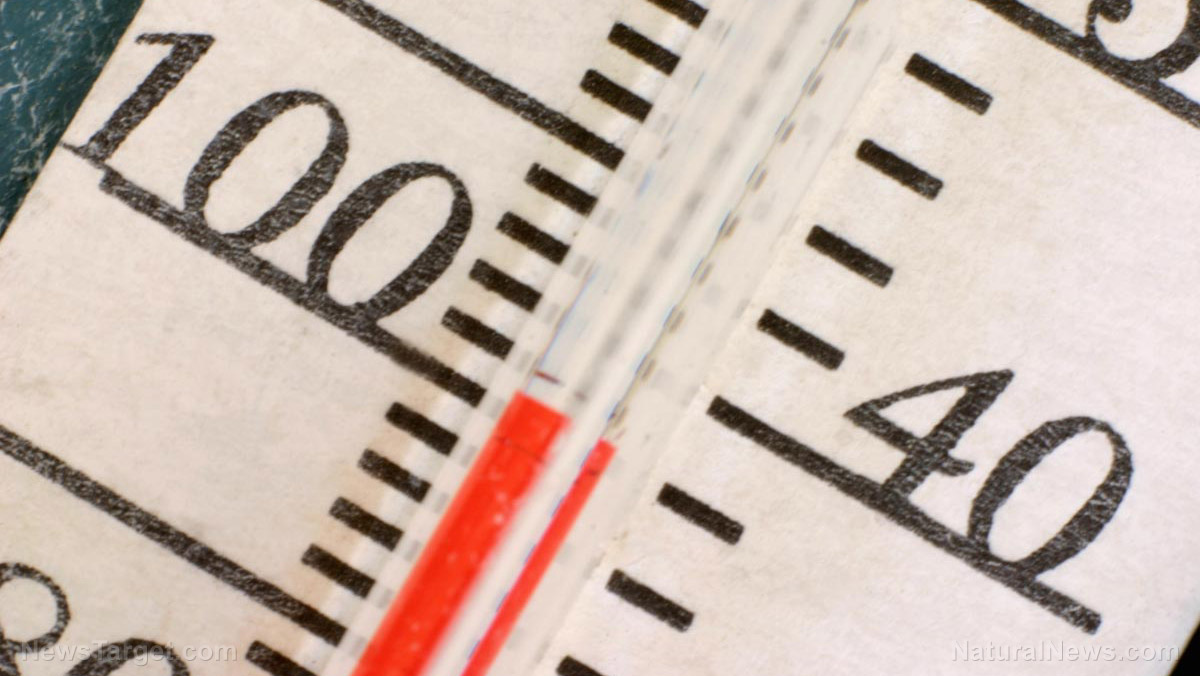 Whether they’re debating a co-worker in the break room or making a movie with a bunch of oversized powerpoint slides, one thing radical environmentalists always seem to do is conveniently leave out any facts that go against their “global-warming-is-going-to-kill-us-all” argument. For example, they have no problem arguing that sea ice is going to melt and water levels will rise due to increasing global temperatures, but they leave out the fact that Antarctic sea ice has actually expanded in recent years. They tell us that carbon emissions are reaching astronomical levels, but conveniently leave out the fact that the amount of carbon dioxide in the atmosphere has been much higher thousands of years prior to the industrial revolution. This is how they sell their agenda to the American people – through lies, half-truths and misinformation.

Yet another example comes from a recent study conducted by the European Commission and the Joint Research Center, which found that heat waves with temperatures of 55 degrees Celsius (or 131 degrees Fahrenheit) would begin to emerge if global warming continues. “Heatwaves amplified by high humidity can reach above 40°C and may occur as often as every two years, leading to serious risks for human health,” the study explains. “If global temperatures rise with 4°C, a new super heatwave of 55°C can hit regularly in many parts of the world, including Europe.”

Yet another study conducted by the Massachusetts Institute of Technology found that “by the end of this century, climate change could lead to summer heat waves with levels of heat and humidity that exceed what humans can survive without protection.”

First and foremost, it’s important to understand that these types of “studies” have been routinely published for decades now. Time and time again, these research groups, which are mostly run by leftists and environmental extremists (the people liberals refer to as “climate scientists”) get together, manipulate data, and come out with “shocking” new reports about how doomed we all are if we don’t go green. Then doomsday never comes, and so they publish a series of new “studies” as if to say, “we were wrong before, but we really mean it this time.” Al Gore is known for doing this very thing. In 2006, he famously predicted that the world would fall apart by 2016 unless we slowed the effects of global warming, and yet – surprise! – it never happened.

But even though these two studies make it seem as though the end is near, once again, the whole truth was not revealed. Last year, a study published in the British Journal The Lancet found that cold weather is 20 times more deadly than hot weather, meaning you are much more likely to die when the temperature takes a dip than you are when it rises.

“Public-health policies focus almost exclusively on minimizing the health consequences of heat waves,” explained Gasparrini, one of the authors of the study. “Our findings suggest that these measures need to be refocused and extended to take account of a whole range of effects associated with temperature.”

The reason why there is so little focus on deaths related to cold weather is because it simply doesn’t fit into the left’s agenda, even though it is a fact that cold temperatures have more of a negative effect on people than hot temperatures do. If the liberals drew attention to the harmful effects of cold weather, then it would take attention away from what they have been trying to sell the people for decades – that a warming world is the single greatest threat to our future, and unless we surrender our liberty, we will lose that future.

What a bunch of baloney.