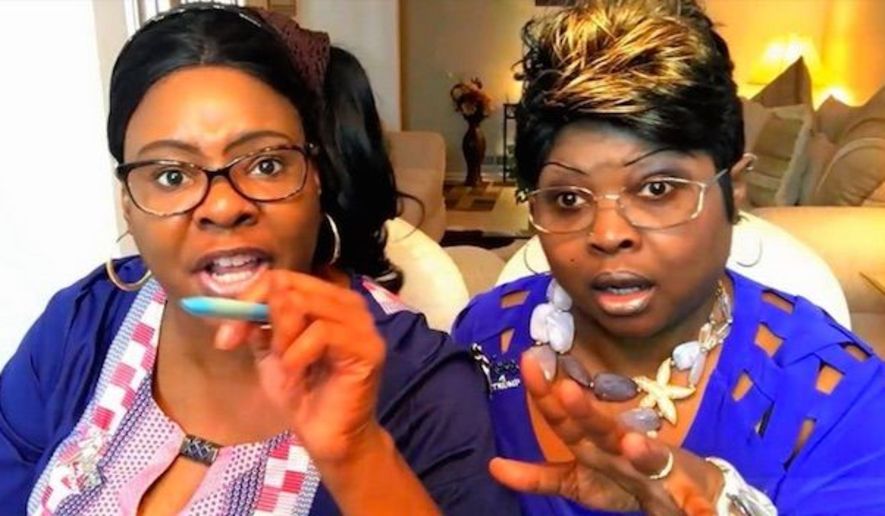 Diamond and Silk, two Southern ladies who were early, exuberant supporters of President Donald J. Trump and remain so today, say that Google-owned YouTube has suddenly demonetized 95 percent of their videos, in what appears to be the latest effort by the media giant to punish political speech it does not agree with.

As reported by the Washington Times, the two ardent Trump supporters, Lynnette Hardway and Rochelle Richardson of North Carolina, said they were informed by the video site that their videos were being demonetized, turning them into the latest casualties of censorship.

“@YouTube @TeamYouTube stopped over 95% percent of our videos from being monetized, stating: ‘It’s Not Suitable For All Advertisers,’” the pair announced in a series of recent tweets. “Wonder if @YouTube @TeamYouTube stopped the monetization of our videos because we are loyal supporters of the @POTUS. Hummmm. Sounds like Censorship to us, which is a Violation of our First Amendment. A Bias Method used to Silence our Conservative Voices. @YouTube, how was it OK to monetize our videos for the past two years and now those same videos are no longer eligible for monetization?”

The two became extremely popular during Trump’s campaign last year for their no-nonsense delivery of support for his candidacy. They were also paid $1,275 for “field consulting” work by the campaign. They have around 89,000 subscribers on YouTube and another 361,000 on Twitter, the Times reported.

Not so coincidentally, the duo’s announcement that their videos have been demonetized comes just two weeks after the online video company announced plans that it would begin combatting “extremist” and inappropriate content. (Related: Google joins Monsanto among the most evil corporations in the world by announcing a ban on anything it considers a “conspiracy theory.”)

“We’ll soon be applying tougher treatment to videos that aren’t illegal but have been flagged by users as potential violations of our policies on hate speech and violent extremism,” the company said Aug. 1 on its official blog.

“If we find that these videos don’t violate our policies but contain controversial religious or supremacist content, they will be placed in a limited state,” the company said. “The videos will remain on YouTube behind an interstitial, won’t be recommended, won’t be monetized, and won’t have key features including comments, suggested videos, and likes.”

Obviously, the company’s speech Nazis think any support for Trump is “controversial” and otherwise inappropriate.

The demonetization of Diamond and Silk’s videos is not the first example of Google’s attempts to punish commentators and websites offering independent thought and opinion outside of the far-Left politically correct intelligentsia.

As NewsTarget reported this week, Google insiders are warning that the company is engaging in “outright censorship” of the Internet — that it’s a top priority for the media and tech giant:

Currently, and sadly, the freedom of speech is under attack in America. The mainstream media, Hollywood, and leftists on college campuses across the country have been the main culprits of the assault on free speech, however recently it has also been undermined on the Internet. More and more frequently, stories are emerging of conservative voices being suppressed or even silenced by various social media websites, search engines, and even Google.

In a series of interviews with former and current employees of the company, Breitbart News asked whether Google, Facebook, and other large Left-leaning media companies were moving to censor content and political speech they don’t like.

“That is absolutely what Google is trying to do,” one worker going by the pseudonym “Hal” said. “The pro-censorship voices are very loud, and they have the management’s ear. The anti-censorship people are afraid of retaliation, and people are afraid to openly support them because everyone in their management chain is constantly signaling their allegiance to far-left ideology.”

And, as evidenced by what happened to Diamond and Silk, what YouTube, Google and others aren’t censoring outright, they are blocking revenue for in an attempt to starve companies of operating cash.