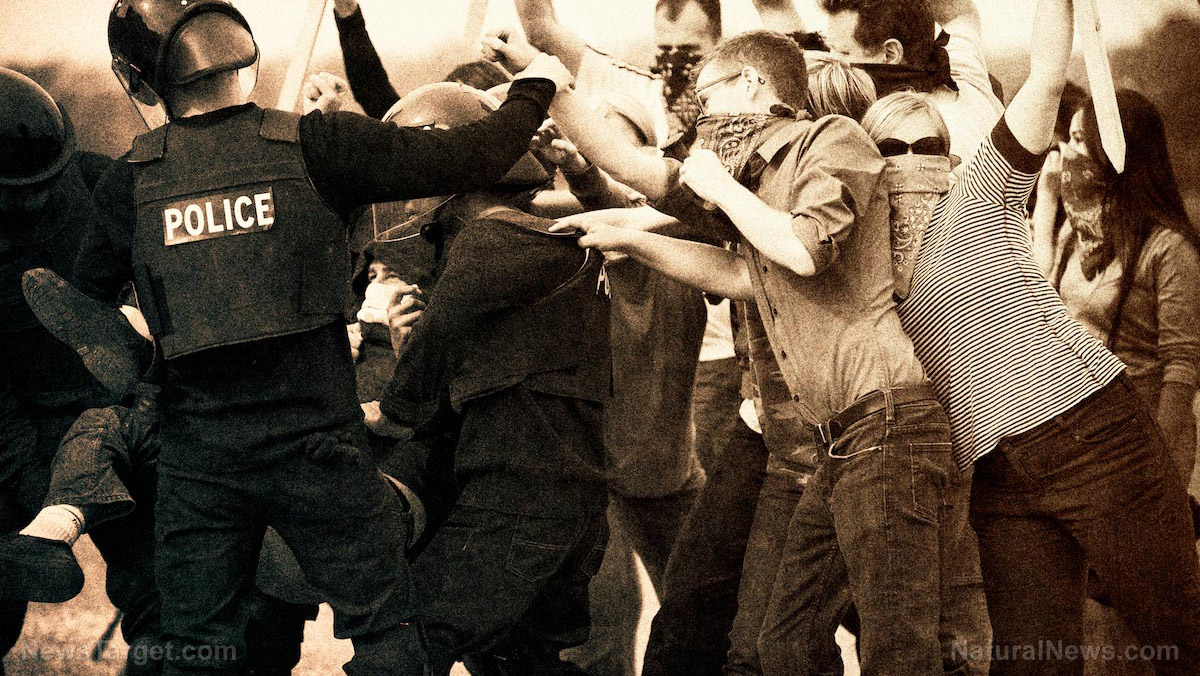 By now you’ve probably heard about the violence in Charlottesville, Va., involving supporters of keeping a Confederate monument to Gen. Robert E. Lee in place and those who want to see it removed from a public park.

While the social commentators and political scientists figure out which side is most to blame — the “Left” or the “Right” — the one takeaway for you is that political violence in America is on the rise, and it doesn’t look like it will subside anytime soon.

In fact, a growing number of experts believe that our country is not only becoming more divided, but that it is becoming more polarized, meaning reconciliation isn’t a likely prospect.

“I think the gap in the country right now is that deep and that real,” former House Speaker Newt Gingrich told Fox News this week. “I think the people on the left have a radically different vision of America’s future than traditional Americans. And I think there’s a small element on the right – which has been there for a long time – which is genuinely crazy.”

I think he’s right. In fact, political discourse in America is every bit as bad as it was during the turbulent 1960s. And if you read pre-Civil War history, you’ll discover that Americans’ competing social, cultural and political viewpoints seem every bit as irreconcilable today as they were in the 1840s and 1850s, even if the specific issues are different.

Violence is a growing element of our discourse. We humans still haven’t figured out how to settle most of our differences without it. And as our discourse spreads and deepens, that means violence is likely to seep into your community in the near future.

I only ask because most people aren’t.

Rational people don’t go looking for violence, but people made irrational by their political and cultural beliefs can certainly visit violence upon those who don’t seek it. The key to surviving it, then, is to 1) anticipate it; 2) prepare for it; and 3) be physically capable of defending yourself.

Even if you never have to fight your way out of a situation — though that seems increasingly unlikely in today’s America — you need to be fit enough to fight if you have to.

Getting in that kind of shape is not easy but I’ve done it. And I want you to do the same thing.

I’ve always been a gym rat, and as a former member of the U.S. military, I’ve had to maintain a certain level of fitness. When I deployed to Afghanistan some years ago, I trained like crazy and was able to really whip myself into shape. And while at the time I was in the best shape of my life, I’ve improved upon even that level of fitness.

Anticipating that social fabric could begin unraveling after the election of Donald J. Trump, whom I voted for and support, I began looking around for new ultra-fitness workouts that would enable me to achieve the kind of strength, agility and endurance I’d need for major physical confrontations. I found several, and for the past six months, some friends of mine and I have adapted many of them to our own style of workouts.

We’ve achieved remarkable fitness levels. I personally lost weight, became more nimble than I’ve ever been, now have greater functional strength and my endurance is outstanding.

But I’ve not done anything most people themselves can’t do if they set their mind to it. And I’m hoping that last weekend’s violence convinced you that there will be more to come while getting to thinking: Would I be able to withstand that kind of physical encounter?

You can if you train for it (though I hope you never have to).

I’ve written a new e-book that is free to download (no, really … it’s free; no catches). Written in conjunction with Bugout.news, it’s called, Fit to Fight: A Prepper’s Guide to Extreme Fitness for All Ages, and it’s located right here. It’s a PDF file, so make sure you can download and read it.

Feel free to share it with others who can also see what’s coming down the pipe and will benefit from getting in fighting shape. It comes with customizable workouts that you can mimic or change to fit your own needs and routines. Print them out and take them with you to the gym.

We can’t stop what’s coming, but we can prepare for it. I believe this free e-book will help you.