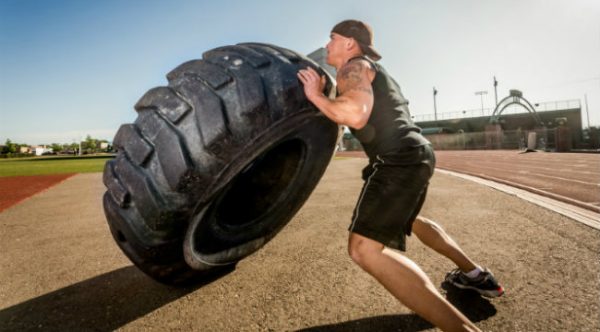 I’m not prone to hyperbole, and I don’t like making dire predictions like the one I’m about to make because I’m no savant, and I don’t have connections to any powers-that-be.

But, I am a great student of history and as an analyst with journalistic, military and intelligence pedigrees I’ve managed to become pretty good at spotting trends, especially those that will impact the greatest number of citizens.

Frankly, I don’t like what I see happening in our country these days. There is way too much violence and hatred, and while we’ve always been a country that took our politics seriously, in the past we’ve managed, for the most part, to solve our differences peacefully.

I see too many factions today that are no longer interested in doing things the old-fashioned way. There are elements within our society today – in the media, in politics, in academia, in our popular culture – who are purposefully creating and then exploiting divisions among our people.

Most of what “divides” us today is based on pure, raw, base emotion: Left versus Right; racial hatred; unwillingness to accept anyone who is different or has a different lifestyle or opinion.

It’s disgusting, frankly, because for a nation that supposedly thrives on its “diversity,” the more diverse we become, the more factions rise up to exploit those differences for personal gain.

Unfortunately, such behavior works, and it is working even better in the Age of Donald J. Trump. The Left has found their ultimate boogeyman, and they won’t stop attacking him until nothing remains of his presidency or, perhaps, our country.

These dangerous elements believe violence is not only necessary, but justified, against political and cultural opponents. Witness what happened in Charlottesville, Va., last weekend: Both sides – Left-wing Antifa and BLM types, as well as Right-wing neo-Nazi and KKK types – showed up armed with guns, clubs, shields and helmets. In other words, they both came together anticipating and prepared to commit violence.

And violence is what they produced, leading to the death of a young woman and the wounding of scores more.

It’s ugly and pathetic and nonconductive to the civil society, but – and here’s my prediction – I don’t see this ending anytime soon.

In fact, I think it’s only going to get worse, and may soon even balloon into a full-fledged civil war.

I hope and pray that doesn’t happen. Any sane person who loves our country shouldn’t want open warfare between the people. It will only lead to mass death and destruction on a scale few people have ever seen.

But what I want and don’t want doesn’t matter much to the powers influencing all of this internal conflict and turmoil. They have agendas, you see, and as long as someone like Trump – who is being maliciously maligned and falsely characterized as a “racist” and “bigot” – is in power, they will never stop trying to make our country ungovernable.

So, as I see it, we have a choice: We can sit back and hope things don’t get worse, or we can prepare ourselves and our families for that distinct possibility.

I have chosen the latter.

For a number of years I have been a “prepper”— stockpiling food and provisions; learning practical skills that will help me cope with grid-down scenarios; training with weapons; consulting experts … and getting in the best shape of my life.

I’ve spent time overseas in the military. I’ve been deployed to Afghanistan. I had to navigate terrain at altitudes of 9,000 to 10,000 feet, where the air is super-thin – and all while toting 80 pounds of gear, weaponry and body armor. Those were extreme conditions that called for extreme physical conditioning.

I got myself in shape by jettisoning my normal “gym” routine of lifting weights and running a little, instead adopting workouts and exercises that built functional strength and endurance. I still do these workouts today with several friends who are equally concerned about what they’re seeing taking place in our society.

And I’ve put a number of these exercises together in a new e-book I want you to have – completely free – called Fit to Fight: A Prepper’s Guide to Extreme Fitness for All Ages.

In it, I explain a little about what’s going on in the world and why it is vitally important for you to get into fighting shape – because you just may have to fight at some point in the near future.

Most people – even gym rats – are not prepared for the physical demands of personal self-defense. This e-book is chock-full of workouts and exercises that will help you build functional strength and endurance, the kind you’ll need to help you survive the coming storm.

Click here to download Fit to Fight today – produced in conjunction with Bugout.news and The National Sentinel.

Don’t wait. And don’t leave your safety and well-being to chance. Give yourself the best chance to survive by dramatically improving your physical conditioning. Start today.