The Alt-Right has been repeatedly disavowed by Trump, but the violent Alt-Left has NEVER been disavowed by Democrats 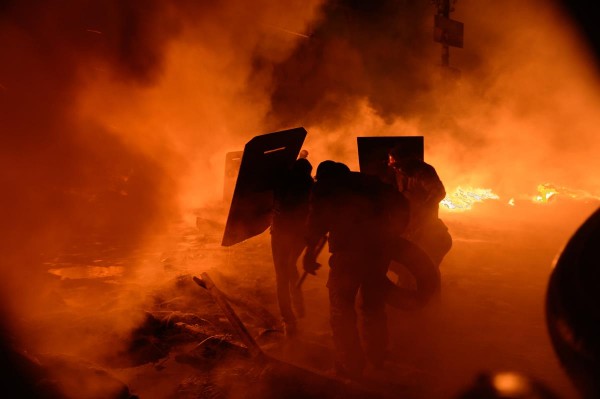 Though Democrats and their Marxist puppet masters in the establishment media are attempting to memory-hole President Donald J. Trump’s very explicit, very clear, very specific denunciations of white supremacists, the KKK and neo-Nazis in the aftermath of the recent violence in Charlottesville, Va., the same Alt-Left screaming that Trump is a ‘racist bigot’ have thus far failed to similarly call out their groups who are committing violence in the name of “freedom” and “democracy.”

As noted by Jack Prosobiec, with The Rebel Media, in a YouTube video, these facts are as obvious as they are incontrovertible — but you won’t hear the Marxist Left media reporting it or even pretending to be ‘fair and balanced’ on the issue.

And because of that, Posobiec — a Navy vet who has worked for four presidential campaigns — thinks the Democrat Left has “overreached” and will suffer even bigger defeats at the polls in the months and years ahead.

That would be groups like Antifa and Black Lives Matter, both of whom have been showing up for months at events featuring speakers and political figures who espouse conservative ideology. And Trump supporters especially have had to deal with these thugs, who are showing specifically to use force to intimidate and harm them.

Using force to achieve a political objective, by the way, is the textbook definition of terrorism. And since these thugs are Americans, they’re, by definition, domestic terrorists.

Yet leading Democrats have not disavowed these people and their groups — and they haven’t been forced to or shamed into doing so because the same disgustingly dishonest media attacking Trump won’t attack them.

Prosobiec predicted in his video that Obama will soon begin giving speeches about Charlottesville in which he will portray the Alt-Left groups that showed up there armed and ready to do battle as being noble defenders of democracy and opponents of “hate.”

In fact, those groups are already being deified by Marxist Democrats — and some #nevertrump Republicans who see it as just another opportunity to bash a president they don’t like (because they were unable to keep him out of their party and out of the White House).

Prosobiec said he also believes the Deep State is assisting Obama in running a ‘shadow government’ — the same Deep State, he says, that revoked his security clearance some time ago, but continued to allow Hillary Clinton and Susan Rice to have them, despite the fact that both violated national security statutes.

Democrats “are completely overreaching,” he said. “They are burning statues of Abraham Lincoln. They’re tearing down…statues all over the place. When it comes down to it, the meme in all of this will be the violence of the Alt-Left.”

One recent article even suggested that the Alt-Left was becoming “the Democrats’ Tea Party” — and “it must be stopped.” Except that the Republicans’ Tea Party wing was never violent and did not show up to liberal speaking or political events armed with clubs for the express purpose of beating on liberal supporters. (Related: Alt-Left leader vows to ‘crush skulls’ at Conservative prayer rally with nail-embedded bat.)

The U.S. Commission on Civil Rights was quick to condemn the white supremacists involved in the violence in Charlottesville, Virginia, but they voted down a proposal to also condemn violence from the the far-left group Antifa.

In a vote to include Antifa in the official commission statement, four Democratic commissioners voted “no.” The Republican who proposed it, Gail Heriot, and the Republican who seconded the proposal, Peter Kirsanow, were the only two who voted “yes.”

Translation: Left-wing Democrats will always condone violence that is directed at conservatives and Republicans, which makes them part of the country’s largest hate group.