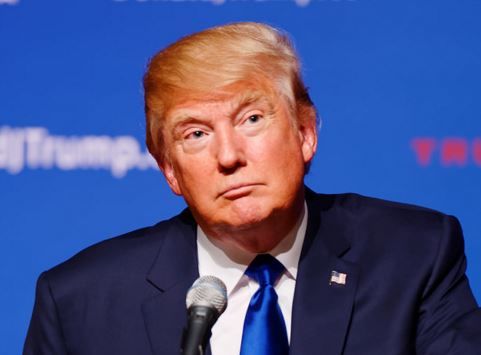 President Donald J. Trump is preparing to keep a couple of campaign promises in his quest to “Make America Great Again.”

As reported by Fox News, Trump will end a program implemented — unconstitutionally by the way — by President Obama to allow younger illegal aliens already in the country to stay, have jobs, and live without fear of being deported.

The news site noted that Trump could make the announcement as early as Friday, according to officials with knowledge:

Trump promised to terminate the Deferred Action for Childhood Arrivals program, or DACA, during the presidential campaign — but since taking office had left the door open to preserving parts of it.

According to the official, Trump is expected to announce the program’s end but will allow so-called “dreamers” currently in the program to stay in the U.S. until their work permits expire – which, for some, could be as long as two years.

The program was started by Obama in 2012 — after he won reelection that year and after he had said repeatedly he did not have the authority to do it.

In May 2010, Obama told a crowd at a Cinco de Mayo celebration, “Comprehensive reform, that’s how we’re going to solve this problem. … Anybody who tells you it’s going to be easy or that I can wave a magic wand and make it happen hasn’t been paying attention to how this town works.”

Trump’s pledge to end the DACA, often referred to as “amnesty for Dreamers,” has the support of immigration reform groups and conservatives.

“Our position has been that President Trump should allow DACA to lapse,” Ira Mehlman of the Federation for American Immigration Reform told Fox News. “As people’s two-year deferments and work authorization expire they should not be renewed.”

Earlier this year Trump signaled he may be willing to allow the executive order to stand. In an interview with ABC News, he said of those currently taking advantage of DACA, “The shouldn’t be very worried. I do have a big heart.”

The White House did not confirm the report. A “final decision on this has not been made … it has not been finalized, and when it is, we will let you know,” said White House spokeswoman Sarah Huckabee Sanders.

Only the president knows what has changed since then and led him to opt for keeping his campaign pledge, but a new study out this week may have had something to do with it. (Related: Find more news and information about the administration’s immigration reform efforts at InvasionUSA.news.)

One of Trump’s other campaign promises was that he would pursue and implement policies that would create American jobs. A study by FWD.us, an open borders group created by Facebook founder Mark Zuckerberg, that was intended to demonstrate the hardships of ending DACA backhandedly revealed that ending the program would create 700,000 jobs for Americans.

As reported by The National Sentinel, the study claimed that as more illegal aliens’ work permits were not renewed, 30,000 new jobs would open up every month. And while FWD.us president said ending DACA would have “severe consequences” for the economy, there is no doubt those jobs would then be filled by Americans, thereby handing Trump a dual-win.

There is also this prospect that may have weighed on Trump’s mind. Currently, several states are suing the federal government over Obama’s executive order; if courts had sided with the states, the Trump administration would have had no choice but to curtail the program. Either that or the administration could have simply decided not to defend the executive order.

Either way, it appears that Trump is getting set to keep a couple more of his campaign promises.