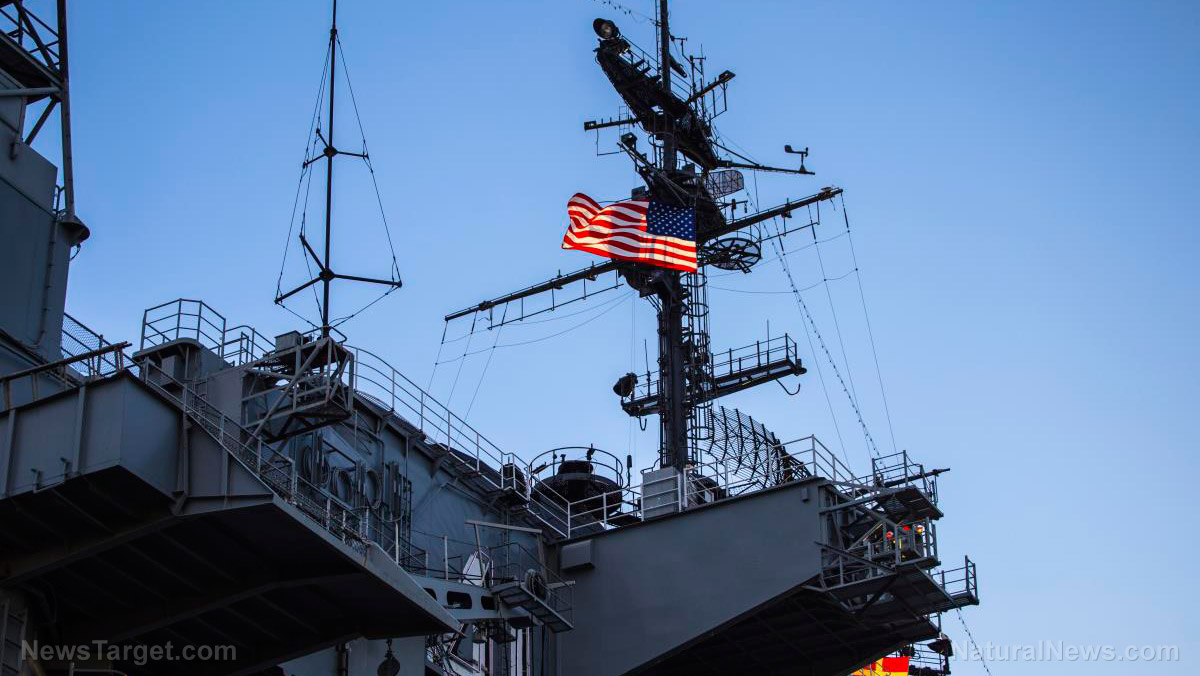 The United States Department of Transportation Maritime Administration (MARAD) believes they may have seen the first documented use of GPS misdirection; a spoofing attack instigated by Russia that affected at least 20 ships, sending misleading signals to disrupt navigation targeting. Experts say that this could be the first signs of a new form of electronic warfare. If true, it could mean a devastating blow to our current technologies and how our naval officers coordinate with each other.

In a seemingly bland report, the MARAD noted an unusual disturbance somewhere in the Black Sea (44-15.7N, 037-32.9E) on June 22, 2017. A master of a ship said that his GPS had placed him in the wrong spot. The captain initially thought that the ship’s device had stopped working and contacted nearby vessels. It was only then did they find out that at least 20 ships were affected. The automatic identification system (AIS) in all of the ships (which sends signals to a satellite that then records the vessel’s exact location) showed all 20 boats in the same airport. This was more than 32 kilometers inland of the Russian port of Novorossiysk, in which the nearest ship was located.

MARAD has yet to confirm if this attack, indeed, was a planned hack by the Kremlin.

Nevertheless, there are speculations that Russia is developing a GPS interference technology that actively misdirects signals. In the past, the biggest worry our military had with GPS systems was jamming. This occurred when an enemy target would send outside noise or signals to drown out the navigation tracking device. It was an effective, if not crude, method of spoofing. The ham-handed disturbance, however, was easy to spot. GPS misdirection is more subtle. An enemy would send a false signal from a ground station to simply confuse a satellite receiver. This would place a target in another location.

The successful development of the technology was predicted by several technology experts as far back as 2013. One such analyst, Todd Humphreys of the University of Texas at Austin, said he had been warning the public of GPS spoofing for as long as he can remember. “The receiver’s behavior in the Black Sea incident was much like during the controlled attacks my team conducted,” he said.

Humphreys points out that geolocation interference by Russian intelligence has been ongoing for more than a year now. It started very small; several news reports (which incidentally drew very little attention) highlighted some “chaos” that occurred for the receivers on phone apps in central Moscow. Users noticed that the built-in GPS device on their phone was misbehaving. It only became apparent when people attempted to play Pokemon Go. A fake signal, which allegedly came from the center of the Kremlin, relocated any person nearby to Vnukovo Airport, which was 32 kilometers away.

GPS misdirection could serve two functions. The first, and perhaps most obvious, is defensive. Many NATO-guided bombs and missiles rely on GPS navigation. Successful misdirection would protect invaluable infrastructure. The second function is offensive. Spoofing could confuse vessels — especially those in congested waters with poor weather — to accidentally collide with one another. (Related: Russia preparing pre-emptive nuclear strike on America, warns Paul Craig Roberts.)

Humphreys says that building a GPS spoofing device is not at all difficult. He was able to build a primitive device from scratch in 2008, with materials and software that could be bought or downloaded over the internet. The device would not require much power either. A basic 20-watt GPS spoofing device could affect objects 20,000 miles away. Humphreys warns that any competent hacker could do it and Russian officers should not have any difficulty in developing the technology on a large scale.

Keep yourself informed with RealInvestigations.news.