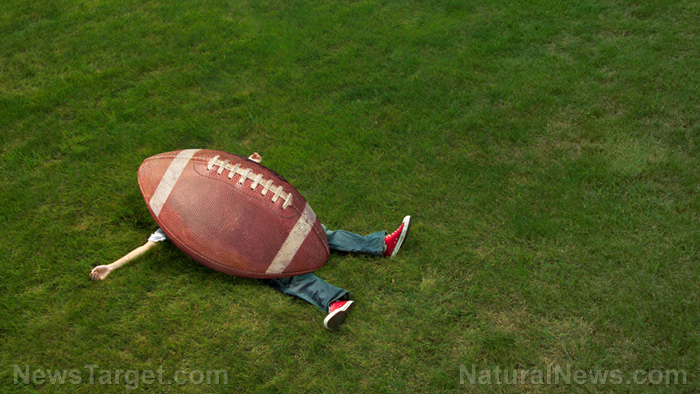 It is sad, despicable and even a little bit pathetic that the NFL has now become a propaganda arm of the anti-American Left, where identity politics and derision are poisoning everything. Under the twisted guidance of the intolerant Left, NFL teams now stand for “God Save the Queen” when playing in the UK, but refuse to stand for the national anthem of their home country, the United States of America.

What’s next? Will every NFL game feature a ritualistic burning of the American flag before the first kickoff?

What’s even more sickening about all this is that the same petulant, crybully stance of hating America that has swept across this nation’s colleges is now infecting professional sports. The very same country that provided these NFL players the extraordinary opportunity to achieve fame and fortune based on merit rather than skin color is now rejected by those who benefit most from those very freedoms.

It’s time to boycott everything NFL. (Help make “NFL” stand for “Not For Long.”)

The entire Pittsburgh Steelers team remained in the locker room during the national anthem, with the exception of one player: Army veteran Alejandro Villanueva, who plays offensive tackle for the Steelers.

While the rest of his teammates remained in the locker room, Villanueva stood in the tunnel holding his helmet in his left hand and holding his right hand over his heart as the anthem played.

Villaneuva played in college at West Point Military Academy before going on to become an Army Ranger. He served three tours in Afghanistan and was awarded the Bronze Star Medal for Valor.

He served three tours in Afghanistan and was awarded the Bronze Star Medal for Valor. He was signed by the Philadelphia Eagles in 2014 before eventually joining the Steelers.

Villanueva is a real American. Everybody taking a knee is a pathetic anti-American crybully who should denounce their citizenship and move to Cuba, China or North Korea. (I hear the North Korean football team is a real bang-up operation!)