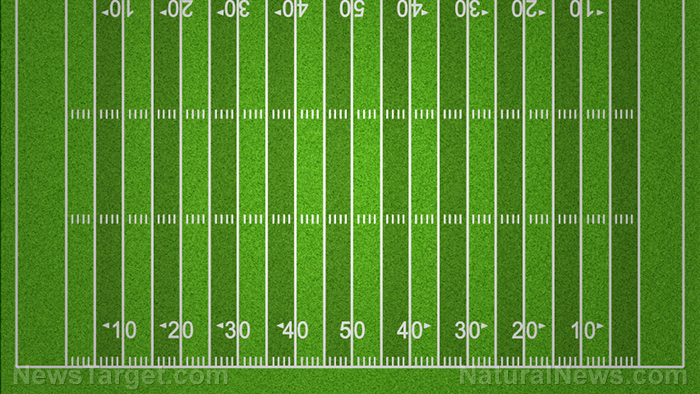 Traditional American values – faith, family, patriotism, country – have been under assault by the Marxist Left for decades. Socially and culturally, they have worked tirelessly to transform America into something most of us don’t recognize: Away from the mores and values that made us the greatest country on earth to ideals and practices that range from the foreign to the outrageous. And all the while anyone who has opposed the intentional bastardization of our traditional values has been pilloried by Leftist bullies – in politics, in the press, in the entertainment industry, in academia – as a racist, bigoted, homophobic dividers, just for disagreeing.

Now, the cultural transformation has infected sports too, as one of our most popular games – professional football – is being attacked.

As you’ve no doubt heard, scores of mostly black NFL players have taken to protesting the National Anthem, our flag, and our scores of veterans (this writer, included). What you may not know is that they are protesting over a myth: That most police officers in America are racist bigots who arbitrarily gun down African-American men by the droves and get away with it. With this much sanctioned murder of black people, these players insist, there is simply no way they can, in good conscience, honor the flag and anthem of a country that would “allow” such things to happen. (Related: In our twisted “progressive” society, what takes real courage is STANDING for the national anthem… #BoycottNFL.)

In fact, such things aren’t “allowed” to happen, as statistics bear out.

Police who murder are tried and found guilty, then sent to jail. And while it is, admittedly, harder to get a murder conviction for a police officer, the claim that there is wholesale racism and gunning down of young black men all across the country is simply not true. But these players don’t want to hear the truth because it doesn’t fit their political objectives, agenda, and narrative: That America is inherently racist and those responsible (insert average white supporter of President Donald J. Trump here) must be held to account and punished.

The Washington Post published what it no doubt hoped would be a shocking study at the close of 2015, which found that police had killed 965 people that year. Shocking! The ‘study’ came at a time when Black Lives Matter was kicking into high gear and the lamestream media was doing all it could to perpetuate the lie that cops are racist killers of black people. It wasn’t long after – September 2016 – when then-San Francisco 49ers quarterback Colin Kaepernick took up “the cause” and infected the NFL with the kind of anthem protests we’re seeing now.

There was just one problem with the findings: They didn’t prove the narrative. They didn’t refute the lie.

In a breakdown of the findings, the New York Post noted:

* In three-quarters of the shootings, police officers were either under attack by perpetrators or were defending civilians who were under attack. In other words, they were ‘protecting and serving,’ which is their job.

* By far, most of the people killed were brandishing weapons at police officers, suicidal, mentally troubled or just plain bolted when they were ordered to surrender.

* Nearly one-third of police shootings came after a high-speed car chase that began with a minor traffic stop.

One more stat: Most people shot by police are white. And here’s another: Blacks account for far more crime, proportionate to their population numbers, than any other ethnicity. From 1980 to 2008, when they represented just 12.8 percent of the population, blacks accounted for more than 52 percent of all homicides.

Police officer misconduct, and certainly murder, ought to be prosecuted the same as anyone else, for certain. But these figures and statistics show that the narrative adopted by most protesting players – there is an “epidemic” of police “killings” of black people – is just not true.

Which makes the flag and anthem protests at NFL games just as bogus.