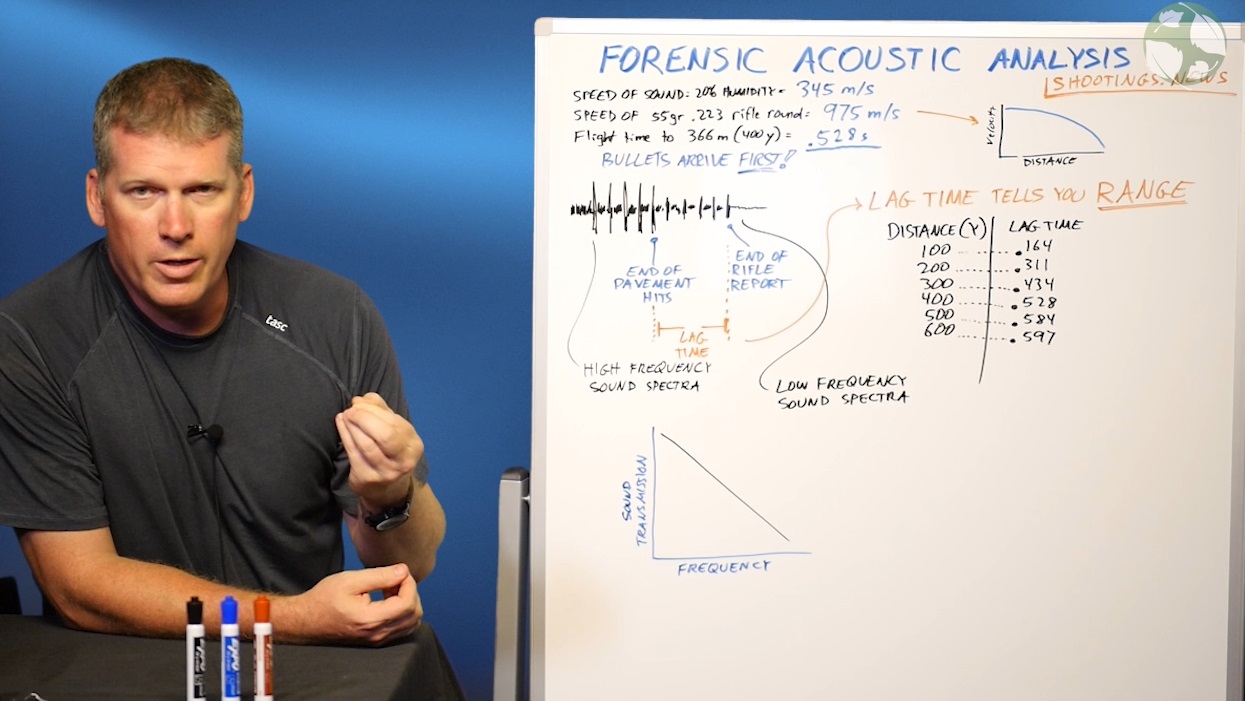 Las Vegas / Mandalay Bay bombshell: Watch the presentation below for the full, astonishing details of how a forensic acoustic analysis proves the existence of a second shooter at roughly 250 – 270 yards from where mass shooting victims were filming the tragedy as it unfolded.

In essence, because of the differences in the speed of sound vs. the speed of the bullets from a known cartridge (.223 Remington, in this case), the time lag between the last bullet hitting the pavement and the last audible report of the rifle muzzle can be used to very accurately calculate the range of the shooter (relative to the position of the person recording the video).

More importantly, when the audio from the Las Vegas shooting is analyzed, it reveals TWO shooters operating at the same time, not just one shooter. Shooter #1 is operating at 425 – 475 yards, which is consistent with the Mandalay Bay hotel, but shooter #2 is operating at approximately 250 – 270 yards.

This fact is encoded in the audio of numerous videos posted on YouTube. This is all explained in the video below, with detailed whiteboard calculations and diagrams: