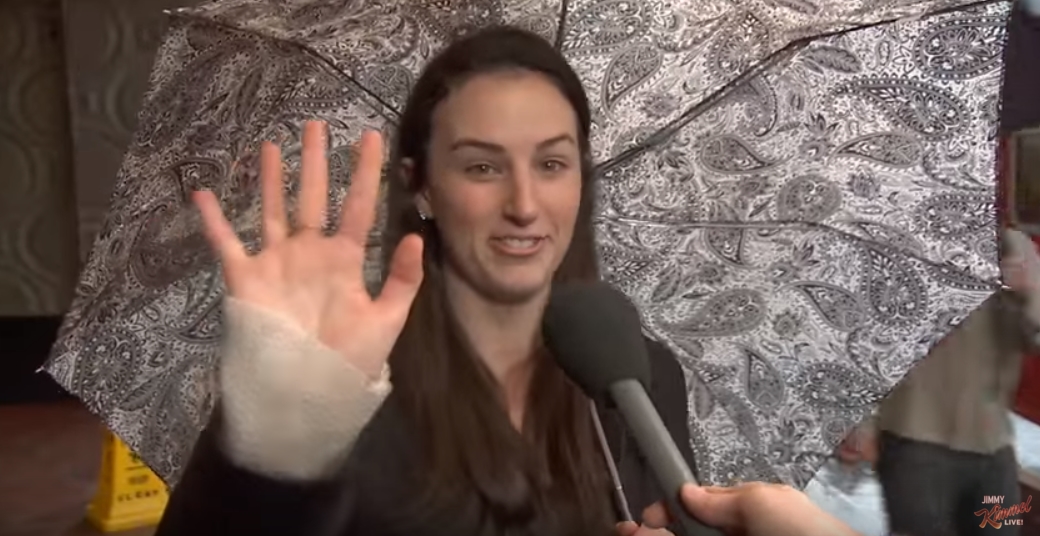 Late night host Jimmy Kimmel has been in the news lately for his gun control rhetoric. The comedian-turned-DNC talking point spewer is under fire for an old clip featuring him asking women to feel whats in his pants for The Man Show.

In the wake of the Harvey Weinstein scandal, the skeletons in other celebrities’ closets have been coming out.

[…]He suggested one woman “use two hands” and jokingly said “maybe it’d be easier if you put your mouth on it.”

Kimmel asked another woman how old she was, which she said 18.

“Are you sure?” Kimmel replied. “Because Uncle Jimmy doesn’t need to do time.”

When one of his contestants was aggressively feeling around his pants, he told her “You’re gonna make a fine wife.”

In the end, he revealed what he had in his pants: a zucchini with a rubber band on it.

Kimmel has been locked in a Twitter Feud with Donald Trump Jr. lately.

More gems from #Kimmel.
Here he has women feel his crotch to guess what he stuffed in his pants.
KIMMEL: "You should put your mouth on it" pic.twitter.com/Yv0MVN9vPw

Donald Trump Jr. trolled Hillary Clinton on Saturday in a viral tweet. “Weird, Hillary has been really quiet about Harvey Weinstein. You would think she would be all Over this. #WhatHappened?”

But Don Jr. wasn’t finished yet.

Weird, Hillary has been really quiet about Harvey Weinstein. You would think she would be all Over this. #WhatHappened?