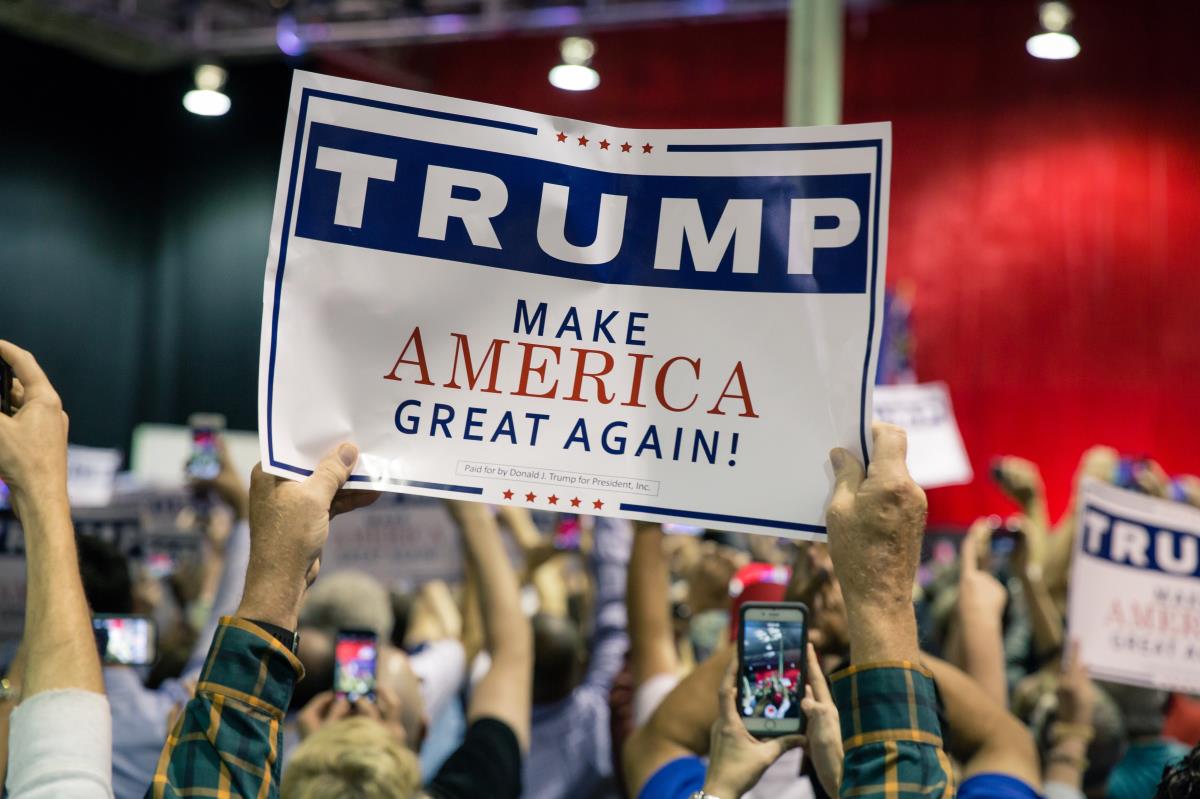 It appears to be morning in the U.S. once again as President Donald J. Trump’s policies continue to “Make America Great Again.”

Despite all of the opposition the president is getting — from the Party of No (a.k.a. the Democratic Party), #nevertrump Republicans, the Marxist media and Left-wing academics, the country is experiencing an economic and fiscal revival, as evidenced by the meteoric rise of the stock market and Americans’ confidence in their futures.

The Nasdaq composite advanced 0.2 percent to 6,605.80 and notched intraday and closing records.

The S&P 500 finished 0.1 percent at 2,553.17 and hit an all-time intraday high, with information technology and materials leading advancers.

Bank of America’s shares jumped 1.5 percent on earnings that were better than expected. Similarly, Netflix shares rose 1.9 percent, crossing the $200 threshold for the first time to an all-time record as investors bought up stock ahead of the company’s earnings report due out next week.

“The good news is the number of companies currently beating estimates, and the margin by which they are doing so, is running at a clip well above what these same 31 companies have recorded, on average, over the past three years,” said Nick Raich, CEO of The Earnings Scout.

“We’ve had three good quarters in a row for earnings if you go back to the fourth quarter of 2016,” added Ernie Cecilia, CIO at Bryn Mawr Trust. “Last quarter, we also saw an improvement in revenue growth as it moved ahead of its long-term trend, which is a positive.”

The markets aren’t just for “rich people,” mind you, which is what makes the Trump-era rise so significant. Tens of millions of ordinary Americans with 401K’s and other savings-and-retirement accounts also see their net worth rise when the markets rise, and that’s a great thing for their future.

All of this winning that Trump promised us on the campaign trail is having a positive effect on consumer confidence as well. As reported by Bloomberg Markets, a University of Michigan survey found that U.S. consumer sentiment “unexpectedly” surged to a 13-year high “as Americans’ perceptions of the economy and their own finances rebounded following several major hurricanes.”

The jump in sentiment, which was greater than any analyst had projected, may reflect several trends: falling gasoline prices following a hurricane-related spike; repeated record highs for the stock market; a 16-year low in unemployment; and post-storm recovery efforts driving a rebound in economic growth.

“While the early October surge indicates greater optimism about the future course of the economy, it also reflects an unmistakable sense among consumers that economic prospects are now about as good as could be expected,” Richard Curtin, director of the University of Michigan consumer survey, said in a statement. “Indeed, nothing in the latest survey indicates that consumers anticipate an economic downturn anytime soon — which contrarians may consider a clear warning sign of trouble ahead.” (Related: After GOP liars failed to repeal Obamacare, Trump will gut the law with executive orders.)

Now mind you, there are going to be plenty of people who continue to deny that Trump has had anything to do with this. But as The National Sentinel points out, the president has dramatically cut regulations, rules and government bureaucracy — all of which has had a drain on the economy — while reintroducing competition, reforming Obamacare through executive actions, and generally doing all he can to get the Washington Swamp off the backs of Americans and the U.S economy. Taken together, these and other actions, such as pushing for major tax cuts for job creators, has had an overall cumulative positive effect.

“As in the past, committed Leftists in academia, the media and on Capitol Hill will credit everything and everyone except the president of the United States. But you can bet your assets if markets and consumer confidence were down he’d get all the blame,” the site noted.