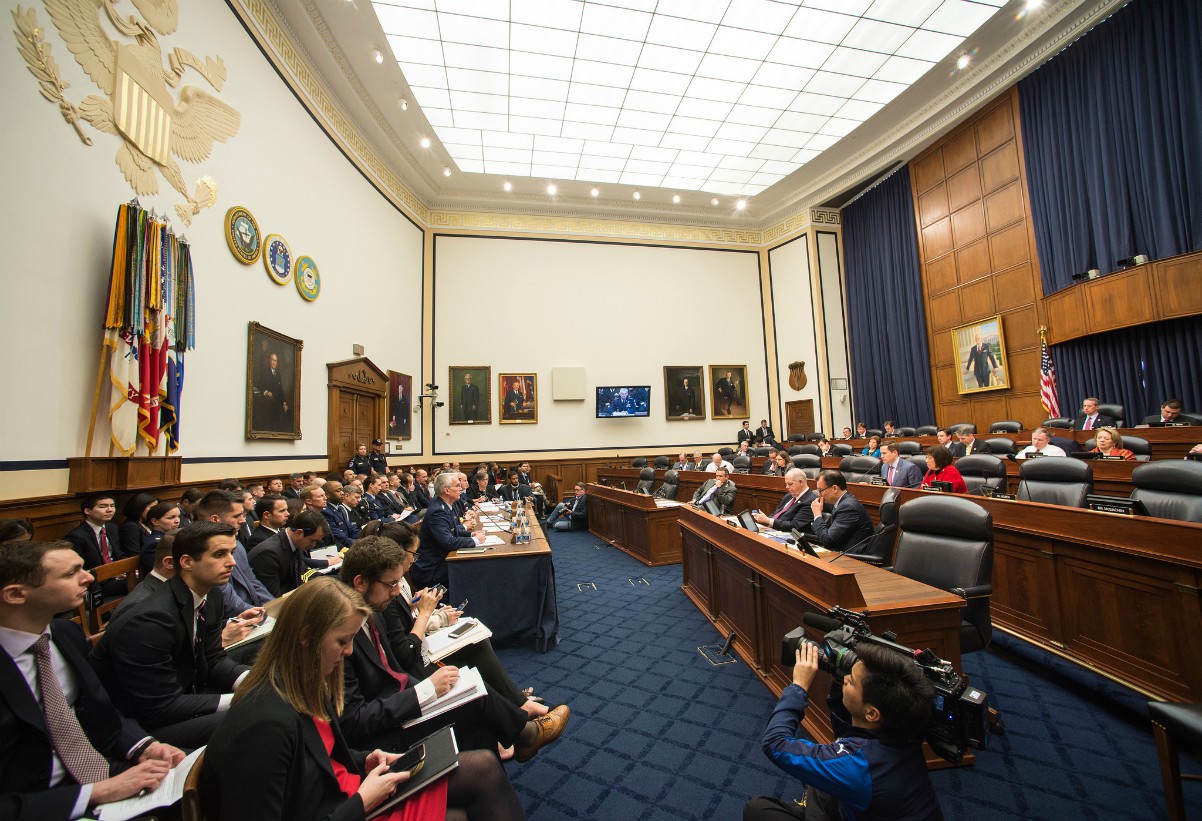 I’ll just come out and say it: On most occasions, whenever a suspect pleads his or her Fifth Amendment right against self-incrimination when being questioned under oath, that generally means they’ve got something to hide. It doesn’t necessarily mean guilt, just that they’re hiding something that would make them look bad if they responded to the questioning.

As reported by The Daily Caller, two co-founders of Washington, D.C.-based opposition research firm Fusion GPS, which commissioned a former British spy to produce the infamous (and totally discredited) “Trump dossier,” involved the Fifth during appearances before the House Permanent Select Committee on Intelligence on Wednesday, according to a source who spoke to the website on condition of anonymity.

The Fusion GPS founders — Peter Fritsch and Thomas Catan — pleaded the Fifth “to every question asked of them,” said the source.

Earlier this month the intelligence panel sent subpoenas to Fritsch, Catan and a third partner, Glenn Simpson, in order to discuss their link to and involvement with the bogus dossier which the FBI reportedly used to justify investigations into Trump’s campaign last year. The dossier was compiled by Christopher Steele, a former British spook who has since disowned it.

House Intelligence Committee members had been forewarned that the session would be unproductive. Fusion’s lawyers sent a letter to Rep. Devin Nunes, R-Calif., the panel’s chairman, informing him that all three partners — former Wall Street Journal reporters, all — would not cooperate with lawmakers. The letter cited First Amendment protections and agreements regarding confidentiality.

The panel had every reason to call Fusion’s partners to appear. Previous reports noted that the firm was working on behalf of an ally of Hillary Clinton a year ago in June when Steele was hired to probe any of Trump’s personal and/or business dealings with Russia.

The investigation produced a 35-page document chock full of wild claims and unsubstantiated salacious charges regarding Trump himself and some of his campaign officials. In addition to some politicians, the FBI has also used it to justify an investigation into alleged “collusion” between Trump and Russia to “steal the election” from Clinton. (Related: FBI’s Comey made inconsistent statements about Trump ‘dossier’.)

Congressional Republicans have questioned the FBI’s decision to rely on the dossier given that its most sensational allegations have not been proved. They are also interested in who hired Fusion.

But alas, no one is talking. Yet, anyway.

For their part, Fusion’s attorneys blasted the panel and Nunes in particular for issuing the partners’ subpoenas. “No American should have to experience today’s indignity,” railed attorney Josh Levy after the Wednesday session. “No American should be required to appear before Congress simply to invoke his constitutional privileges.”

Well, yeah, they should have to appear if they’re subpoenaed. What’s more, why are Fusion partners protected from “indignity” after imposing it on Trump and his campaign staff with their BS “dossier?”

The fact is there is smoke here, and it’s likely being caused by a great big fire that is smoldering just below the surface. Here are some other key facts and findings regarding this case:

— Russian lawyer Natalia Veselnitskaya, who held a controversial meeting with Donald Trump, Jr., last year during the campaign, has publicly dismissed the dossier as “cheap gossip.”

“When I read some parts of this ‘dossier’ in the media I laughed,” Veselnitskaya said. “What kind of idiots does one have to take Americans for to think that they can believe that stupid and incompetent [and] absurd [dossier]?”

How does Fusion enter into this? As Fox News reported:

Last month, CEO of Hermitage Capital Bill Browder testified before a Senate committee that Veselnitskaya orchestrated a “smear campaign” against him as part of an effort to fight anti-Russia sanctions, working with the firm Fusion GPS and co-founder Glenn Simpson.

Fusion was the same company behind the anti-Trump dossier.

This detail was swiftly picked up by President Trump and his allies, who pointed to the alleged Fusion-Russia connection as proof Moscow was actually working against him in 2016 despite “collusion” claims.

— Steele himself has said the dossier is bogus and has publicly criticized Buzzfeed for publishing it in its entirety. In April he admitted that none of what he put in the dossier had been verified, and he lashed out at the Internet news site for publishing it — after scores of establishment media outlets passed on it last year as it made its rounds in the Washington-NYC media corridor because nobody could substantiate any of it.

In a court filing, Mr. Steele also says his accusations against the president and his aides about a supposed Russian hacking conspiracy were never supposed to be made public, much less posted in full on a website for the world to see on Jan. 10.

— What’s more, Buzzfeed is being sued over its publication of the dossier by XBT Holdings, a Cyprus-based company owned by Russian tech magnate Aleksej Gubarev. The ex-spy accused Guvarev’s company of hacking the Democratic National Committee’s computers with pornography and bugging devices.

— As for punishment, Sen. Rand Paul, R-Ky., an ally of the president, said he believes someone should “go to jail” over the leaking of the dossier. “I think it’s unseemly that people in our intelligence community, the CIA director, is out there giving press conferences, criticizing the incoming president — I think that’s inexcusable and I would not have anybody in the CIA that’s publicly criticizing the president,” Paul told CNN’s Wolf Blitzer in January, just days before Trump was inaugurated.

“There’s only a few people who could have leaked this information,” he said. “A leak like that is so significant if it came from the intelligence community, they should go to jail. If it came from the Obama administration, they should go to jail. You cannot allow the leaking of classified documents, particularly when it goes to someone’s character.”

J.D. Heyes is also editor-in-chief of The National Sentinel and a long-time contributor to NaturalNews.com and NewsTarget.com.