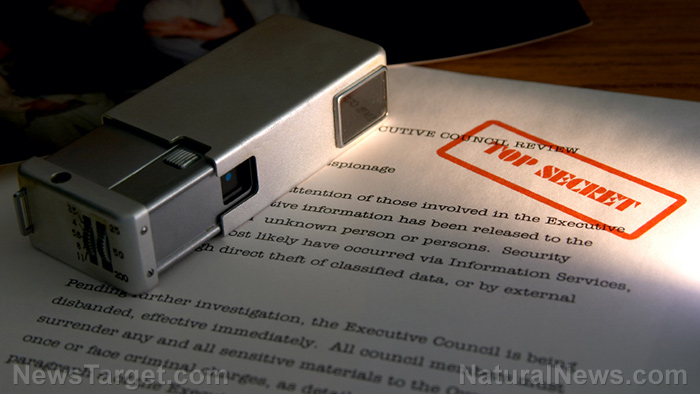 A treasure trove of documents exposing the dirty deeds of the chemical industry has now been posted online thanks to the efforts of the Center for Media and Democracy and the Bioscience Resource Project. The documents, which date back to the 1920s, illustrate the lengths to which the chemical industry has gone to cover up its misdeeds, and they also provide evidence of governmental collusion.

The papers can be found on the PoisonPapers.org website.

This resource consists of more than 20,000 pieces of regulatory agency correspondence and documents over nearly a century, and they show that regulators and the industry not only knew how toxic their products were but also worked together to keep the public from finding out about it.

Many of the documents were obtained throughout the years by activist and author Carol Van Strum. They include internal memos, strategic discussions, internal scientific studies, sworn testimonies and meeting minutes.

Van Strum first started investigating the industry as part of a court case after the Forest Service sprayed her children with the herbicide known as 2,4,5-T outside their rural Oregon home as they fished in a river. She assisted her lawyer with research in exchange for a reduced fee and discovered that she enjoyed organizing and studying these documents.

Over the years, she has helped others working on similar suits and has collected a barn full of documents. You can read more about her incredible story – which includes the suspected arson of her home that killed her four children, an incident she believes was likely related to her activism – on The Intercept.

Anyone can search these documents

Now, these documents have been scanned and digitized and placed online in a searchable format where everyone can see the wrongdoings of firms like Monsanto, Dow, Union Carbide and the manufacturers and commercial testing companies they worked with. Some of the regulatory agencies the documents were sourced from include the U.S. Food and Drug Administration, the U.S. Environmental Protection Agency, the Department of Defense, the Veterans Administration, and the U.S. Department of Agriculture Forest Service.

Some of the toxic chemicals discussed in these papers include herbicides and pesticides, Agent Orange, PCBs and dioxins. While some of these documents have already surfaced throughout the years, many of them have never been posted publicly.

The papers were uploaded to DocumentCloud in PDF format and can be searched using keywords like the name of the chemical or company being researched.

The Bioscience Resource Project’s Executive Director, Dr. Jonathan Latham, said that what sets this collection apart is its focus on the actions of regulators. “Time and time again regulators went to the extreme lengths of setting up secret committees, deceiving the media and the public, and covering up evidence of human exposure and human harm. These secret activities extended and increased human exposure to chemicals they knew to be toxic,” he said.

The papers show, for example, how the chief medical officer of Monsanto, George Roush, once admitted under oath that he knew Monsanto’s studies into the effects of dioxins on workers’ health were written up for scientific literature in a way that obscured their health effects. The studies were then used by the EPA to avoid placing regulations on dioxins and by manufacturers to defend themselves in lawsuits claiming Agent Orange exposure damages filed by veterans.

Between the Poison Papers and the increasing pile of internal documents and emails being revealed as part of the class action lawsuit against Monsanto, the world is starting to find out just how underhanded chemical companies have been – and how much the government has let them get away with.