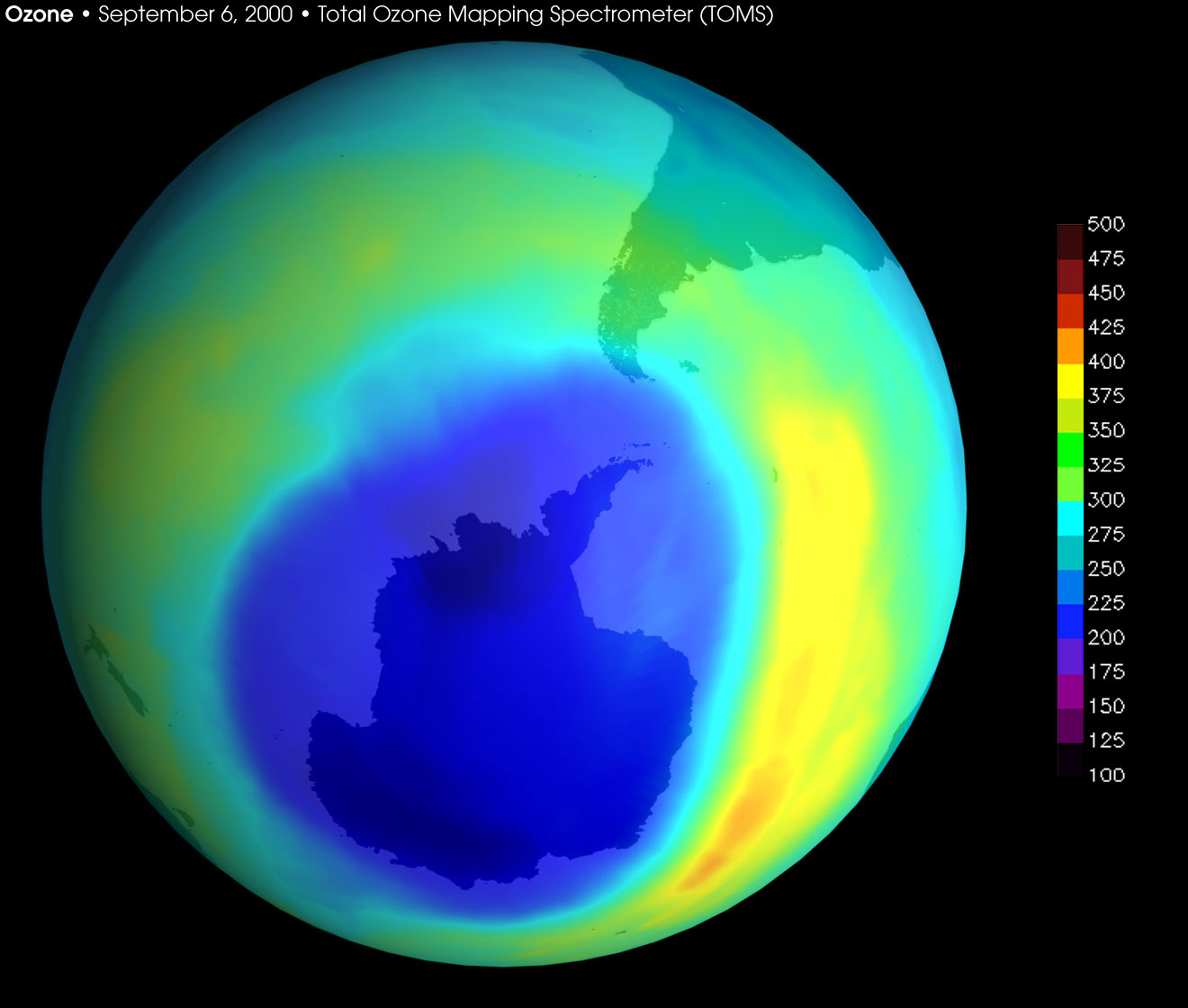 The far-Left has told so many lies and indoctrinated so many young people about the climate and so-called “global warming” for decades now that it is getting harder to hide the truth, thanks in large part to alternative media like us.

For years liberal scientists have claimed that the earth was warming in large part because chemical use and pollutants around the world were thinning the ozone layer, which of course is vital to maintaining life on our planet.

In fact, the damage was so severe that the wider the hole became, the hotter and more unsustainable earth would become.

Yes, well now you can scratch all of that because none of it is true.

According to the most recent research, average warmer temperatures are having a positive effect on the ozone hole — that is, they are helping to close it, a new study has found.

As reported by Science Daily, measurements taken via satellites during 2017 indicate that the hole in the ozone layer that forms over Antarctica each September was the smallest it’s been since 1988.

Scientists from the National Oceanic and Atmospheric Administration (NOAA) and NASA say that the hole reached its peak diameter September 11 and covered an area some 2.5 times larger than the United States, or about 7.6 million square miles, but then declined throughout the rest of the month and into October.

“The Antarctic ozone hole was exceptionally weak this year,” said Paul A. Newman, chief scientist for Earth Sciences at NASA’s Goddard Space Flight Center in Greenbelt, Maryland. “This is what we would expect to see given the weather conditions in the Antarctic stratosphere.”

Researchers say that the smaller hole was largely due to an unstable — and warmer — Antarctic vortex, which is a stratospheric low-pressure system that rotates clockwise in the atmosphere above the continent.

“The formation and persistence of these clouds are important first steps leading to the chlorine- and bromine-catalyzed reactions that destroy ozone, scientists said. These Antarctic conditions resemble those found in the Arctic, where ozone depletion is much less severe,” Science Daily reported. (Related: Global warming hoax: Earth COOLER now than when Gore won his BS Nobel prize.)

Warmer temps also tempered the size of the ozone hole in 2016, researchers said, when it reached its maximum size of 8.9 million square miles — or some 2 million less square miles than the previous year.

Since 1991, NOAA and NASA scientists say that the average size of the ozone hole has been roughly 10 million square miles.

Of course, the agencies had to temper these findings with the usual warning that the hole is still quite large and it’s because we’re still using too many dangerous chemicals — which is true. But they also said that the smaller holes over the past two years are not a sign of ‘rapid healing,’ meaning that the planet is still at risk of vanishing in one huge fireball someday.

But how can it be that warmer average temperatures are both healing to the planet and harmful?

It can’t, obviously. So one perspective has to be wrong, doesn’t it?

That said, let’s just assume for a moment that the earth’s temperatures, on average and in some regions, are getting warmer. Why is that a bad thing?

In fact, warmer average temperatures would lengthen harvest times in the regions where temps are slightly climbing, giving us additional abilities to feed tens of millions more people on a regular basis.

So again, if warmer temps are closing the ozone hole and feeding more people, what’s the big deal?

I think you know the answer.