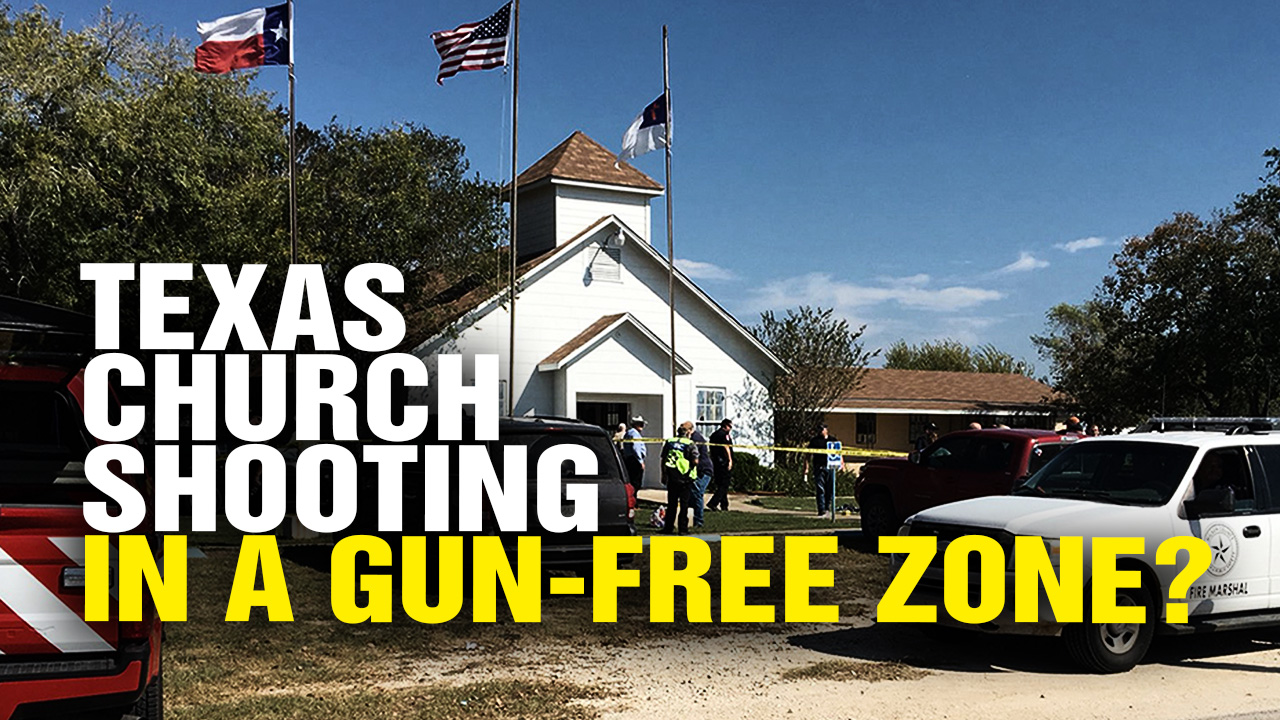 Don’t look now but Republican leaders may be set to prove once more why many of them need to be replaced with pro-America, constitutional Trump supporters come their next election.

Following the Sunday shootings at the First Baptist Church in Sutherland Springs, Texas, in which a court-martialed ex-Air Force member was allowed to buy guns in violation of the law because his service branch failed to alert the FBI to his conviction (as required), top Republicans have signaled they may be prepared to have a new gun control discussion with firearms-banning Democrats.

As reported by the Washington Times, GOP leaders hinted there may be some room for limited debate regarding gun control — though they pledged that it would be confined to ensuring that the nation’s background check system works.

Sen. John Cornyn of Texas, the second-ranking Republican in the Senate, said he’ll begin drafting a bill that would remind government agencies of their duty to provide information to the background check system, and would offer incentives to try to earn more cooperation from states as well.

The suspect in Sunday’s shooting had a number of red flags, including a bad conduct discharge from the Air Force after serving time on domestic violence charges, that should have denied him access to the firearm he used.

“I believe there is an opportunity for us to work here on a bipartisan basis,” Cornyn said, asking Democrats to join in the debate.

The invitation is a huge red flag for Republicans and Trump-supporting conservatives given that it’s a first from the GOP. In recent years after various mass shootings, congressional Republicans have always said that the problem regarding gun violence isn’t that there aren’t enough laws on the books, it’s that existing statutes are not being properly or effectively enforced.

Which is precisely what happened in the case of former Airman Devin Kelley, who bought several guns between 2014 and this year, none of which he should have legally been able to obtain.

Also, the Times noted, past gun control debates have usually spun into much wider ones involving far wider gun legislation because Democrats aren’t interested in upholding the Second Amendment under virtually any circumstance.

That said, Cornyn believes there is common ground on background checks. “This seems to be an area where there is bipartisan support,” he said.

That’s not true. On Tuesday, Rep. Ted Lieu, D-Calif., a Left-wing extremist on gun issues, walked out of the House chamber during a moment of silence for the Texas shooting victims because he doesn’t believe America has enough gun control or, specifically, wider background checks. (Related: Texas church shooter was stopped by armed citizen with rifle.)

In a video he posted to Facebook, The National Sentinel reported, Lieu defended his incredibly classless act.

“My colleagues right now are doing a moment of silence in the House of Representatives chambers. I respect their right to do that, and I myself have participated in many of them, but I can’t do this again,” he said. “I’ve been to too many moments of silences. In just my short career in Congress, three of the worst mass shootings in U.S. history have occurred. I will not be silent. What we need is we need action, we need to pass gun safety legislation now.”

Of course, he did not define what he meant by “gun safety legislation,” and he didn’t bother to mention the fact that the reason why Kelley was able to buy his guns was because yet another government bureaucracy, in this case the Air Force, failed to comply with existing gun safety legislation.

The Democrats don’t want anything less than total gun bans and severe restrictions on all remaining firearms. That some Republican leaders believe anything different is a sick joke.

J. D. Heyes is the editor-in-chief of The National Sentinel and a longtime correspondent for Newstarget.