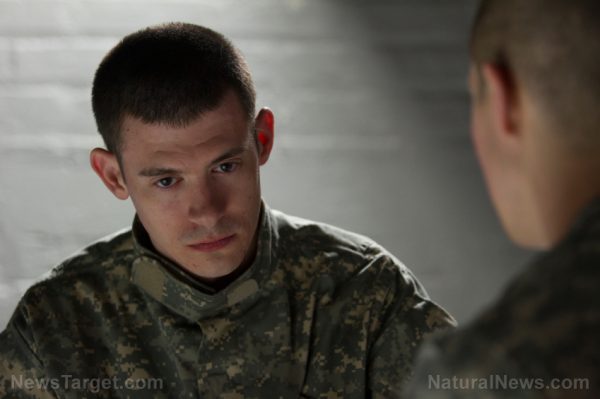 The Republican establishment recently blocked veterans’ access to medical marijuana, making sure our veterans remain addicted to dangerous, deadly opioids. The Veterans Equal Access amendment was blocked by the Republican-led U.S. House, ensuring that Big Pharma continues to cash in on the biological destruction of returning veterans.

The very political party that claims to be pro-military, in other words, has just thrown veterans to the pharma dogs. This, coupled with the routine prescribing of mind-altering psychiatric drugs to veterans after near-instant “PTSD” diagnoses means that our brave men and women in uniform have in many cases been turned into pharmaceutical receptables for the profit interests of the drug industry.

It is an absolute disgrace that our veterans are being denied access to medical marijuana / cannabis medicine. In making this decision, the GOP establishment has become a shameful embarrassment to this nation, routinely putting the profit interests of their big corporate donors over the humanitarian protection of America’s soldiers and veterans.

My message to the Republican establishment? You should all resign in disgrace. You are hurting America and bringing harm to our veterans. America has no need for your pathetic, corrupt, globalist agendas. The GOP establishment will lose every election from here forward because Democrats hate you and rural Americans are tired of your elitist corruption and collusion with corporate monstrosities like Big Pharma.

And to Sen. John McCain, you are a horrifying disgrace to this nation, our flag, our liberties and all the men and women in uniform. If you wanted to get rid of your own brain tumor, cannabis could help you do it, but you’re too corrupt, stubborn and evil to even consider legalizing this powerful medicine to save your own life. So you allow others to suffer and die just as you commit the same condemnation upon yourself in the name of protecting Big Pharma’s profits. You are an insult to the uniform and a traitor to all those who wear it, and you represent the very worst of the GOP establishment that clearly hates this nation and everything our veterans fought and died for.

Watch my video to learn more: