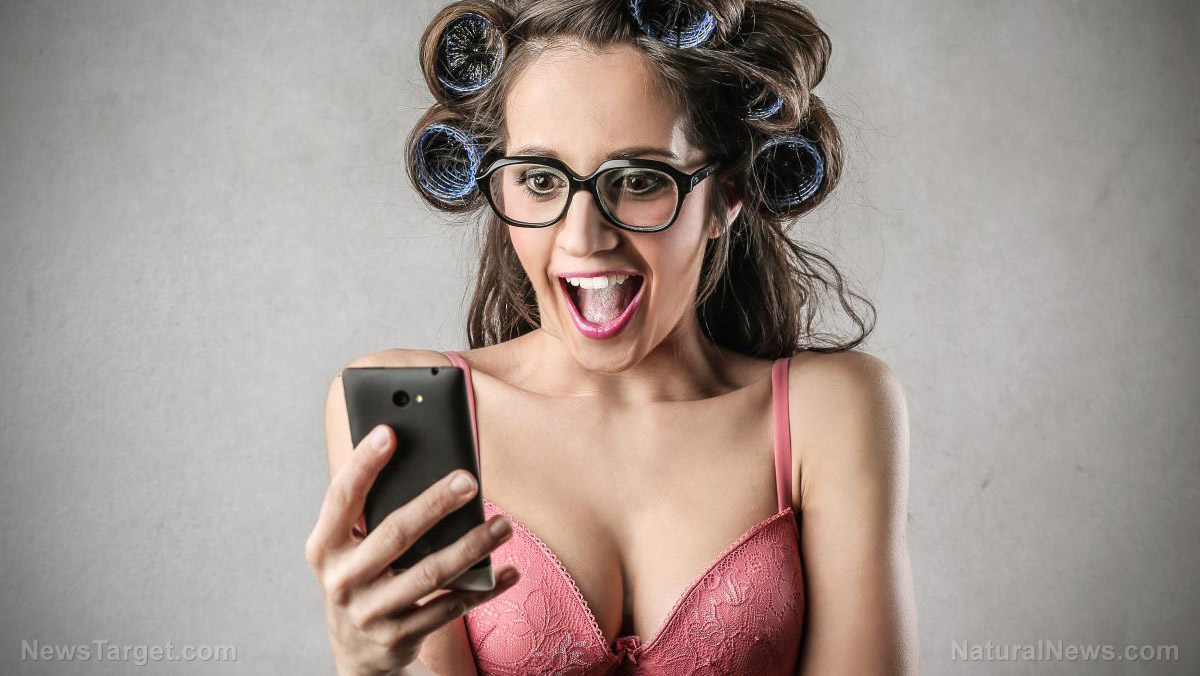 Police reported that children as young as 10 are already involved in the sexting game – either by posting their pictures on malicious websites or sending them to strangers – with the age of the underage participants peaking at 14.

National Police Chief’s Council lead for child protection Chief Constable Simon Bailey reiterated concerns regarding the impact of pornography on the youth. “There is a worrying upward trend in children sharing sexual images, particularly regarding children who pass on indecent images of others.”

“I am concerned about the impact that exposure to extreme pornography can have on children so we need to consider if a lack of universal relationship and sex education is compounding the problem. There is also undoubtedly more to be done to remove indecent imagery quickly and robustly from across social media platforms once it has been shared or posted without consent,” he added.

The number of children facing charges in sexting cases has more than halved, initial reports issued. Girls were more likely to be the victims, but perpetrators were evenly divided between boys and girls. Reports of sexting offenses dropped significantly in August, laying groundwork for the assumption that children were more at risk of abuse during the school term.

“Sharing and possessing these images is against the law. Once an image is shared with others it can cause deep embarrassment and distress. Forces are risk assessing every case to ensure we are not unnecessarily stigmatizing children and saddling them with a criminal record. But there will always be a criminal investigation where we see that young people are being coerced, exploited, or blackmailed,” Bailey, who is also head of the Norfolk Constabulary, said.

The dangers of posting a nude photo on the Internet

You might think that a diamond is forever. This might be true, but do you know what lasts longer than a fine-cut diamond? A nude selfie.

In a seminar about pornography that the Natrona County Sheriff’s Office in Casper, Wyoming at Casper Classical Academy on Monday, November 6, police officers remarked that some teenagers don’t realize the dangers of sharing a naked photograph online.

Sharing a nude selfie can leave a girl – or anyone who shares a selfie – vulnerable to voyeurism, because the person who would be the recipient of the selfie can renege on the promise to keep the selfie for himself or herself, and share the selfie with other people.

Hackers and unscrupulous people can access the Dark Net to download files, bundle the nude photos with other photos, and sell them to child pornographers, sex traffickers, and people who may want to blackmail the owner of the nude selfie.

“About two, three years ago we began to see some patterns with the school district dealing with kids in high school, middle school. From there we just began to talk within specifically the investigations and Sheriff (Gus) Holbrook about what we can do to try to curb this. The best thing we came up with is education,” Hulshizer said.

Casper Classical Academy Principal Marie Puryear said the teachers were surprised by the extent of the sexting situation among teenagers. “Our teenagers were, quite honestly, pretty flabbergasted with the information. We generally consider ourselves savvy with technology and think that we’re generally pretty in the know, and found out there was a lot we didn’t know.”

Puryear acknowledged that some of their middle school students have gotten in trouble due to bullying and sending sexually explicit pictures. There are also apps that can be used for communication, such as OMEGLE, and apps that hide files, which look like mere calculators.

For more stories on gadgets and everything high-tech, visit VirtualReality.news.