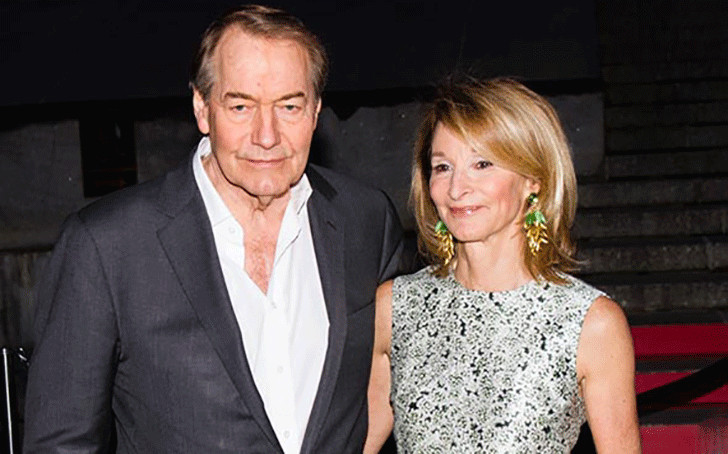 Eight separate women have come forward to accuse longtime TV host and correspondent Charlie Rose of sexual harassment, claiming that he made unwanted sexual advances that included disgusting phone calls, walking around them naked, or groping their breasts, butt or genital areas.

As reported by The Washington Post, the women had once worked for or aspired to work for Rose at the “Charlie Rose” show beginning in the late 1990s to as recently as 2011.

The women range in age from 21 to 37 at the time of the alleged harassment and encounters.

Rose, who is 75 and whose show currently airs on PBS, is also the co-host of CBS This Morning and a contributor to the long-running Sunday night TV news magazine “60 Minutes,” which also airs on CBS.

The Post noted that the accounts of all the women were very similar:

There are striking commonalities in the accounts of the women, each of whom described their interactions with Rose in multiple interviews with The Post. For all of the women, reporters interviewed friends, colleagues or family members who said the women had confided in them about aspects of the incidents. Three of the eight spoke on the record. Five of the women spoke on the condition of anonymity out of fear Rose’s stature in the industry, his power over their careers or what they described as his volatile temper.

Rose becomes the latest in a growing list of far-Left Democratic politicians and party supporters who stand accused of sexually harassing women, making that part far more culpable for such activity than Republicans.

In fact, only one current political GOP political figure stands accused of multiple sexual misconducts, mostly involving teenage girls when he was an adult: U.S. Senate candidate Roy Moore of Alabama, who has vigorously denied the allegations. (Related: Hillary voters are turning on Bill Clinton over decades-old sexual assault and rape charges.)

President Donald J. Trump has also been accused of sexual assault and lewd behavior, much of them stemming from comments he made during an “Access: Hollywood” show to host Billy Bush. Those comments were publicized within weeks of the November election; Trump has also denied that he has ever sexually harassed women, though he may be hit with a defamation lawsuit tied to sexual assault allegations if the case is allowed to proceed.

For his part, Rose has issued a statement apologizing for his “inappropriate behavior.”

“In my 45 years in journalism, I have prided myself on being an advocate for the careers of the women with whom I have worked,” Rose said in a statement provided to The Post. “Nevertheless, in the past few days, claims have been made about my behavior toward some former female colleagues.

“It is essential that these women know I hear them and that I deeply apologize for my inappropriate behavior. I am greatly embarrassed. I have behaved insensitively at times, and I accept responsibility for that, though I do not believe that all of these allegations are accurate. I always felt that I was pursuing shared feelings, even though I now realize I was mistaken,” he added.

“I have learned a great deal as a result of these events, and I hope others will too. All of us, including me, are coming to a newer and deeper recognition of the pain caused by conduct in the past, and have come to a profound new respect for women and their lives,” he said.

Rose’s mea culpa isn’t likely to assuage all parties, however, especially if what these women assert is true: That Rose is a serial abuser who now appears to be ‘sorry’ only after he was outed.

In interviews with the Post, most of the women claimed that Rose’s behavior alternated between anger and flattery when he interacted with them.

Five of them described the TV personality and correspondent putting his hand on their legs, and sometimes their upper thigh, in what they believed was just a test to gauge their reactions. Two of them said while they worked for Rose at his residences or traveled on business with him, he came out of the shower and walked in front of them without any clothes.

One said he groped her behind during a staff party, the Post reported.