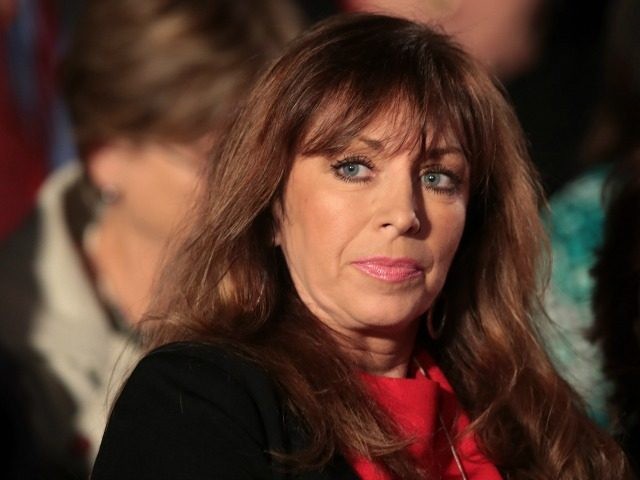 Paula Jones, one of the women in the 1990s who lodged sexual assault claims against Bill Clinton said the former first lady, Hillary Clinton, is dead wrong when she claims Jones and others are “misremembering” the former president’s actions.

“Every situation has to be judged on its own merit,” Hillary recently told ABC News’ Rita Cosby. “And there were allegations that were disproved.

“It’s unfortunate that people are either misremembering or misinterpreting history,” said Clinton.

Jones, in an interview with Fox News host Laura Ingraham, made it very clear she wasn’t mistaken about anything that happened when she was a state employee in Arkansas and Bill Clinton was governor in 1991 and he allegedly asked her for oral sex.

“I’m not — no, no, no, no,” said Jones, who filed a lawsuit against Clinton while he was president and reached an $850,000 out-of-court settlement with him. “That is so ludicrous what she just said … I know what happened to me in that room that day.”

“How could she say I was discredited when I was not discredited?” said Jones. “The 8th Circuit Court of Appeals was going to take it all the way to trial and then Bill Clinton settled. Why would he settle if it had been thrown out at lower court? People don’t do that if you are not guilty.”

Clinton came to a settlement with Jones without a formal admission of guilt, but her point about the settlement is well-taken.

Leftist pundits have begun asking themselves if Bill Clinton was worth defending in the 1990s from multiple charges of sexual assault from several women and rape from one woman, Juanita Broaddrick, in light of recent allegations against many liberals who are being accused of sexual harassment today like Hollywood mogul Harvey Weinstein and Democratic Sen. Al Franken of Minnesota.

All of those allegations most likely led Cosby to ask Hillary Clinton about her husband’s record. (Related: Former U.S. attorney on Clinton corruption: AMPLE evidence to investigate without need for special prosecutor.)

However, in Hillary’s case, Jones said it was always about protecting the couple’s political careers.

“If you are married to a man and you don’t know that your husband is doing this, something is wrong,” said Jones. “And, you know, they claim to have such a wonderful marriage and she stood by her man, but let me tell you, she knew what he was doing. And the only reason why they ever stayed together was that it was a political marriage.”

Jones also mocked Sen. Kirsten Gillibrand, D-N.Y., who said recently that Bill Clinton should have resigned from office when allegations of sexual harassment became public (in reality, those allegations surfaced before Clinton won his first presidential bid in 1992). She is expected to run for president in 2020.

As Newsweek noted, Broaddrick was the first to make public her allegations:

During Clinton’s 1992 presidential run, allegations emerged that the Democratic candidate had sexually assaulted a woman named Juanita Broaddrick in the ’70s, when he was Arkansas attorney general. Broaddrick herself denied the allegations at first, and requested that newspaper reporters leave her and her family alone.

She finally decided to take her charges public after Clinton was impeached in 1998 for lying to Congress about his sexual involvement with White House intern Monica Lewinsky. She broke her silence in a Dateline NBC interview, telling the show that she did not come forward sooner because she did not think she would be believed (and in Democratic circles, she wasn’t).

Ingraham asked Jones if she thought she or Broaddrick would have any interaction with the future presidential contender.

“Do either of you expect that Kirsten Gillibrand might call to talk to you, and do you expect a call from her?” Ingraham asked.

J. D. Heyes is a senior correspondent for Newstarget and editor-in-chief of TheNationalSentinel.com.