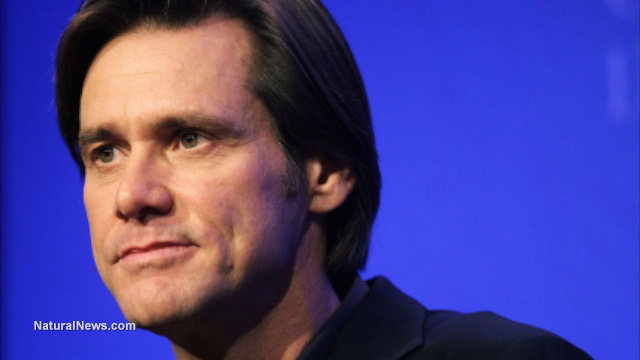 Many people know him for being dumb and dumber. But actor Jim Carrey apparently doesn’t think of himself as being too dumb to share with anyone who will listen his own political commentary on the Republican Party and our current president, both of whom he despises and wants to see eradicated for the preservation of our “democracy.”

In a recent series of tweets, the bearded Hollywood-ite lambasted conservatives and anyone who voted for Donald Trump as being “soulless traitors” to our country. He also emphasized his wish to see President Trump removed from office “so democracy can live” – a free-flow diatribe that was apparently prompted by the recent tax bill passed by the Senate.

But Carrey’s rage could have actually been directed at healthcare reform, immigration, or any other number of bills currently making their way through Congress, as he didn’t quite specify to which one his “#killthebill” hashtag was directed. Even so, he made it abundantly clear what he thinks of anyone whose political leanings differ from his own.

“The GOP and WH have become sinister conclaves of souless (sic) traitors, liars and thieves – a gangrene we must remove so democracy can live,” the washed-up comedian commented via his Twitter account.

Carrey has been more vocal than ever on Twitter following the election of Donald Trump, as he often tweets images of lewd artwork and other disparaging content meant to denigrate the President and his supporters. Back in August, Carrey jokingly tweeted that Trump would probably “eat a baby” at a scheduled rally he was set to attend in August in order to appease his “zombie base.”

“They bailed him out, set him up and made him their stooge. With Trump in the WH, Putin may win the 3rd World War without firing a shot. #PuckerUpPOTUS.”

Having landed very little work in recent years, “The Truman Show” actor and iconic “Ace Ventura” caricature is likely just trying to stay relevant by entering the social media ring with his endless political ranting. But even many of his devoted followers are getting tired of such shenanigans, urging him to instead focus on his career.

“Well you just lost a follower,” one person tweeted, urging Carrey to “stick to comedy. Or do you even do that any more?”

Another Twitter user made reference to the ongoing unveiling of the pedophile networks in Hollywood and D.C., of which Carrey has been accused of being complicit. This user stated:

“How about we wait? Until you and your co-workers are done being exposed as the perverts, rapists, and pedophiles you are, and then move on to other issues than your feelings being hurt.”

“Here is Hollywood sharing opinions from on high. Make sure you do what he tells ya because he is a wealthy actor, knows what’s best for middle America, and what he says goes, got it kids?!”

Keep in mind that Jim Carrey is the same Hollywood stooge who was caught on video mocking everyday American gun-owners while trashing the Second Amendment. Carrey’s little spoof stunt, which targeted revered Hollywood legend Charlton Heston and referred to gun owners as heartless [expletives], was similarly not taken well by much of his fan base, which appears to have dwindled down to almost nobody at this point.

A Twitter user by the name of “AmendmentOne” said it well when he or she tweeted:

“Let’s make 2018 the year Hollywood either figures out they’ve permanently offended at least half of America and change, or we end them the same way we’re ending the NFL and all their multi-millionaire crybabies.”