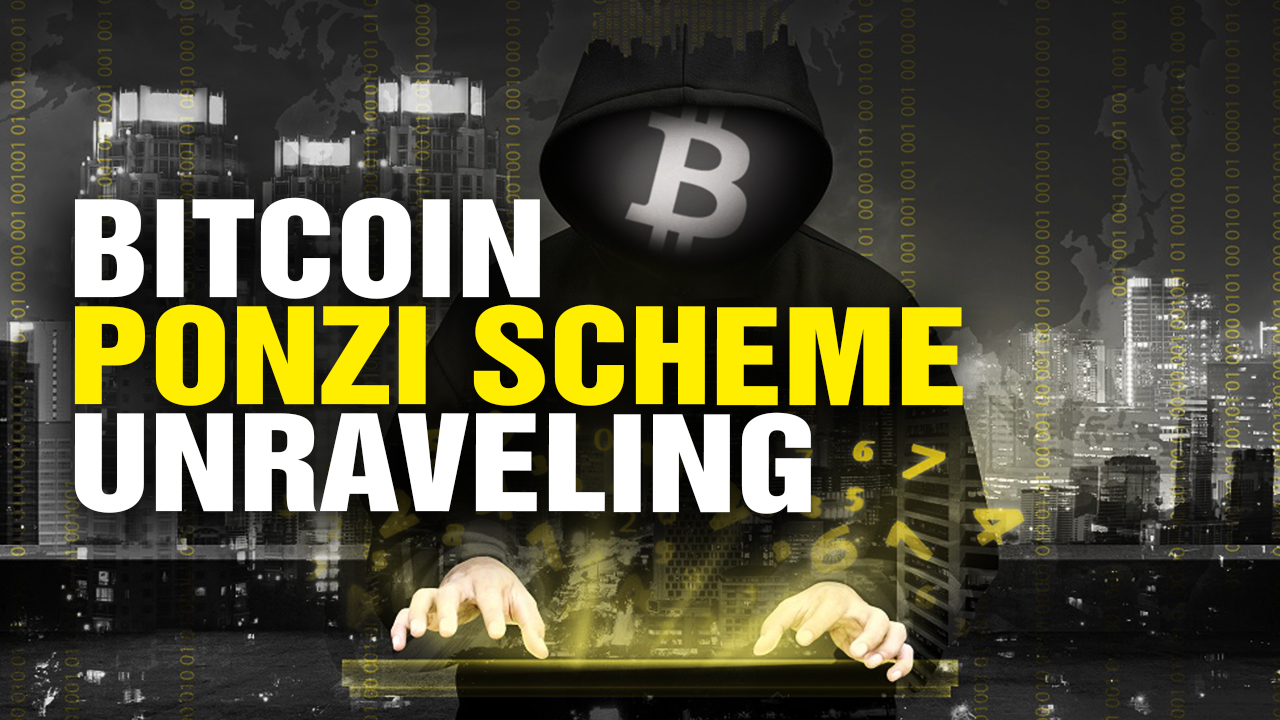 As Bitcoin skyrockets past $18,000, I’m issuing a new Bitcoin warning video (see below for the full video). Bitcoin speculation has now clearly reached the level of a “digital tulip bulb mania” that’s going to end catastrophically. Historians will be writing about the mania (and the madness of crowds) for decades to come, and the Bitcoin collapse will be used by the establishment to discredit decentralized systems, libertarians and certain sectors of the independent media.

The headlines you’re going to see emblazoned across the mainstream media when this scheme unravels will include, “Bitcoin BLOODBATH” and “Bitcoin Goes BUST.” Every individual and website publisher that promoted Bitcoin is going to be named, discredited and possibly even indicted.

The people who are buying into Bitcoin right now are nothing more than sheep being led to slaughter. (Stay up to date on all this by reading BitRAPED.com.) When this Ponzi scheme collapses, who are they going to blame? People like Max Keiser, of course, plus other individuals who may even face arrest and prosecution for their involvement in this financial fraud scheme.

If you listen to Bitcoin cultists today, they increasingly sound like delusional liberal snowflakes trying to explain transgenderism. Bitcoin, once started as a really cool innovation for decentralized currency, has now become a purely speculative mania market rooted in “tulip bulb” delusion. In the same way that transgenderism advocates now deny the existence of genetics and the laws of physical biology, Bitcoin cultists now believe the laws of economics and finance can be waived away through mere wishful thinking. (See my related article, “How to explain the Bitcoin bubble to young people.”)

Listening to Bitcoin advocates trying to explain their delusion is become increasingly entertaining as the gobbledygook-to-signal ratio goes ballistic among Bitcoinerz who sound more and more like North Korean citizens explaining why Kim Jong-Un is their “dear leader.” Max Keiser gets absolutely destroyed by Peter Schiff in this Nexus conference video, where even the host of the conference is so delusional that she literally says governments are attacking Bitcoin because gold is unsafe! (Around the 14 minute mark.) Max Keiser goes totally berserk around the 22-minute mark and gets destroyed by Schiff who seems to be the only voice of reason in the room, surrounded by delusional Bitcoin cultists who have all lost their collective minds.

At this point, many Bitcoin cultists have become just as deranged as Max Keiser, who now resorts to screaming antics on stage in an attempt to out-shout Schiff. They’ve all convinced themselves that Bitcoin will go up forever, functioning as a magical perpetual motion wealth generating machine that’s not subject to the laws of reality. “You’re living in a comic book reality,” Schiff tells Keiser in the video (linked above). And he’s right. The people who tell themselves that Bitcoin valuations are fully justified and rational are living in a dreamworld.

Peter Schiff is right: Bitcoin is going to implode at some point, wiping out hundreds of billions in “valuation” that never existed in the first place

When it comes to Bitcoin vs. gold, Peter Schiff is right. Gold is a genuine store of value. Bitcoin is an electronic tulip bubble promoted by delusional — and sometimes truly insane — cultists who have now become extremely combative and belligerent against all “non-believers.” The higher Bitcoin goes, the more these people convince themselves they’re the new geniuses of society, having discovered a magical loophole in the fabric of economic reality that can pay them endless riches without any effort required on their part.

Peter Schiff will have the last laugh in all this, by the way. Because he’s right. Schiff has more wisdom, experience and financial sense than all the Bitcoin cultists combined. In fact, my own position on gold vs. Bitcoin is almost identical to Schiff’s position, even though we’ve never talked. Rather, we’ve both come to the same rational conclusions on our own, after engaging in critical analysis of reality.

What’s especially fascinating in all this is that the faster Bitcoin skyrockets, the sooner it will reach a blowout peak and begin its inevitable collapse. As I’ve stated before, it’s dangerous to try to predict just how high it might go before the blowout because that’s a function of the psychology of the mania, which is impossible to accurately model or anticipate. (Crazy people are not rational, by definition.)

Watch my new Bitcoin warning video below for more details on why a massive Bitcoin collapse is coming: