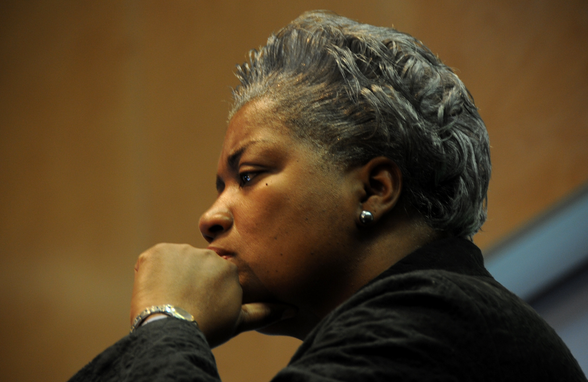 In June, former Department of Homeland Security Secretary Jeh Johnson told the House Intelligence Committee that following the alleged “hack” of the Democratic National Committee’s computers during the 2016 presidential election cycle, the organization refused the FBI’s offer of assistance to find out who the culprit was.

Testifying before the Senate Select Committee on Intelligence in January, then-FBI Director James Comey said that the FBI issued “multiple requests at different levels” to assist the DNC with a cyberforensic analysis. Those requests were also denied.

Instead, the DNC contracted with a private cybersecurity company, Crowdstrike, which eventually claimed that Russia hacked the DNC’s servers, and that became the dominant narrative — in the media and among Democrats in Congress, as well as Hillary Clinton herself.

But Crowdstrike’s evidence for blaming Russia was thin, at best, and not only that, Republicans and congressional investigators attempting to get to the bottom of how much undue influence Moscow may have exerted in the election were baffled to learn that the DNC had never permitted federal investigators to probe the servers.

“I want to find out from the company [that] did the forensics what their full findings were,” said Sen. Lindsey Graham, R-S.C., in July of this year. He was leading the Judiciary Committee’s Russia investigation, the Washington Times reported.

With so many questions never answered, now we get another piece of the puzzle, compliments of onetime interim director of the DNC, longtime Democratic Party operative Donna Brazile.

During a recent discussion of her new book, “Hacks: The Inside Story of the Break-ins and Breakdowns That Put Donald Trump in the White House,” Brazile said that the DNC paid a substantial amount of money to make a “replica” of all the data on the server and computers after they were allegedly hacked, then “destroyed the machines,” reported PJ Media.

So we know that the DNC hired Crowdstrike. “The person we hired was the former No. 3 at the FBI and they worked it out. They got a list from the FBI of things the FBI wanted, and in that list of items that the FBI requested they asked for a replica or an exact copy of everything we had from our server, knowing that if we got rid of our server we actually would get rid of our entire database, our brain would be gone and then essentially we would have nothing,” she said.

“We made a replica of everything and turned it all over to [the FBI]. We also let them see all of the evidence from all of the individual computers, from everything else. So we, trust me, it cost us quite a penny to make replicas and then we destroyed the machines and then bought the staff people new laptops,” she continued. “If you can imagine this, right before the convention, these staffers had lost all of their data, all of their materials – everything was gone. Everything was wiped clean, but we made a replica.”

But wait…we’ve been told for months that the DNC didn’t turn anything over to the FBI.

So, which is it? And what, precisely, was the FBI most interested in? And did the bureau get everything it was looking for? (Related: Intel veterans are challenging the ‘Russian hack’ narrative, citing lack of forensic evidence.)

Remember, this all occurred at a time, we’ve now discovered, that anti-Trump members of the FBI were working in cahoots with the Democratic Party and Democrat-aligned opposition research firm Fusion GPS to undermine Donald J. Trump’s presidential campaign.

How much of what Brazile is claiming is true? And if it is true, why weren’t we told months ago when the story was fresh that in fact, the DNC had turned over at least a “replica” — a backup — of all the DNC’s allegedly hacked data to the bureau?

Again — considering what we now know regarding collusion between elements of the FBI, Obama’s Justice Department and Democratic operatives — what was the content of the ‘replicated’ data turned over to the FBI?

If, in fact, it really was a hack in the first place?