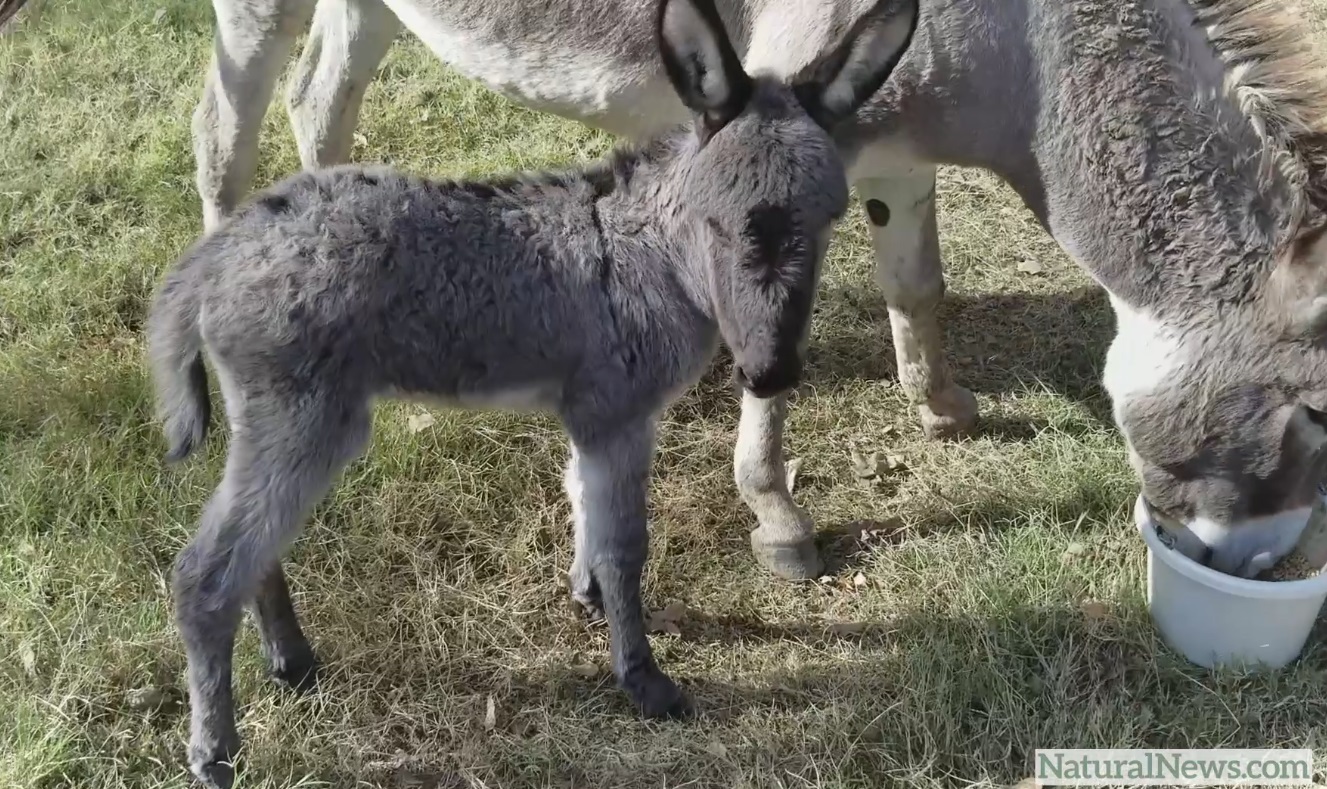 Here’s a video update from the Health Ranger Ranch, featuring video footage of our new baby donkey who is only about 10 days old at this point. We haven’t named her yet, but she’s healthy and vibrant, and just learning how to kick in self-defense (a crucial skill to dissuade coyotes from attacking).

She’s been nursing and gaining weight right on schedule, although I admit I have not applied for permission from the FDA for her to consume raw milk from her mother. Apparently this is a felony act in America today, where food freedom has been crushed by government tyrants. So I hope they don’t arrest the little donkey for violating “food safety” laws. (Will they put little donkey hoof cuffs on her?)

As Natural News readers know, I rescued two donkeys from the 2011 fires in central Texas, and that’s how we ended up with several donkeys over the last few years. When we first rescued them, they were in terrible health and looked ragged. Now, after living on wild foods and some mineral supplements, they’re incredibly healthy and active.

I had never cared for large animals before this, so I’ve learned a tremendous amount about caring for them, including some first aid that I had to perform on the daddy after he punctured his hip two years ago. (I had to clean out the wound daily, applying colloidal silver, hydrogen peroxide and some fish antibiotics I bought online.)

Watch the short video to see the new baby donkey in action: