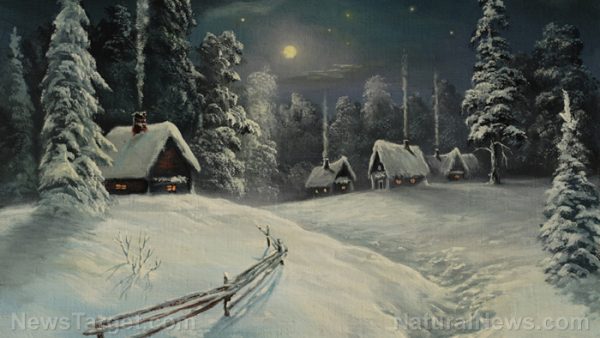 A senior lecturer from Boston University has published an “academic” paper critiquing the political correctness of the Christmas carol favorite Jingle Bells – and her assessment, like most everything these days in the eyes of liberals, is that the song is overtly racist.

According to Kyna Hamill, who teaches theater and English at the Marxist sympathizing institution, the alleged “blackface” performance origins of Jingle Bells suggest that the song is making a mockery of black people – that, or the fact that it mentions the color of snow as being white.

“The legacy of ‘Jingle Bells’ is one where [sic] its blackface and racist origins have been subtly and systematically removed from its history,” Hamill claims in her “Theatre Survey” research paper, implying that the holiday jingle was contrived as part of some white supremacist conspiracy.

“Although ‘One Horse Open Sleigh,’ for most of its singers and listeners, may have eluded its racialized past and taken its place in the seemingly unproblematic romanticization of a normal ‘white’ Christmas, attention to the circumstances of its performance history enables reflection on its problematic role in the construction of blackness and whiteness in the United States.”

Like all virtue signaling mental cases, Hamill believes that her position takes the high road concerning the traditional singing of this iconic holiday carol, which she sees as highly problematic due to the “racial politics” of antebellum Boston, where the song is said to have been written. This is disputed, as the city of Savannah, Georgia, also claims ownership of the song – and we all know that black people were slaves in that part of the world at one time in distant history. (Related: Political correctness is really just herd psychology pushed by insecure people who desperately seek social conformity.)

In order to be sure that she has covered all the hot-button liberal talking points of our day, Hamill also claims to have found traces of “toxic masculinity” and inferences to capitalism in the lyrics of Jingle Bells – two more subjects that she sees as evil.

In addition to the supposed “blackface minstrel origins” of the song, Hamill takes issue with early stage performances of it in which “elements of ‘male display,’ boasting, and the unbridled behavior of the male body onstage” were visible to audience members. Such displays of maleness are intolerable in Hamill’s eyes, and play further into her racist perspective of its intent.

Furthermore, Jingle Bells apparently emerged from the “economic needs of a perpetually unsuccessful man,” according to Hamill. So he wrote it and turned it into a stage play in which the “racial politics of antebellum Boston, the city’s climate, and the intertheatrical repertoire of commercial blackface performers moving between Boston and New York” were combined to form this widely recognized carol.

“Words such as ‘thro,’ ‘tho’t,’ and ‘upsot’ suggest a racialized performance that attempted to sound ‘southern’ to a northern audience,” Hamill adds in her published rant.

“As I mentioned in my article, the first documented performance of the song is in a blackface minstrel hall in Boston in 1857, the same year it was copyrighted,” she reportedly told Fox News in an interview. “Much research has been done on the problematic history of this nineteenth-century entertainment.”

If very little of this makes any logical sense, count yourself blessed. The only types of people who even think in such terms are brain-addled race-baiters like Hamill who spend every moment of their waking lives looking for new ways to hate white people and manufacture fake racism in order to disrupt the social order.

“Jingle Bells is racist, White Christmas is racist, Baby it’s Cold Outside is sexist,” joked one Twitter user in condemnation of Hamill’s paper. “What the hell happend [sic] to the America I grew up in where people didn’t wake up every day trying to find something to be offended by?”