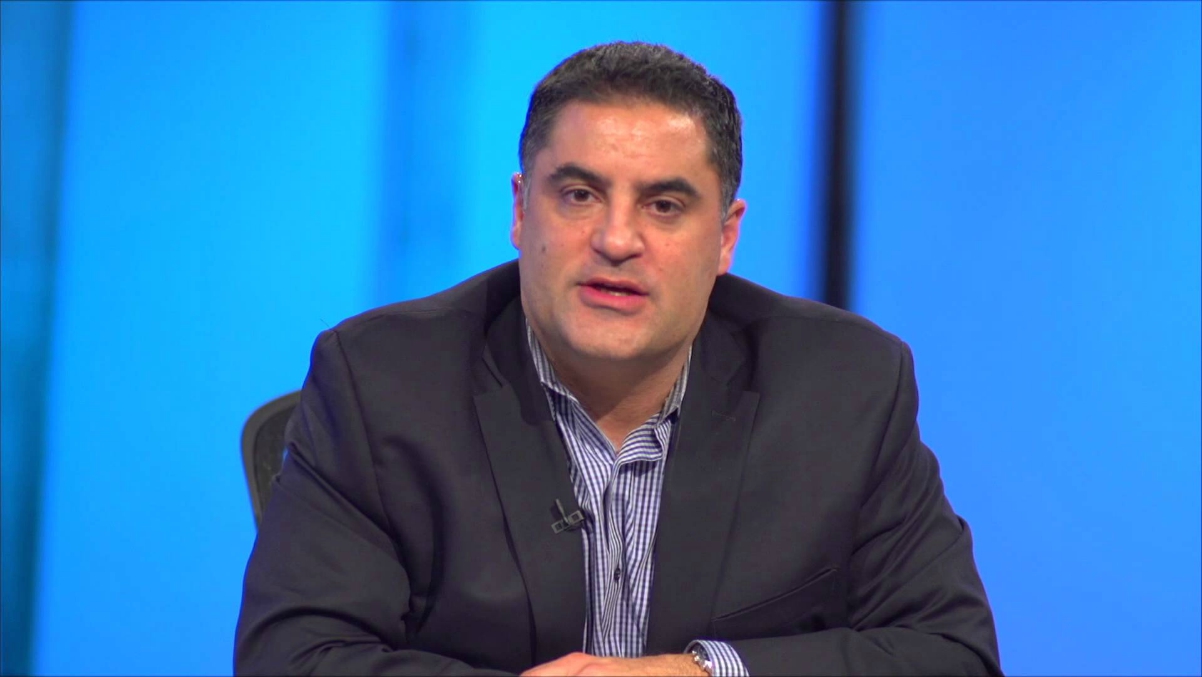 Far-Left ‘progressive’ Cenk Uygur is hard to take even when he’s not trying to be an obnoxious boor, which is not often. So when he’s trying, well, he’s just unbearable.

“The Young Turks” co-host was recently busted for his dark, dank history of racism, sexism, and pro-rape comments, after which he offered one of lamest excuses you ever heard for his remarks: He says he was “a Republican” when he made them.

As reported by The Gateway Pundit, Uygur was 30 when he made and posted comments that, if he’d said them about one of your kids, you’d likely have been waiting for him out in the parking lot.

In one 2002 post from an archived page of his radio show, he wrote: “I hook up a decent amount (defined as: at least make out with a new girl every six to eight weeks and have sex with a steady girl at least once a week), but it seems like there is a sea of t*ts here, and I am drinking in tiny droplets.  I want to dive into the whole god d**n ocean.”

Continuing, he had this to say about women in general: “Obviously, the genes of women are flawed. They are poorly designed creatures who do not want to have sex nearly as often as needed for the human race to get along peaceably and fruitfully.”

He also described women as “whorish” in the same post.

In another post headlined, “Girls Who You Hate, But Really Want To Do,” this pig body-shamed women, including actress Calista Flockhart for being too thin, while shaming others for being too fat.

Let’s see, what else? Oh yes. He’s written that Japanese women would sleep with an American man for a new purse and he has referred to Native Americans as “Redskins” (and not in the context of its historical meaning), The Gateway Pundit — which outed this lout in the first place — reported.

Well. How does one defend himself against such verbal heresy, especially among fellow travelers?

Easy; just come up with the political equivalent of “I was drunk at the time.”

In an interview with The Wrap (or The Warp, if you prefer), Uygur slithered his way out of his bind by blaming his insensitivity on an ideology.

“The stuff I wrote back then was really insensitive and ignorant,” Uygur said, admitting that the blogs were indeed his. “If you read that today, what I wrote 18 years ago, and you’re offended by it, you’re 100 percent right. And anyone who is subjected to that material, I apologize to. And I deeply regret having written that stuff when I was a different guy.”

“If someone said that today, I would heavily criticize them on the show and rightfully so, and I have. I’ve criticized myself over the years,” he added. “I had not yet matured and I was still a conservative who thought that stuff was politically incorrect and edgy. When you read it now, it looks really, honestly, ugly. And it’s very uncomfortable to read.” [Emphasis added] (Related: H-wood screenwriter on Harvey Weinstein sex abuse: ‘Everybody f**king knew’)

Yes, of course. It was all before his political transformation and awakening from a Neanderthal Republican into an enlightened, uber-tolerant progressive.

The Wrap also spoke to an unnamed former employee of Uygur’s on the condition of anonymity who said what he wrote back in the day is how he still feels today.

“Cenk is just a knucklehead. He’s a boy. He talks about women the way I talked when I was 13,” the source said. “He’s obsessed with body count. Basically, how many people you f**ked. This is an important number to him.”

More: Uygur also stated, quite shockingly, that if his son or daughter was raped by a teacher and they were attractive, he wouldn’t want to see them jailed. “At 16 you’re perfectly capable” — of something, I guess — according to a video clip that has since been taken down, The Gateway Pundit reported.