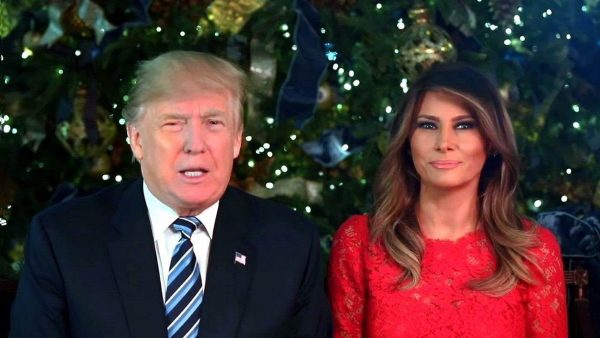 The haters who have infested American academia continue to lose what’s left of their minds in the Age of President Donald J. Trump, treating everything he says and does, along with every policy decision he makes, as an outright assault on American decency and tradition — as if any of them have ever respected real American traditions.

Like Christmas, for example. Alt-Left academics and politicians have long warred against the vast majority of Americans over the spirit, meaning and dogma surrounding the celebration of the birth of Jesus Christ — so much so, in fact, that some observers believe that the Left has “won the war on Christmas.”

So, it is more than just a little hypocritical to hear Christianity-hating professors compare President Donald J. Trump’s attempts at revitalizing the holiday and its meaning to some “Nazi-like” effort.

As reported by The Blaze, three university professors featured in a story by Newsweek on — what else? — Christmas eve, say that Trump’s desire that more Americans should actually say “Merry Christmas” without any fear of reprisal, rather than the more politically correct “Happy Holidays,” is, of course, racist.

“The critics said Trump is promoting an exclusionary holiday and is attempting to define America as a country of white Christians,” The Blaze reported.

“I see such invocations of Christmas as a kind of cypher, what some would call a dog whistle. It does not appear to be intolerant or extreme, but to attentive audiences it speaks volumes about identity and belonging — who and what are fully American,” claimed Richard King, a [lunatic] professor at Washington State University. “Much like ‘Make America Great Again,’ panics over the protests by NFL players, and the defense of Confederate memory, Christmas is a way to talk about peril, to assert a soft or hard version of white nationalism.”

First of all, this “dog whistle” mantra is a phrase that the Left is now employing frequently to claim that Trump is speaking racist code to his supporters. That couldn’t be further from the truth, because unlike many of them, Trump is no racist. Never has been, and regardless of how often he is accused of being one by those afflicted with Trump Derangement Syndrome, it will never be true. (Related: Michelle Obama continues to play the race card in her quest to trash the GOP.)

Secondly, Christmas is an inherently American holiday. Always has been, and with Trump’s help, it always will be. And it’s been celebrated since our country’s inception by Americans of all ethnicities, not just “whites.” It’s stupid to suggest otherwise.

But this jerk wasn’t alone in his jacked-up assessment of Trump’s desire to reinvigorate our Christmas spirit as some racist campaign.

“Committed white nationalists love Trump’s bring back Christmas campaign almost as much as evangelicals. His followers see this as gospel and a rebuking of multiculturalism and political correctness, and the growing influence of Jews, Muslims, atheists and other non-WASPs,” Dr. Randy Blazak, a sociology professor who has taught at the University of Oregon, said.

The tired tactic of associating everything Trump does with white nationalism is standard operating procedure on the Left, but it only plays with #NeverTrumpers who, fortunately, are not in the majority (for if they were, then Hillary Clinton would be president today). To insinuate that only Trump supporters are racists (I’m sure there are some who are), is not only factually incorrect, but it’s intellectually dishonest.

Finally, the biggest idiot of them all, Prof. Joe Perry of Georgia State University, went there with the Trump-Christmas-Nazis comparison. “Trump and the Nazis share aspects of race-baiting and perhaps broader aspects of extreme conservatism—many political ideologies do.”

What a piece of work. If any political ideology in America today practices hatred, intolerance and race-baiting bigotry, it’s the Marxist-Left ideology of the Democratic Party, made plain by supporters’ violence and the perpetual anger directed at supporters of the president.

Frankly, it doesn’t surprise me that establishment rag Newsweek would dig up three anti-Trump “professors” to spew this kind of vitriolic hate. But what does surprise me is the magazine’s insistence on publishing far-Left, out-of-the-mainstream pieces when it’s slowly dying.

You’d think someone in the editorial offices would get the hint that disrespecting traditional American values is a really bad business decision.