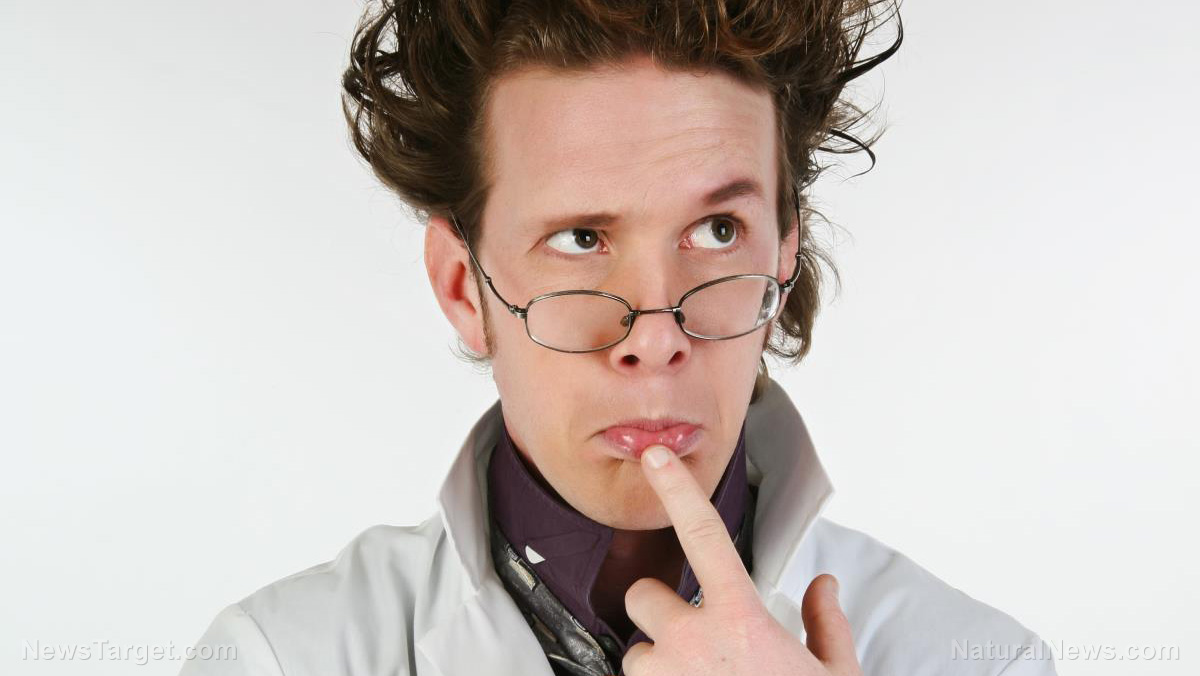 The Left has become the anti-science political party. To be a leftist, you must engage in outrageous science denialism on a large array of issues ranging from genetics to disease transmission. This “Science Denialism Disease” (SDS) has even infected educational institutions, where instead of teaching college students hard sciences, leftist professors are now offering degrees in “social justice” or “gender studies” where real-world facts are banished from all debate.

To the Left, it turns out, logic is an enemy and truth is a menace. It doesn’t fit the Left’s delusional narrative, so it must be criminalized, condemned and banished from society.

Below, I’m listing just a few of the topics where leftists have become anti-science zealots who preach a dangerous new political cultism that’s devoid of actual facts. They’ve so completely abandoned scientific facts and physical reality that they truly qualify as being mentally ill (or at least deranged). Check out some of the examples below to see for yourself.

As reported by Campus Reform:

The tweets were written in response to Texas State Representative Briscoe Cain, who had tweeted a picture of the XX and XY chromosomes as reminder of “how many genders there are.”

Apparently, colleges are now attempting to rewrite genetic science to fit their “gender fluidity” narrative which is rooted in delusion and self-inflicted fantasy. According to leftists, there are now an infinite number of genders, and individuals can instantly transform their bodies from one gender to another by merely wishing for such a transformation to take place. As it turns out, if you believe in transgenderism, you don’t believe in science.

This is the new science of the Left: Total delusion to fit a political narrative. But there’s more…

Leftist nutritional science: All dogs must be vegans!

In another shocking example of left-wing science denialism, a California animal shelter has decided to declare that all dogs must be vegans, making sure they are only fed vegan diets.

Apparently they were too busy waving magic wands over their own reproductive organs to notice that dogs and cats eat a lot of meat.

Limiting them to vegan diets is, of course, is a form of animal cruelty. Thus, in the name of “compassion” and veganism, California libtards are now going to subject innocent animals to cruel forms of dietary deficiencies that promote disease and suffering. It’s all being done, of course, in the name of “peace” and “compassion.” This genius idea was dreamed up — try not to laugh — by a Hollywood screenwriter named Roger Wolfson.

The Los Angeles City Board of Animal Services Commissioners are currently mulling a proposal that would turn the L.A. shelter system into the first one in our country to give its dogs a strictly vegan diet… The idea was first proposed by Commissioner Roger Wolfson, who is also a Hollywood screenwriter. He claims that vegan diets can eliminate health problems in dogs.

What’s next? Will California pass a law that criminalizes dog food containing meat? Will all pet foods have to carry warning labels if they contain meat, but not if they contain GMOs?

After all, if the Left insists that a human being can magically and instantly transform from a male to a female, why can’t they also transform their race? Their species? Their age? Here’s a story about a white woman who now self-identifies as black, even though she’s genetically Caucasian. It makes you wonder: Can she now apply for black scholarships and minority-advantaged college entrance approval for being “black?” What does this say to actual black people, by the way? That white people can be just as black as black people? Hmmm… (Go ahead, insert your favorite “white men can’t jump” joke here…)

Before long, we’ll see 70-year-old male perverts (perhaps Al Franken, who is reportedly seeking a new gig) declare themselves to be teenage girls demanding to go back to middle school so they can shower with the other girls. And anyone who declares it to be outrageous and stupid will be banned by YouTube, blocked by Facebook and censored for their “intolerance.” Meanwhile, biological men who declare themselves to be transgender women will win all the state championships in wrestling by pounding real girls’ faces into the mats, all to the cheers of “tolerant” California libtards who cheer the brutal beat-down in the name of “inclusiveness.” (Yes, leave it to the Left to institutionalize wife beating and call it social justice.)

It also won’t be long before some lunatic leftist declare herself to be half alien — as in extraterrestrial, not illegal border crossers — then demands she be treated as the ambassador for an alien civilization on planet Zorg. Any who condemn her as being insane will be labeled “intolerant,” of course, because “inclusiveness” must now include all the mentally deranged people who think they are leprechauns, great cats, rare primates or bipedal humanoids from another planet.

Once we start accepting people’s imaginary gender designations, you see, there’s no limit to all the delusions we must now embrace as being real. There’s also no limit to the number of pronouns we will be expected to memorize and spout out on command as a demonstration of our obedience to “inclusiveness.” Canada, for example, has already criminalized “misgendering” someone, even if you have no idea what gender they are.

California also passed a law that threatens people with jail time for misgendering someone else. The problem with these outrageously stupid laws, of course, is that people can changer their gender at any time, in their own minds, without giving any public notice, meaning that any one of us can be instantly guilty of “misgendering” anyone at any time, even without intentionally doing so. When “gender” has no basis in physical reality and can be changed in an instant, the very idea of “misgendering” is meaningless and stupid. That’s why California, of course, is leading the way.

The Left’s misgendering laws have truly stretched the boundaries of the bubble of insanity in which liberals operate. In essence, the Left has now criminalized language.

What’s next? Will the Spanish language ban the feminine and masculine forms of words like “la puerta” or “la esquina?” Notice those words are feminine, not masculine like “el toro.” Will gender-leaning words be criminalized everywhere, wiping out half the Latin-based languages and leading humanity down the rat hole of language criminalization and left-wing stupidity where we revert to communication via grunts and hashtags?

If you enjoy having sex with the tailpipes of automobiles, you’re the new VICTIM class!

As one more example of the Left’s desperate lurch to create victims out of everyone while denying scientific reality, mentally ill people who enjoy having sex with automobiles are now being welcomed to the LGBT acronym chain, which now reads LGBTQQQWTFLOLROFL. (By the way, even reading that acronym is now deemed a hate crime, so you may want to shield your eyes and wipe this line from your memory, lest you be one day brain-scanned for committing a thought crime.)

In a video that of course went wildly viral, this man was caught on camera having sex with the tailpipe of an automobile. (That’s the problem with using cars as dates; there’s no privacy because you can’t get them through your bedroom door.) Now, even this practice is being “normalized” as another left-wing victim group that we must all accept as part of our ever-expanding “inclusiveness” tyranny.

Notice, by the way, that if you add a “y” to “tranny,” you get tyranny. This is not a happy coincidence.

In fact, almost everything society once accepted as being a sexual mental disorder — pedophilia, bestiality, sex with corpses, etc. — is now being welcomed to the “inclusiveness” tent by deranged leftists who obviously have no boundaries or limits on anything because “discrimination” is hateful, you see. So you can’t make any judgement about anything at all without being labeled a hater.

In a recent 6,200-word piece titled, “What’s it like to date a horse?” New York Magazine actually claimed that “zoophilia” remains “relatively little understood,” as if bestiality were always just another sexual choice humans are free to make. The magazine interviewed “a 42-year-old man from Canada” about his horse-sex experiences, which, according to the interviewee, began when he was a boy.

All this, of course, denies the existence of the mental disorders behind such perversions. Do I even need to say it? Having sex with automobiles, animals and dead people is NOT normal behavior. (There, I know, I just committed another “hate crime” according to the Left.) It’s abnormal. It’s deranged. It’s a mental illness.

Then again, the Left-wingers who accept all this as “normal” are, themselves, mentally ill to begin with. As radio host Michael Savage correctly pointed out, “liberalism is a mental disorder.”

He’s right, of course. But if you disagree, you can always go f##k your Toyota to fit in.