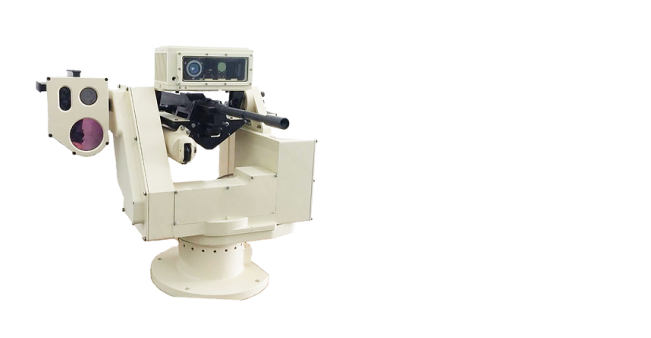 As more and more countries around the world start to introduce UAVs, or Unmanned Aerial Vehicles, onto the battlefield, the development of technology that can effectively counter those UAVs is becoming increasingly important. Due to the fact that drones do not require an onboard pilot and can often be equipped with guns or even missiles, UAVs can be incredibly dangerous, forcing countries like the United States and Israel to look for solutions.

One solution that the Israeli company General Robotics has come up with is to use conventional 7.62x51mm NATO M240s or 5.56x45mm NATO MGs in a Remote Weapon System, which would essentially allow soldiers to identify and shoot down drones using precision-guided machine gun turrets. General Robotics really isn’t creating anything new; rather, they have found an innovative way to use existing technology to counter a new and increasingly dangerous threat.

The existing technology that the Israelis are now using to defend against drone attacks is their PITBULL remote weapons system turret, which has been on the Military/LE market for over a year now. Equipped with a ground surveillance radar system, a fire source locator and a machine gun, and a remote control system that allows soldiers to operate it from a distance, Israel’s PITBULL turret is a force to be reckoned with. (Related: Scientists are now calling for a ban on “killer robots” now that “progress” has given us mini-drones that can carry explosives undetected.)

Now, the Israelis are modifying their product in a number of different ways. First, the PITBULL remote weapons system turret is going to have the ability to detect incoming drones from kilometers away, which would give soldiers enough time to prepare for an attack. Second, the weapon system will attempt to interfere with the signal being transmitted between the UAV and the home base. If this doesn’t work, then third, the weapon system will attempt to shoot down the drone with whatever type of machine gun it is equipped with. General Robotics is calling their product the PITBULL ULRWS, or PITBULL Ultra Light Remote Weapon Station. (Related: Upcoming technology would allow citizens to buy drone countermeasures that interfere with drone missions, rendering them effectively disabled.)

However, as innovative and futuristic as Israel’s PITBULL Remote Weapons System is, it does have several flaws that are worth mentioning. First and foremost, there are some concerns regarding the technology’s ability to hit its target, not because there is something wrong with the tracking system, but because of the device’s maximum effective range. The M240 GPMG, for example, has a maximum effective range of between 1,100 and 1,8000 meters. While most drones that are used by the Islamic State fly at several hundred meters at the low end and potentially hundreds of meters higher than that at the high end, the likelihood of 7.62x51mm NATO rounds arching straight up into the air and then connecting with the drone is relatively small.

Notably, machine guns are designed to engage area targets, not point targets. This means that when it comes to tracking and shooting down an unmanned aerial vehicle that is moving quickly across the sky, the odds unfortunately don’t appear to be in General Robotic’s favor, unless of course the company can find a way to work around the problem.

Still, the fact that Israel is actively developing new technology to defend its country and the people that live there from potential drone attacks is encouraging, especially considering the fact that robots and machines are starting to play an increasingly significant role on the battlefield. This is the future of warfare, and countries can either adapt to it or get left behind.