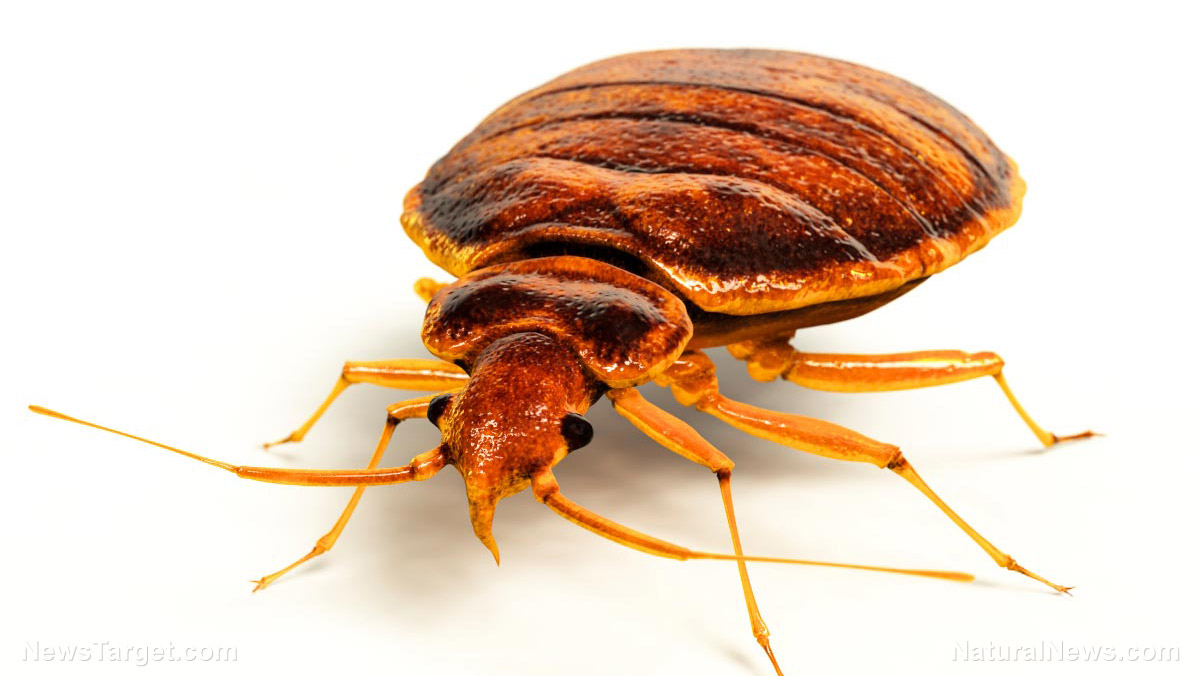 Based on the annual list recently released by Orkin, a U.S.-based pest control company, Baltimore was “the most bedbug-infested city in the U.S. for the second year in a row.”

No matter how vigilant homeowners are, experts say that it is impossible to eliminate the pests completely. Bedbugs are on the rise, and they continue to spread in homes, hotels, and hospitals in more cities across the U.S. yearly.

The other cities in Orkin’s top five list include Washington D.C., Chicago, Los Angeles, and Columbus. New York City, whose government offers “a more robust system for reporting and treating bed bugs,” went down from fourth to eighth place as the most infected city in 2017.

The Environmental Protection Agency (EPA) reassures the public that bed bugs do not carry infectious diseases. However, they are still considered a “public health pest.” (Related: Pesticides give rise to mutant bedbugs.)

Bed bugs feed on human blood, and their bites can get itchy. But some individuals may be allergic to bed bugs and even a single bite can cause” severe reactions that may constrict airways.” Once a bed bug’s mouth breaks the skin, they can also spread horrible skin infections. These pests can also affect your mental health, and effects may include “anxiety, insomnia, and systemic reactions,” per the EPA.

Bed bugs often nest in apartments or condominiums, single-family homes, and hotels or motels. The insects reproduce at all times throughout the year, but the majority of terminators stated that the summer of 2015 was their busiest season, according to the Bugs Without Borders Survey.

Experts warn that “the more transient we are as a population, the bigger our bed bug problem is going to be.” Between 1939 and 2000, the U.S. and the whole world noted a “drastic decline in bed bugs.” This is mostly due to the introduction of the pesticide DDT.

However, DDT is a chemical that targets bed bugs’ central nervous systems, and it was linked to health problems such as seizures. In 1996, the EPA joined international efforts to minimize its use. But even with DDT, it was harder to eliminate bed bugs because they develop a resistance to the pesticide.

Dr. Tim Husen, an Orkin entomologist, warns that “bedbugs are definitely back on the radar and they are certainly not going anywhere.” It’s possible that widespread air travel has helped distribute the survivalist strains of the bugs all around the world. But bed bugs are currently spreading throughout cities in the U.S. such as Baltimore, one of the country’s busiest ports.

Dr. Husen explained, “Any of the towns on the list where there is a large potential for common areas, lots of transportation, or a travel industry where you’re going to have lots of hotels, there’s a high potential to spread things.” He added, “Bed bugs are excellent hitchhikers and can move around real easily.”

Dr. Husen concludes that even though bed bugs are”pure parasites,” they’re not a serious threat to our health and sanitation won’t totally get rid of the insects. Knowing how to spot them and treating an infestation immediately is the best way to protect yourself and your family from bed bugs.

Try the remedies listed below if you have a bed bug infestation in your home or office:

You can read more articles about disease prevention at Prevention.news.