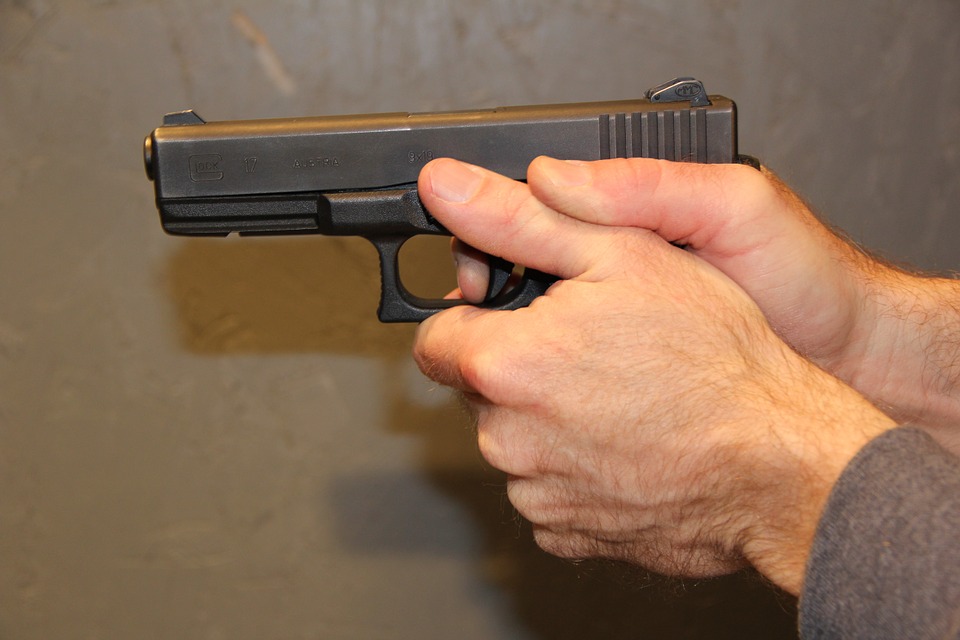 When someone who is strung out on drugs comes barreling into your house with a weapon in hand, looking for  anything he can get his hands on, you better have a plan, especially if you have a wife or kid(s) to protect. When you’re dealing with an armed burglar, strung out on methamphetamines or other mind-altering prescription drugs, what are you going to rely on?

I remember heading for my .45 caliber handgun, fourteen rounds, locked and loaded.

He caught us all off guard. My wife and I were in our child’s bedroom at the time and didn’t hear the madman come in. Undetected, he slipped through the screen door with a firearm he had just stolen from a neighbor. Just a bedroom wall away, he pulled the keys and wallet off the kitchen table, slipped back outside and took off in our vehicle. We didn’t hear it happen at first, but my wife saw the curtain shaking and the door partially open as she walked back into the kitchen.

I had no choice but to address what was nearly a life-or-death situation, and I was glad I had a handgun to brandish. Armed, I checked all the rooms — with the door left open, I didn’t know if someone was still inside at the time. After sweeping the house, I went outside. The neighbors came running, hollering, saying someone sped off in our vehicle. After coming to my senses and calling the sheriff, neighbors armed themselves and met outside. It took ten minutes, but squad cars eventually went to chase. We didn’t know if the threat was out of the neighborhood; everything felt volatile.

A life or death scenario can overtake you at any time, no matter who you are, or where you’re at. You don’t have to live in fear, but you need to be mentally prepared and able to control your breath and adrenaline when disaster strikes. When SHTF, it is great to have certain firearms in specific places. When physical security is needed for you and/or your family, firearms are valuable tools.

A .22 pistol will most likely injure, not kill, so if you want to save your life when it matters the most, invest in a larger caliber handgun like the Colt M1911. This design is slim but fits a strong hand and has the stopping power of a .45 round. This firearm has been around since World War 1 and continues to be durable to this day. It is also readily available.

If you prefer revolvers, (which are my personal favorite) the stainless Smith and Wesson 586 is one of the most reliable. Invest in a speed loader to load six or seven rounds quickly at a time.  This revolver is accurate, easy to control and will hold up in crucial situations. It can fire both .357 and .38 special rounds, making it easier to find ammunition for this gun. (Related: Top five guns you should own when ammo is scarce.)

If you’re looking for a rifle for a survival situation, look for a model that you can take down and carry in a backpack. The Henry U.S. AR-7 Survival rifle is a lightweight, waterproof design chambered for .22 rounds. It is made with a protective coating, and can even float if immersed in a body of water.

The Ruger 10/22 Takedown model is also excellent for hunting small game. A .22 rifle is perfect for survival situations because you can carry a large amount of ammunition in your pack. A semiautomatic .22 is obviously going to be more suited for personal defense.

Another great rifle to keep for combat SHTF situations is the ArmaLite AR-15. Often mistaken as an assault rifle, this battle-tested rifle is great for hunting purposes and for protecting your own liberty against gangs, mobs, or armies. Make sure to get one that chambers in both 5.56 and .223, just in case ammo is scarce.

If you’re preparing to hold down the fort, it’s also great to have a solid shotgun. Although tougher to carry, with larger bullets to pack, having a shotgun at your home base is important. A Mossberg 500 12 gauge is easy to use and maintain. The quick pump action and versatility of rounds are great for self-defense, small game or large game hunting.

One of the most versatile guns on the market is the Chiappa X-Caliber which can be modified to shoot both 12 gauge shotgun shells and .22 rounds with its double trigger, over-under style. It also includes eight adapters, allowing for eight different pistol caliber modifications.

For more articles like this one, check out Guns.News.