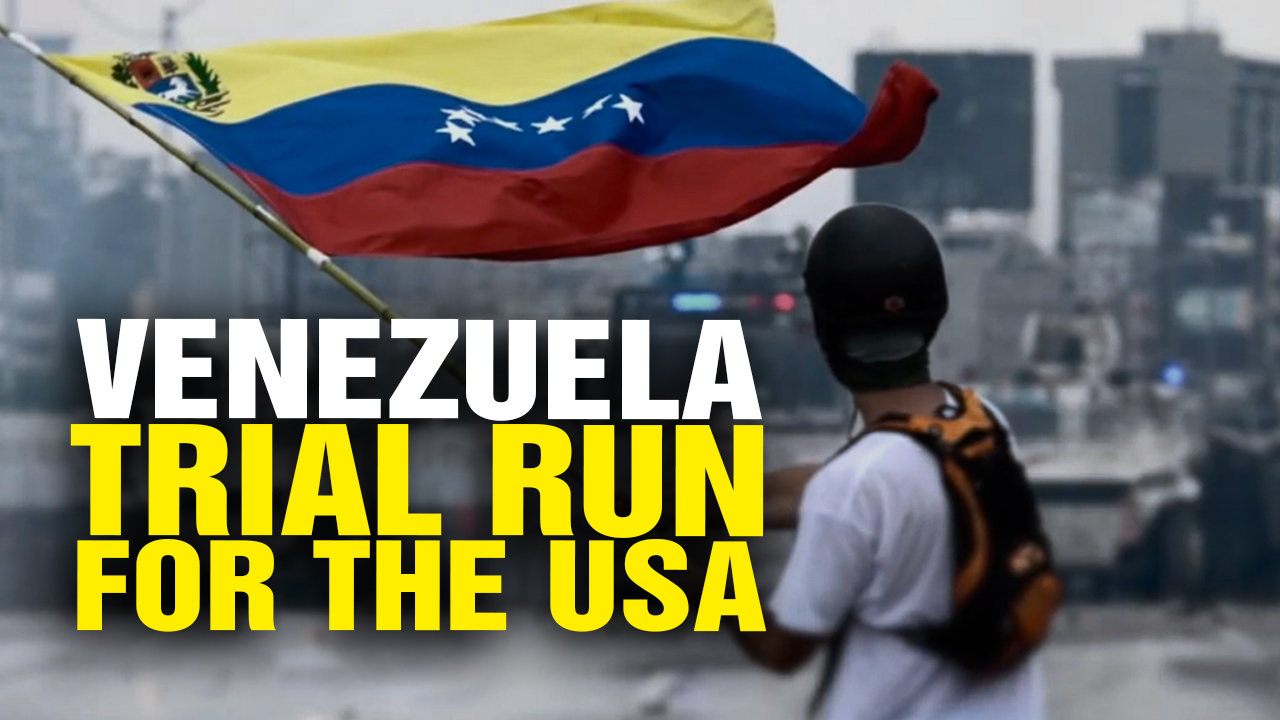 Widespread food shortages in the socialist mecca of Venezuela are creating mass panic, as roving hordes of starving people are reportedly now ransacking food collection centers and supermarkets in search of anything they can find to satisfy their hunger.

Economic conditions have gotten so bad throughout the country that some folks in extreme desperation are even trespassing on private farm fields to slaughter live, grazing cattle in order to collect their meat.

At least four people have died, and another 10 have gotten injured, in the unfolding melee that is the collapse of this once free nation, opposition lawmaker, Carlos Paparoni, from Merida, told the local media.

Venezuela is currently in its fourth year of a “recession” as extreme inflation – the highest in the world, currently – has plunged millions of Venezuelans into poverty. Much of this is being blamed on President Nicolas Maduro, who’s been running an “authoritarian socialist regime” that’s been a complete disaster for the South American country.

When petitioned for more information about what else is unfolding throughout the nation of roughly 30 million people, Venezuela’s Information Ministry refused to respond. But social and independent media sources are telling the world everything it needs to know about the nature of socialism in action.

“They’re hunting. The people are hungry!” one individual stated in a video posted to social media that depicted roughly a dozen men running around a lush pasture chasing a cow. When they finally caught the bovine, they beat it to death – along with another 300 animals, according to Paparoni.

At the same time, looters are apparently plundering food trucks, state-run markets, and other sources of food wherever they can find them. A 50-year-old veteran by the name of Zuley Urdaneta says he recently witnessed the looting of both a food truck and a food collection center, both of which were looted dry of everything they had.

“They knocked down the gates and looted flour, rice, cooking oil, cooking gas,” Urdaneta is quoted as saying. “The police and the National Guard tried to control the situation by giving out what was left.”

Conditions have exponentially worsened in Venezuela since Christmas

It’s hard to believe that Venezuela was once a thriving, prosperous nation. But this is what happens when the people’s labor, private property, and livelihoods are confiscated by an authoritarian police state – which many a millennial apparently wants to see happen in the United States, as evidenced by the millions of misguided souls who believed that failed Democratic candidate Bernie Sanders, an outspoken socialist, would have made a great president.

Venezuela should serve as a case study in why socialism doesn’t work, if only more haters of capitalism would take the time to look at what’s going on there. We’ve been reporting on the unraveling of Venezuelan society for at least the past year, and since that time things have exponentially worsened.

According to the latest reports, looting has increased substantially just since Christmas, due in large part to hyperinflation. The failed socialist policies of the Maduro regime combined with rampant corruption has left Venezuela on the verge of total collapse.

“What we’re living is barbaric,” stated opposition lawmaker Juan Guaido about just how bad things are getting there. “The dehumanizing regime of Nicolas Maduro is turning a blind eye to the tragedy that we Venezuelans are living.”

Venezuela should be thriving, considering it has the world’s largest crude oil reserves. But this is the nature of socialism: To concentrate the wealth of a nation into the hands of a small few while impoverishing everyone else. Today’s young people would do well to learn this important fact before ushering in the same disastrous future for the United States.

Stay informed about the collapsing food supply at FoodCollapse.com.