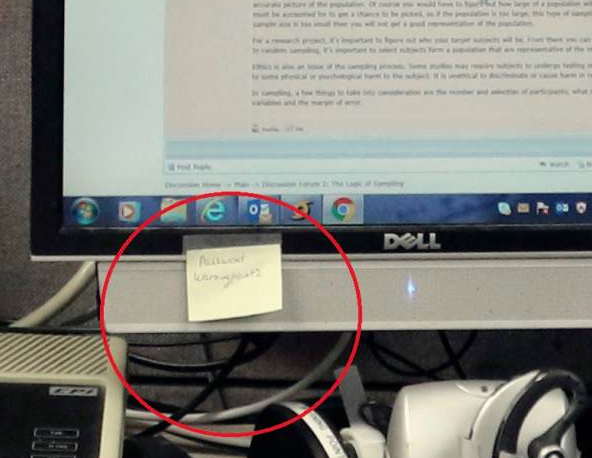 To say that the government is often unorganized and flat out foolish is a huge understatement. Anyone who has ever waited in the long lines at the Department of Motor Vehicles or dealt with the TSA at an airport knows this to be true, and what’s worse is that the bigger the government gets, the more incompetent it seems to become.

It’s worth noting that this was actually far more serious than a mere accident or a light-hearted mistake. The Hawaii Emergency Management Agency is responsible for, as the name implies, managing state emergencies, which is a crucial function of the state considering the threat posed by nearby North Korea. If a missile were to ever be launched at Hawaii, then the Hawaii Emergency Management Agency is going to have to be one of the first organizations to respond. However, what if the North Koreans hacked into the agency’s computers just moments before the attack? What if immediate emergency management was rendered impossible because the agency’s systems were down? Clearly, the publication of that password in the Boston Herald could have resulted in devastating consequences.

But Hawaii’s emergency management team isn’t the only agency that has been in the news lately as an example of government disorganization and incompetence. Last month, the Daily Caller reported that some TSA agents don’t even know where in the United States the District of Columbia is located.

District of Columbia Del. Eleanor Holmes Norton reportedly sent a letter to TSA Administrator David Pekoske regarding a Washington D.C. resident who was having an issue with her license while trying to pass through security at Newark International Airport. As Norton explained, the TSA officer didn’t recognize the District of Columbia and thought that the traveler’s identification was fake, compelling him to reach out to colleagues for confirmation before allowing the traveler to continue on her way. (Related: Here are ten things that the TSA could do if its power is not sensibly limited.)

“As I am sure you can imagine, it can be humiliating for a U.S. citizen to be delayed because a federal government does not recognize the name of the District of Columbia,” Del. Holmes Norton wrote in the letter.

Notably, back in the year 2014, D.C. officials replaced “Washington D.C.” with “the District of Columbia,” and then later changed it back to “Washington D.C.” in 2017. Norton attributes this change back and forth to the reason why the TSA agent was confused by the traveler’s identification.

Astonishingly, the Transportation Security Administration has gotten confused about United States geography a number of times in the past. In 2014, for example, a Washington journalist wrote on Twitter that an Orlando TSA agent “never heard of ‘District of Columbia.’ Demanded passport because he didn’t believe my driver’s license was from US!?”

At many different levels, the United States government is a mess. It’s strange how so many people in this country (particularly those on the left) put so much faith in government officials simply because they are “government officials,” even though time and time again they make mistakes – some more serious than others – like the rest of us. This trend of disorganization and incompetency is directly connected to the size of the government, meaning that government dysfunction is just another reason to shrink the government’s role rather than expand it. (Related: Mega forest fires have been found to be worsened by incompetent government regulation.)