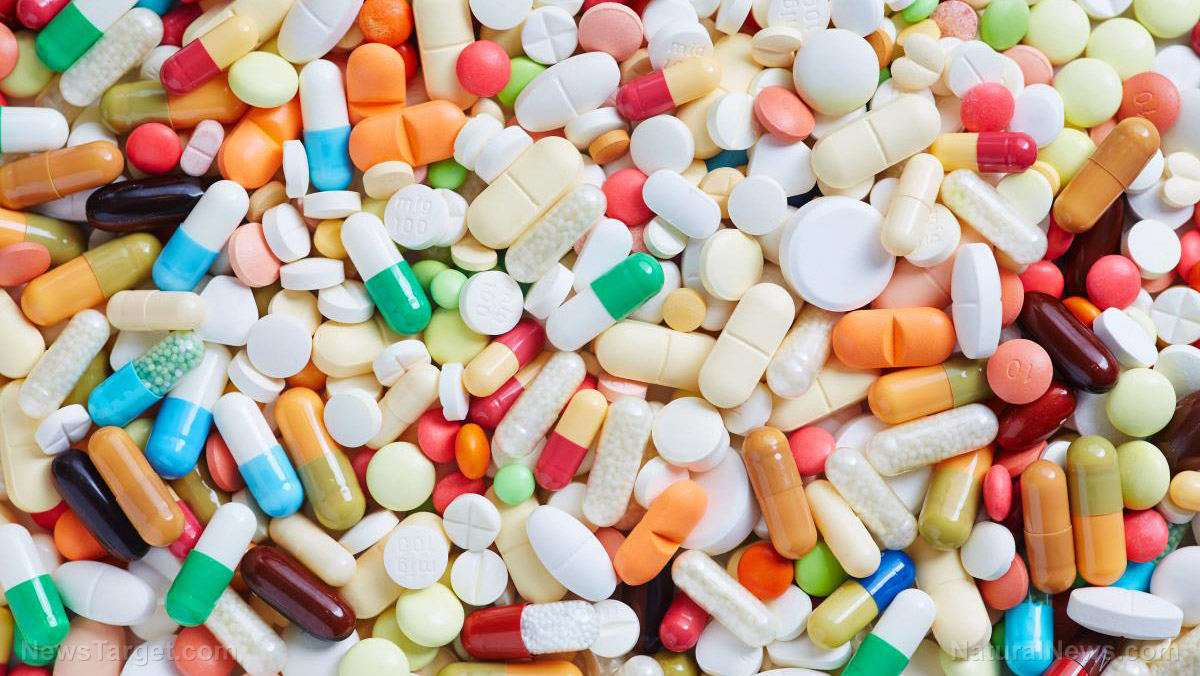 Despite raking in tens of billions of dollars annually with its corner on medicine, the pharmaceutical industry just isn’t content with its current profit portfolio. New reports indicate that drug companies are continuing a trend they started several years back of “recycling” older drugs – meaning they dramatically hike up prices, only to reintroduce these repurposed drugs back onto the market.

Many readers will probably recall the great EpiPen scandal of 2016 in which manufacturers of epinephrine (adrenaline) decided that it would be a good idea to spike the price of this life-saving medication by more than 1000 percent. It suddenly became unaffordable for millions of people with extreme allergies to keep these emergency drug injections on hand – and yet there was nothing they could do to counter the monopolistic racket that perpetrated this crime against humanity.

That’s because Big Pharma maintains exclusive control over the entire system of medicine in America – this is due to the fact that the only substances allowed to bear health claims are those that undergo the Food and Drug Administration’s (FDA) expensive drug-approval process. Since Big Pharma is the only entity that can afford to pay-to-play, the industry is granted the exclusive right to use the descriptor of “medicine” for its products.

As a result, no real competition exists in the field of medicine, which means drug companies are free to jack up drug prices on a whim – and there’s nothing that anyone can do about it. The most recent example of this involves a pharmaceutical startup company known as NextSource that took a 40-year-old old cancer drug known as lomustine and increased its price from $50 per pill (as of 2013) to $768 per pill today – a 1,400 percent increase!

When asked why the company chose to do this, its CEO, Robert DiCrisci, stated that the new price was based on “the benefits [the drug] provides patients.” In other words, DiCrisci knows that people perceivably need this drug in order to survive, which means he also knows that many of them will do whatever it takes to obtain it, even at a substantially higher price.

This is the nature of monopolistic medicine, after all. Since only drug companies are allowed to sell “medicine,” they maintain full control over the prices and availability of drugs. Much like the mafia, these pharmaceutical drug lords are shielded from all scrutiny and any semblance of competition, so they literally get away with murder under the blessing of the FDA.

Keep in mind that NextSource isn’t the original manufacturer of lomustine. Similar to the stock market, drug companies are now simply trading around the rights to different drugs based on their expected profit potential. In this case, NextSource purchased the rights to lomustine in 2013, and has proceeded to dramatically increase its cost in the hopes of making beaucoup bucks on the backs of sick patients.

“… [T]he drug market is not a free market,” writes Mytheos Holt for TownHall.com. “Rather, it is an assortment of monopolies or near-monopolies that drug companies will move heaven and earth to protect, so that they can go on charging any price they want.”

“… [M]ake no mistake, Big Pharma very much wants us to remain at the mercy of their monopolistic practices, and not to be subjected to market forces,” Holt adds. “The fate of lomustine is what they would impose on every single drug on earth, if they could. You can tell because every legislative or policy-driven attempt to introduce market forces, or to curb price gouging in their absence, is on Pharma’s hit list.”

Follow more news on the corrupt pharmaceutical industry at BigPharmaNews.com.