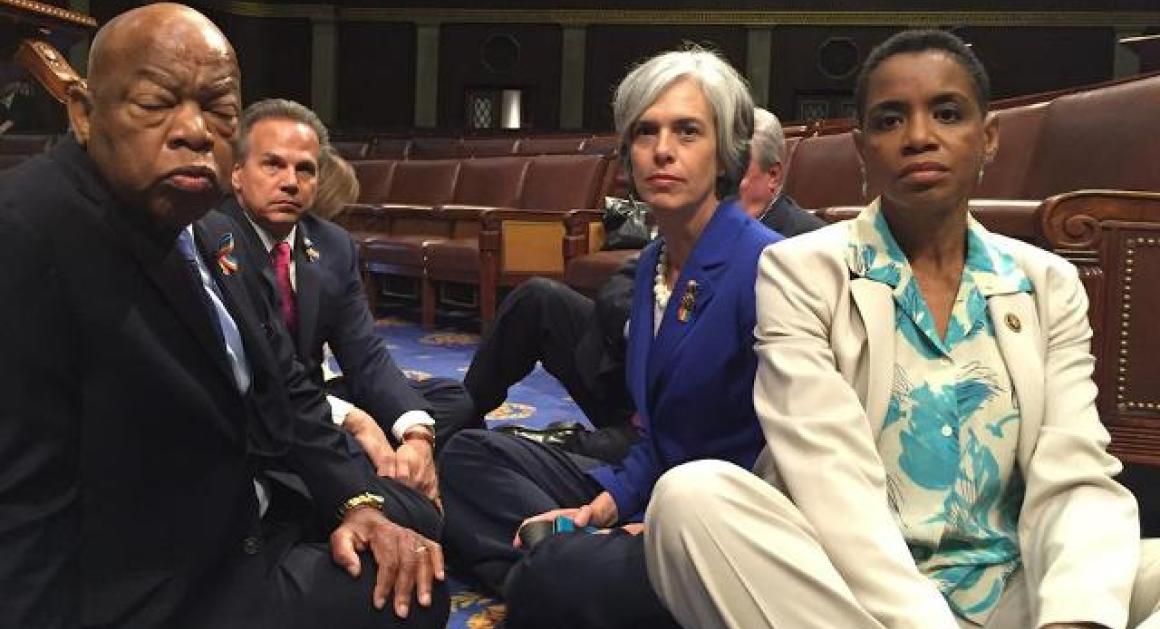 For days last week, top Democrats including Senate Minority Leader Chuck #SchumerShutdown threatened to allow the government to shut down if they didn’t get their way: A “clean” piece of legislation that would legalize 1-3 million “Dreamers” who, for one reason or another, are in the United States illegally.

On Saturday at midnight, they made good on their threat: Most Democrats chose to allow government funding to expire after Republicans passed a one-month stopgap spending bill that would have kept the government open.

And kept U.S. troops at home and in war zones around the world paid. As it stands now, they won’t be getting paid, thanks to Democrats’ zeal and preference for people who are in our country illegally and who otherwise have no right to be (nor have they ever had a right to be).

“This is the One Year Anniversary of my Presidency and the Democrats wanted to give me a nice present. #DemocratShutdown,” President Donald J. Trump tweeted early Saturday morning.

This is the One Year Anniversary of my Presidency and the Democrats wanted to give me a nice present. #DemocratShutdown

He added, “Democrats are far more concerned with Illegal Immigrants than they are with our great Military or Safety at our dangerous Southern Border. They could have easily made a deal but decided to play Shutdown politics instead. #WeNeedMoreRepublicansIn18 in order to power through mess!” (Related: Line in the sand: House Freedom Caucus chair vows NO DACA amnesty in upcoming spending bill.)

Democrats are far more concerned with Illegal Immigrants than they are with our great Military or Safety at our dangerous Southern Border. They could have easily made a deal but decided to play Shutdown politics instead. #WeNeedMoreRepublicansIn18 in order to power through mess!

“Democrats are holding our Military hostage over their desire to have unchecked illegal immigration,” he posted at 9:27 am. “Can’t let that happen!”

Other Republicans agreed with the president: The Democrats do own this shutdown, and what’s more, there isn’t any changing that fact, since their votes are now on record.

“Tonight, they put politics above our national security, military families, vulnerable children, and our country’s ability to serve all Americans. We will not negotiate the status of unlawful immigrants while Democrats hold our lawful citizens hostage over their reckless demands,” she continued. “This is the behavior of obstructionist losers, not legislators. When Democrats start paying our armed forces and first responders we will reopen negotiations on immigration reform.”

“During this politically manufactured Schumer Shutdown, the President and his Administration will fight for and protect the American people,” she concluded.

There was some crossing of the aisle, to be fair. Five Democratic senators — Joe Donnelly of Indiana, Doug Jones of Alabama, Claire McCaskill of Missouri, Heidi Heitkamp of North Dakota and Joe Manchin of West Virginia — voted with the majority of Republicans to advance a funding bill the House passed just hours earlier.

And some Republicans voted no — Jeff Flake of Arizona, Lindsey Graham of South Carolina, Rand Paul of Kentucky and Mike Lee of Utah. Flake did so because he’s a #NeverTrump RINO whose quick to criticize the president no matter what he does (but he’s out in November anyway; retiring because he can’t get enough support to avoid a primary). The other three, led by Graham, did not want another month’s worth of funding because it would lead to another political standoff next month. Plus, nine years of continuing resolutions is destroying military readiness.

But the fact is, the Republicans had given Democrats something — a six-year reauthorization of a children’s health insurance entitlement.

That wasn’t enough. They wanted amnesty for illegal aliens too, even though there is still plenty of time to tackle that issue (March 5 is the cut-off date for a DACA deal).

Republicans needed 60 votes in order to advance their legislation and get it passed; the final tally was 50-49 (Sen. John McCain did not vote because he is absent getting treatment for his brain cancer).

Bottom line: Most Republicans voted for a bill that would have kept the government open (and our troops paid); most Democrats voted against that, choosing illegals instead.

It’s all on the record now and Democrats can’t lie or spin their way out of it.

Trump was right. Electorally speaking, this was a gift.