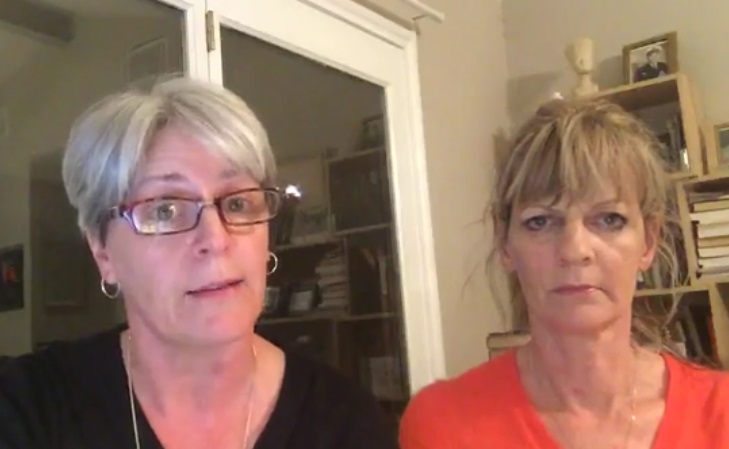 Thanks to the extreme hatred being whipped up against autism truth advocates by vaccine propagandists such as Jimmy Kimmel, deranged science troll Dr. David Gorski and the “fake news” media that’s beholden to vaccine industry propaganda, vaccine pushers are now resorting to extreme threats of violence and mass shootings to try to silence vaccine truth researchers, authors and lecturers.

In the last 48 hours, Dr. Suzanne Humphries, creator of the Honesty vs. Policy presentation and author of Dissolving Illusions — which expertly dismantles the most persistent myths of the pseudoscience vaccine industry — received a shockingly detailed death threat that promises a “suicide mission” mass shooting at a public autism event. (Full email reprinted below, WARNING: GRAPHIC.)

According to the graphic, vulgar death threat received by Dr. Humphries, the would-be killer had plotted out a detailed kidnap-and-torture scenario that was engineered to make Dr. Humphries “bleed out” and suffer while dying, but they ultimately decided the kidnapping would be too risky to carry out. (See details from the email, below.) Instead, they are planning on blending in with the crowd at a public autism speaking event, then opening fire on the speakers to “kill every single one of you f##kers.”

“I’m gonna step right out from the pedestrians on the street and blast you right in the f#cking chest,” the threatening email promises. “I’m gonna make you f#cking squeal and shake on the ground, flailing, bleeding out. I’m gonna kill as many of you f#cks as I can before I go down. You’re done bitch, do you understand me?”

“I’ve finally decided I have to do it, no more f#cking around,” the vaccine advocate promises. “I want to make you scream so bad, to taste your blood and watch you scream, bitch.”

Full transcript of the threat letter

Here’s a full transcript of the threat letter sent to Dr. Suzanne Humphries, who has already filed a police report (and FBI report) over the threat. WARNING: Extreme profanity and vulgarity:

I’m gonna f#cking murder you, you stupid f#cking c#nt. I’m just letting you know, just to let you know that when it happens, you were f#cking warned bitch. You’re always puttin your location out there, so it’s real f#cking easy to get to you. I have a nice beautiful Desert Eagle that’s gonna be used on you. So keep thinkin all your health sh#t is gonna help you, cuz guess what, c#nt, it’s not gonna help you live another f#cking day.

I’m gonna step right out from the pedestrians on the street and blast you right in the f#cking chest. Not the head, cuz I want you to squeal, bitch. I’m gonna make you f#cking squeal and shake on the ground, flailing, bleeding out. I’m gonna kill as many of you f#cks as I can before I go down. You’re done bitch, do you understand me?

I’ve thought about how to do it for a while, and I have it pretty much down. I want to pull you off the road and torture you to death, but it’s just too f#cking hard to pull off. Another idea I had is when you’re doin one of your live things, I want to walk right to the door and shoot ya live on camera, so everyone sees you f#cking begging, c#nt, you’re gonna f#cking squeal so hard, cuz I’m gonna hit you in the chest, then the legs bitch, to make ya suffer before I finish you.

I want everyone to see how you go. I f#cking promise you I’m comin bitch. I just gotta decide how I wanna do it. Maybe when you’re giving one of your dumb ass talks, I’ll go sit in the audience towards the back and do it. But it’s not easy to kill all your dumb c#nt friends that way. No, it’s pretty obvious to me that I gotta come to your f#cking autism sh#t center and shoot you right through the f#cking door when you’re on camera. That’s how I’m gonna do it.

I’m gonna kill every single one of you f#ckers. Do you understand me? I’m f#cking comin for ya. So be ready for it. I don’t wanna see any shock on your f#cking face when I’m at the door bitch. I’m [gonna] f#cking shoot right through that door with a shotgun c#nt, I’ll kill every single person in that house and then I’m gonna torture you good bitch. I’m gonna make you bleed til there’s nothing left of you, then finish you.

I just need to get a few things in order before I do it, but I’ve been wanting for a long time, and I’ve finally decided I have to do it, no more f#cking around. I want to make you scream so bad, to taste your blood and watch you scream bitch. I’m gonna kill you and I want you to know that when it happens, you could have done something. And you didn’t. That’s gonna be the best part you see, because I’m tellin you plain and simple. I’m comin now. Let’s see if you’re prepared when I get there for ya, or whether you look like a total deer in the f#cking headlights when I blow your f#cking head off.

See you in hell.

This threatening, psychopathic language, by the way, reminds me of Dr. David Gorski, an extremely dangerous, sociopathic vaccine-pushing doctor who viciously attacks and lies about anyone trying to expose the truth about vaccines. Dr. Gorski’s colleague, Dr. Farid Fata, was indicted by the FBI for cancer treatment fraud and is now serving 20+ years in federal prison. Dr. Gorski worked alongside this cancer fraudster and evil criminal in the Detroit area, with links to the Karmanos Cancer Centers.

Natural News has previously reported Dr. Gorski to the FBI and has named him as one of the six most sickeningly evil propagandists currently operating in the realm of medicine. He currently works for the Karmanos Center Center in Michigan and spends his work hours editing Wikipedia to savage “vaccine truthers” by posting false, defamatory and slanderous information on their Wikipedia pages. Dr. Gorski is a surgical oncologist who scars black women for profit and pushes deceptive cancer propaganda on the public, much like his colleague Dr. Farid Fata also did before he was arrested and indicted for multiple felony crimes.