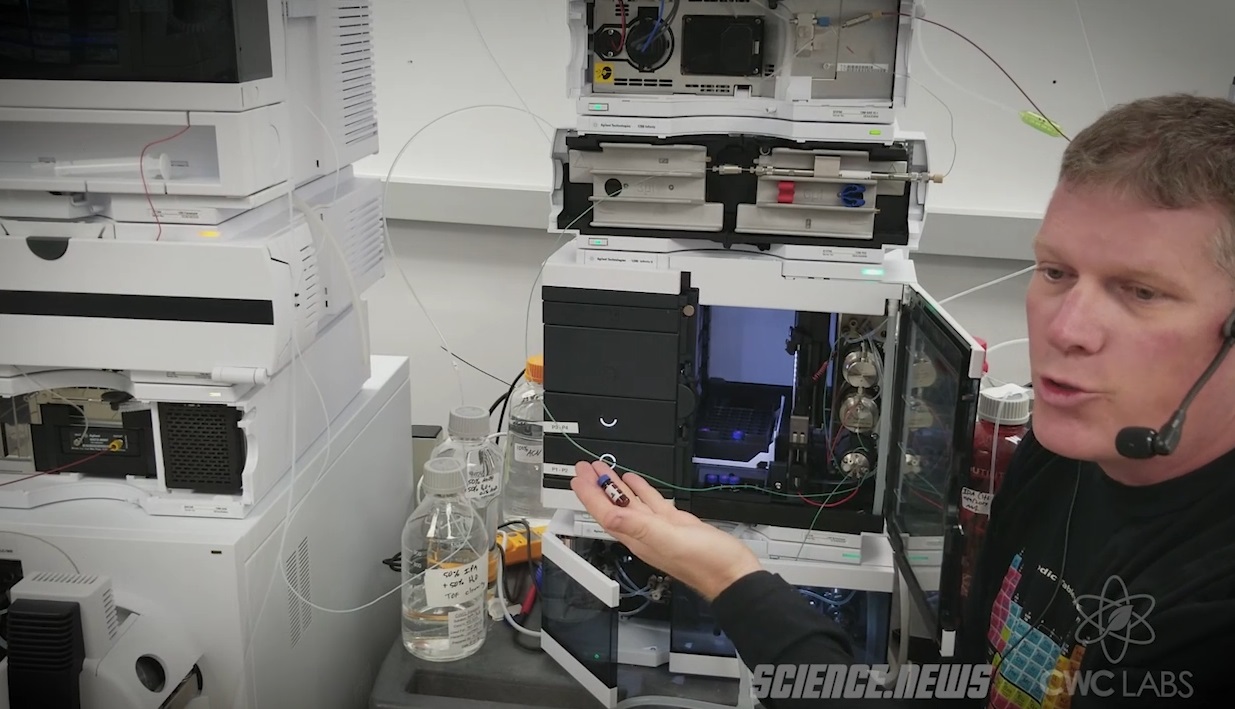 If you’ve ever wanted to know exactly how pesticides and other food contaminants are tested in a real science laboratory, you’ll want to watch this video filmed at CWC Labs. Pardon the mess in the video, but as I explain, real science often looks cluttered in an actual laboratory.

In this six-minute video, I explain how liquid chromatography works in combination with mass spectrometry to detect and quantify targeted molecules such as pesticides. This same technique can also be used to detect hormone disruptors, plasticizer chemicals and many other chemicals.

The liquid chromatography separates chemicals by time, where the mass spectrometry instrument identifies molecules by mass. Every molecule, of course, has a specific mass that’s derived by adding up the individual masses of the elements found in the molecule. (Molecules are made of elements that are connected in various configurations.)

I filmed this video at CWC Labs, and as you’ll see, we’re currently running both a “single quad” mass spec instrument and a mass spec time-of-flight instrument, both connected to their own “LC stacks” (liquid chromatography front-ends). These are the instruments we’re using to analyze pesticides and other chemicals in off-the-shelf foods. Our goal is to release pesticide testing results for 1,000 off-the-shelf foods and supplements before the end of 2018.

To stay informed on the results as we release them, keep reading Natural News.