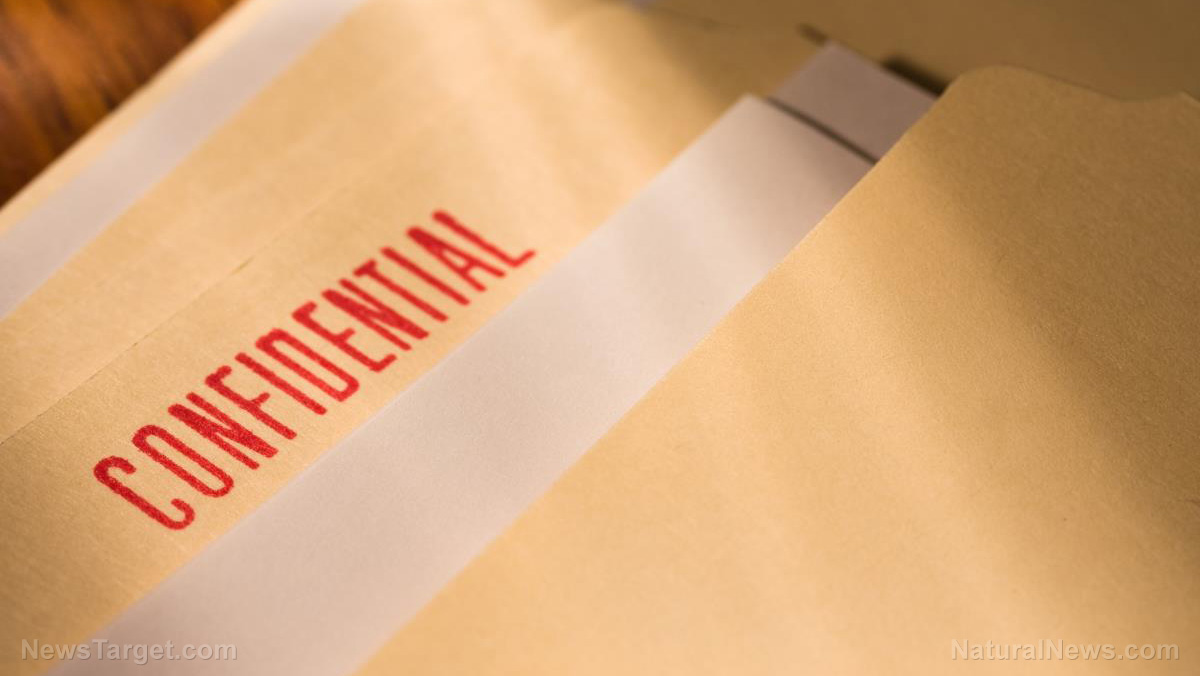 The release of the FISA memo is imminent, according to numerous sources, which means the covert, criminal deep state that flourished under the corruption of the Obama regime is about to be exposed for all to see.

Accordingly, the deep state is in a whole new state of absolute panic. The “Schiff” is about to hit the fan. The new history of America is about to be emblazoned on our collective consciousness, and we will never look at government the same way again.

Because the deep state operates in collusion with social media to stifle independent journalism and push false, deceptive narratives that deliberately misinform the masses — take the “Russia collusion” hoax as an especially salient example — we should expect search engines and social media to be heavily pressured to censor all posts about the facts revealed in the FISA memo.

This means a “near-blackout” will likely be put in place to shadow ban or outright ban websites, social media accounts, YouTube users and others who dare to cover details of the FISA memo. The insane, hate-filled and hopelessly corrupt “Left Cult” of America (which now dominates the ranks of tech giants) will stop at nothing to try to memory hole the reality that’s now being revealed. The criminality of Hillary Clinton, Barack Obama, James Comey, Loretta Lynch and a long list of other deep state operatives will be inescapable. Ultimately, as the evidence is meticulously followed and applicable laws are applied, people like Hillary Clinton will be indicted and imprisoned for their treasonous crimes against America.

Google, which is now run by a lunatic Left-wing cult of insane Clinton worshipers, will no doubt attempt to blacklist sites like Natural News, InfoWars, Breitbart and others who are daring to engage in real journalism. Facebook will shadow ban accounts that post FISA memo details, and Twitter will make sure user accounts suffer mysterious “glitches” that prevent users from posting tweets. The full force of the hate-filled, anti-American, totally unhinged tech giant cult will be unleashed across the internet in a last-ditch, desperate attempt to silence the shocking, mind-blowing truth contained in the FISA memo.

For this reason, you must make a special effort to go directly to your favorite independent media websites by typing the URLs into your browser. Do NOT rely on Google, Facebook or Twitter to bring you truthful content about the FISA memo. They will distort, suppress or simply wipe out all content they don’t want you to see. That’s how dangerous the FISA memo truly is to the totalitarian narratives of the hopelessly corrupt Left. Remember, too, that they are the ones who abused government power by “weaponizing” the FBI and DOJ to destroy their political opposition, all while absurdly claiming it was Trump who meddled with the election.

There are too many amazing websites to list here, but some of the “must-read” websites that will offer shocking but true coverage of the FISA memo include:

Before the 2016 election, I publicly predicted Donald Trump would win an election victory. For being proven correct, I was mocked by the Washington Post, which has since proven to consist of a cesspool of presstitutes and professional liars who despise democracy and have actively conspired with the deep state to publish maliciously false “news” based on fictitious sources. (This is the new standard of “journalism” on the Left: They fabricate anything they want, call it “anonymously sourced,” and publish it as “fact.”)

Tonight, mere hours before the release of the FISA memo, I am publicly predicting that these shocking revelations will eventually lead to the indictment of Hillary Clinton. It may take months or even a couple of years for that to happen, but if the laws of this nation are truly applied equally across all citizens, they demand that Hillary Clinton be charged with multiple felony crimes for destruction of evidence, theft of government property, obstruction of justice, violations of national secrecy laws, collusion, corruption and possibly even RICO Act racketeering crimes. (I’m not predicting she’ll be charged with all those at once, just that she will be indicted on something, sooner or later.)

If hints about its contents are true, this FISA memo utter destroys the blatant lies and disinformation engineering of left-wing bureaucrats like Adam Schiff and Nancy Pelosi, two of the most mentally deranged figures to ever haunt our nation’s political stage. Nancy Pelosi is a walking poster child for the long-term dangers of mass medication, and Adam Schiff is a sociopathic, paranoid idiot with the IQ of a doormat and the ethics of a Satanist. Once the full details of this memo are made public, both of these putrid propagandists will see their careers — and their credibility — utterly obliterated for all time.

Be ready, because this will also lead to civil unrest and an attempted violent revolution of the communist Left

As I’ve predicted in my podcasts at HealthRangerReport.com, the criminal indictment of Hillary Clinton is likely to set off a nationwide revolt of deranged, violent Leftists who attempt a communist takeover of America, mostly by burning down sections of their own miserable, bankrupt cities. Their attempt will fail, of course, but it will require National Guard involvement — and effective “martial law” on a temporary basis — to quell.

Radical Antifa forces will self-activate during all this, carrying out “suicide mission” assaults on local police and Guard troops. Blood will be spilled in the streets of American cities, and when the defeat of these Antifa radical is finally accomplished, this country will have rid itself of some of the most dangerous, deranged left-wing lunatics any of us have ever witnessed. It won’t take long for police, National Guard troops and private military contractors to regain control and restore law and civility to America’s cities, and in the aftermath of that, we will rightfully see mass arrests of left-wing terrorists who can finally join their favorite mafia boss Hillary Clinton behind bars.

Those mass arrests, by the way, must include the hundreds of terror-recruiting college professors who have exploited their university privileges to recruit actual left-wing terrorists under the guise of “education,” as Horowitz’s Front Page Mag has meticulously documented.

This is what taking back your country looks like

Cleaning up this country isn’t going to be pretty, but as Rush Limbaugh rightly states, this is what taking back America looks like. You have to defeat the communists, defeat the terrorists, defeat the deep state and reestablish the rule of law. Those who run the deep state — and the media mouthpieces that parrot its engineered propaganda — will resist with everything they’ve got, no matter how irrational or insane. Because they know what you and I already know: Once the truth comes out, the radical Left is finished. And with that, their psychopathic dreams of overthrowing this nation and installing a totalitarian dictator as “President” melts into oblivion.

The political Left in America is about to be thoroughly exposed for the deceptive, lawless, lying cesspool of collusion and corruption that it has always been. The false facade of “compassion” and “hope” is about to be ripped away, exposing the ogres and demons lurking inside.

Stay informed. Read LeftCult.com and all your other favorite independent media websites. Defend America. Share the truth about the FISA memo with everyone you know. And most of all, be prepared to defend your nation against any attempt to destroy it, overthrow it or transform it into a left-wing “utopian” communist regime.