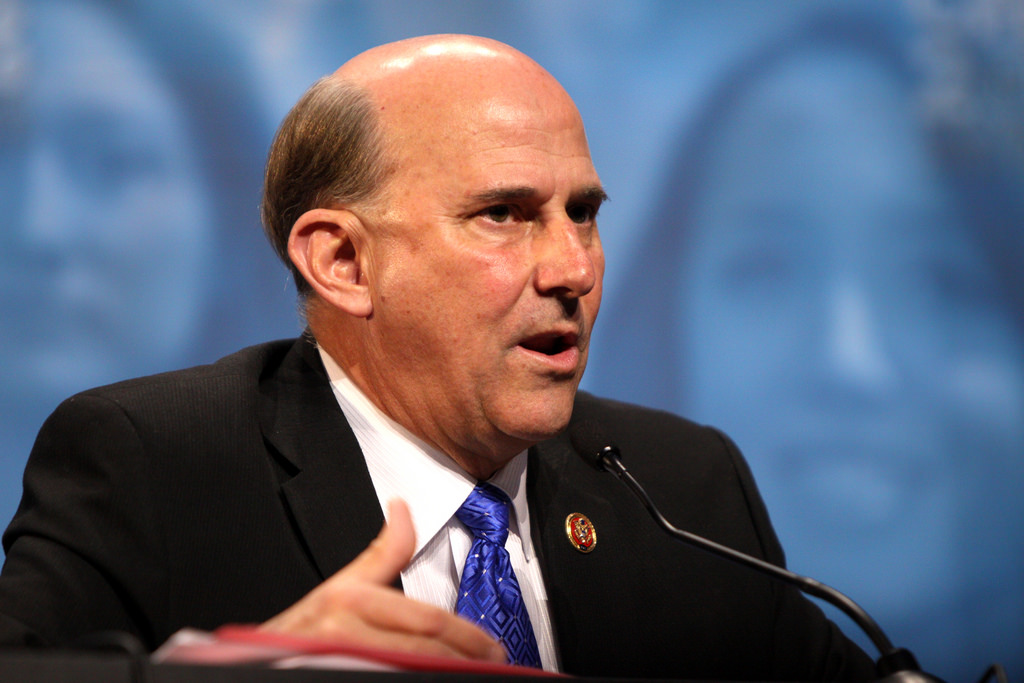 Following Friday’s release of the infamous, scandal-filled FISA memo on Friday, it didn’t take long for a member of Congress to call for the obvious: Legal action against those involved in misrepresenting the fake “Trump dossier” as a legitimate piece of intelligence before the Foreign Intelligence Surveillance Court so the Obama administration could spy on Donald J. Trump’s campaign.

U.S. Rep. Louie Gohmert, R-Texas, himself a former judge, told The Daily Caller that former FBI Director James Comey, former deputy director Andrew McCabe, Justice Department official Bruce Ohr should face prison for using what they knew to be a political document to convince the FISA court to let them spy on the campaign of someone they decided should not be president.

Per the news site:

A FISA court judge has grounds to hold Department of Justice officials including Bruce Ohr in contempt of court for making misrepresentations about the sources of information used to obtain a surveillance warrant against a Trump associate, a former judge and Republican congressman said.

“I think it’s important to know who the FISA judge was, and why with all the info he’s had for some time, he has not put anyone in jail for committing fraud on his court,” Gohmert, who serves on the Committee on the Judiciary, told The DC.

The FISA memo was released at noon on Friday, revealing serial abuses of the Foreign Intelligence Surveillance Court by upper echelon officials in the FBI and Justice Department to prevent Donald J. Trump from becoming president, and to undermine him after he defeated Hillary Clinton in November 2016. (Related: SHAMELESS: No Democrats or left-leaning publishers denounce shocking abuses of power detailed in FISA memo release)

As reported by Fox News, the discredited and unverified “Trump dossier” was used not once but on three separate occasions to secure a FISA court surveillance warrant so the Obama administration could ‘legally’ spy on Team Trump — a revelation that proves Trump was right in March 2017 when he was widely ridiculed for claiming “Obama wiretapped” him.

In addition, Hillary Clinton, U.S. media outlets, and ranking officials within DOJ and FBI including former FBI Director James Comey, former deputy director Andrew McCabe, and Deputy Attorney General Rod Rosenstein were all aware that the dossier was a political document, not a serious piece of intelligence work, the memo explains.

As Fox News reported further, the four-page memo [which you can read here] also “includes testimony from a high-ranking government official who says without the infamous Trump dossier, the FBI and DOJ would not have secured surveillance warrants to spy on at least one member of the Trump team.”

The dossier was commissioned by opposition research firm Fusion GPS, who hired former British spy Christopher Steele to compile it. The dossier was paid for in large part by the Democratic National Committee and the Hillary Clinton campaign.

During the summer of 2016, the memo noted, Ohr’s wife went to work for Fusion as the dossier was being compiled.

The memo said “Ohr’s wife was employed by Fusion GPS to assist in the cultivation of opposition research on Trump. Ohr later provided the FBI with all of his wife’s opposition research, paid for by the DNC and Clinton campaign via Fusion GPS. The Ohrs’ relationship with Steele and Fusion GPS was inexplicably concealed from the” court when it was used to obtain a surveillance warrant.

To Gohmert, all of this is more than enough to go after Comey, McCabe, and Ohr for defrauding the court.

“This was an action by the DNC and known collusion with top officials at the DOJ and FBI to commit a fraud upon the FISA court,” he added.

He also noted that the FISA court judge’s own actions ought to be examined more closely.

“The judge has to have known for months now that he or she had a fraud committed against them and he or she has done nothing,” he said.