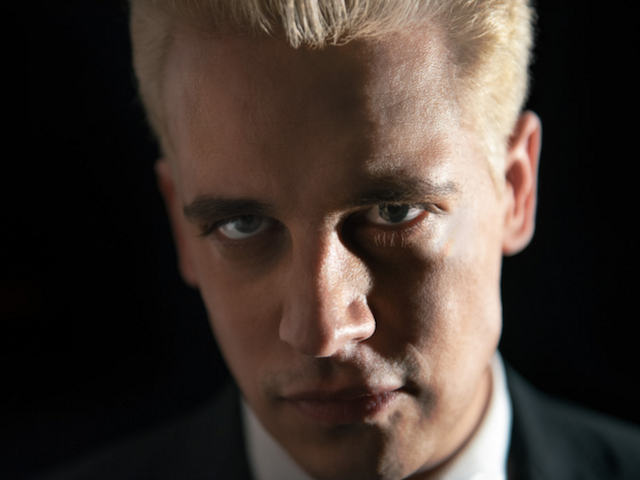 Will the divisive rhetoric that the political left routinely spews out eventually lead to a second civil war in America? Conservative activist and commentator Milo Yiannopoulos seems to think that the answer is yes.

“This is obviously going to end in civil war,” Yiannopoulos said in a recent interview with conservative radio host Alex Jones. “Facebook’s gonna get firebombed, CNN people are gonna be attacked, and we don’t say that with any pleasure….” Milo went on to say that “there is only one inevitable consequence when all of the architecture of civil society, everything is designed to attack decency and beauty and truth and goodness… and real news… and reality….”

There is a lot of truth in what Milo said here. Have you ever noticed that the vast majority of liberal democrats never seem to be happy or content with the nature of American society? They seem to always have a new complaint, whether its President Trump’s plan to build a wall along the southern border, the so-called gender wage gap, white privilege, and so on and so forth. They reject, as Milo mentioned, all that is decent, beautiful and good, and as a result, a second civil war in America is all but inevitable. (Related: Nationwide civil unrest is coming, and city dwellers are the least prepared to survive.)

With that being said, the question then becomes the following: What exactly would a modern day civil war in the United States look like? First and foremost, it’s not much of a stretch to say that, if a civil war did break out, it would likely be between the radical left (groups like Antifa, Black Lives Matter, etc.) and the conservative right (Tea Party patriots, supporters of Donald Trump, etc.). With both sides at war with each other for the future of America, which side would win and which would be put at a disadvantage? The answer to this question, believe it or not, has to do with the economy, which often dictates whether gun manufacturers remain in a state or pack up and move to a more firearm-friendly region.

Back in 2013, The Daily Caller reported that “several traditionally anti-gun states, and Colorado, have enacted laws that abuse the rights of the average citizen and offend their corporate citizens. The situation has led to an exodus of gun manufacturers to more friendly climes, with anti-gun states losing the significant tax revenue and jobs these companies provide.”

Some of these gun companies that have relocated to more conservative states include:

As a direct result of the political left’s economic incompetence and their utter disregard for the Second Amendment, it’s becoming quite uncommon to see gun manufacturing companies in blue states. Therefore, if a civil war were ever to break out in America, those who live in red states (aka, the conservatives and constitutionalists) would more than likely win the day for the sheer fact that they would have the resources needed to defend themselves.

Hopefully, the United States will never experience a second civil war, but if it does happen, those of us who value liberty and the American way must be ready. Read more news about the possibility of a civil war at CivilWar.news.