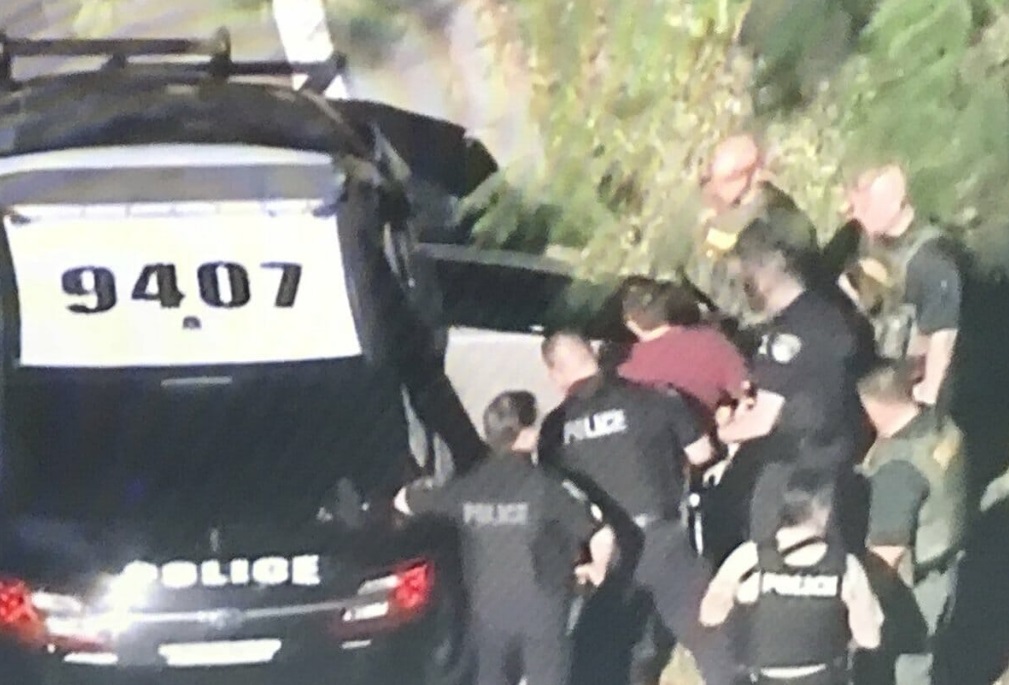 By now, you’ve probably heard that a horrific mass shooting tragedy has unfolded in a Florida school, where a former student returned to the school grounds and opened fire. So far, the death toll is 17.

Note: The original version of this story cited the Miami Herald, which incorrectly identified the name of the shooter as “Nicholas de Jesus Cruz.” Both the Miami Herald and The Gateway Pundit have corrected their reports and now say the shooter is “Nikolas Cruz.” This means he is not the “registered Democrat” that was previously reported. This story has been corrected and updated to reflect these latest findings.

Because the fake news media always reports false “facts” to push a gun control narrative, it’s important that you know the real facts about this shooter. In summary, the shooter (now identified as “Nikolas Cruz” as we have updated, see above) was obsessed with guns, violence and “resistance.”

Here are the facts you need to know:

#Parkland shooting suspect Cruz followed all types of gun groups as well as resistance groups on social media including the Syrian resistance & Iraqi fighters. Cruz apparently was told last year he was not allowed to come back on campus because of threats against students. pic.twitter.com/vVEUlU72Sp

Predictably, Democrats are now openly blaming the GOP for these deaths and calling for “gun control.” To Democrats, by the way, “gun control” means that all firepower must be concentrated in the hands of the same corrupt government that’s been running the Russia collusion hoax and secretly spying on U.S. citizens in total violation of constitutional protections.

Anyone who thinks that handing the corrupt government a monopoly on firepower is an awesome idea must be, simply stated, a complete moron. If we’ve learned anything this year from the FBI treason, DOJ collusion and deep state war against Democracy, it’s that power needs to be decentralized and given back to the people, not concentrated in the hands of the corrupt elite.

Gun control means stripping power away from law-abiding citizens and concentrating it in the hands of a corrupt, totalitarian regime. The very same media talking heads who routinely call for gun control, by the way, also gush with praise over North Korea, a murderous slave state regime run by a deranged tyrant who also bans gun ownership among citizens. Nearly every case of mass government genocide over the last two centuries was committed by a government that first confiscated guns from its citizens. If you think 17 deaths in Florida is bad, take a look at the 262 million deaths committed by governments in recent history (see chart, below).

The mass killing of civilians by governments is made possible by gun control. First, totalitarian bureaucrats strip citizens of their right to own firearms, ensuring they are utterly defenseless against government tyranny. Before long, that government declares war on some targeted group of people (such as the Jews, who were disarmed by Hitler’s gun control laws) and initiates a campaign of mass murder.

It’s called “Democide,” and here’s a chart that highlights the democide deaths in the 20th century alone. The numbers in the right column represent thousands of people, so 219,634 actually means 219.6 million people.

Hundreds of millions of human beings have been slaughtered at the hands of governments that pursued gun control. As university research shows, over 262 million people have been mass murdered by government since 1900 alone. Nearly every case of mass murder by government has been preceded by gun control (citizen disarmament) This is all explained in my documentary below:

Don’t you find it astonishing that the very same Democrats who say Trump is “Hitler” now want to make sure Trump’s government has a monopoly over all the guns by stripping away Second Amendment rights from the People? It makes no sense, of course. If Trump is truly Hitler, why would you want to take away all the guns from the “resistance” that would theoretically need guns to stop Hitler?

It seems that today’s Democrats, if transported back to 1939, would call for disarming all Jews so that Hitler could more efficiently murder them all under the banner of “gun control.”

Read more news about gun rights and self-defense at SecondAmendment.news.