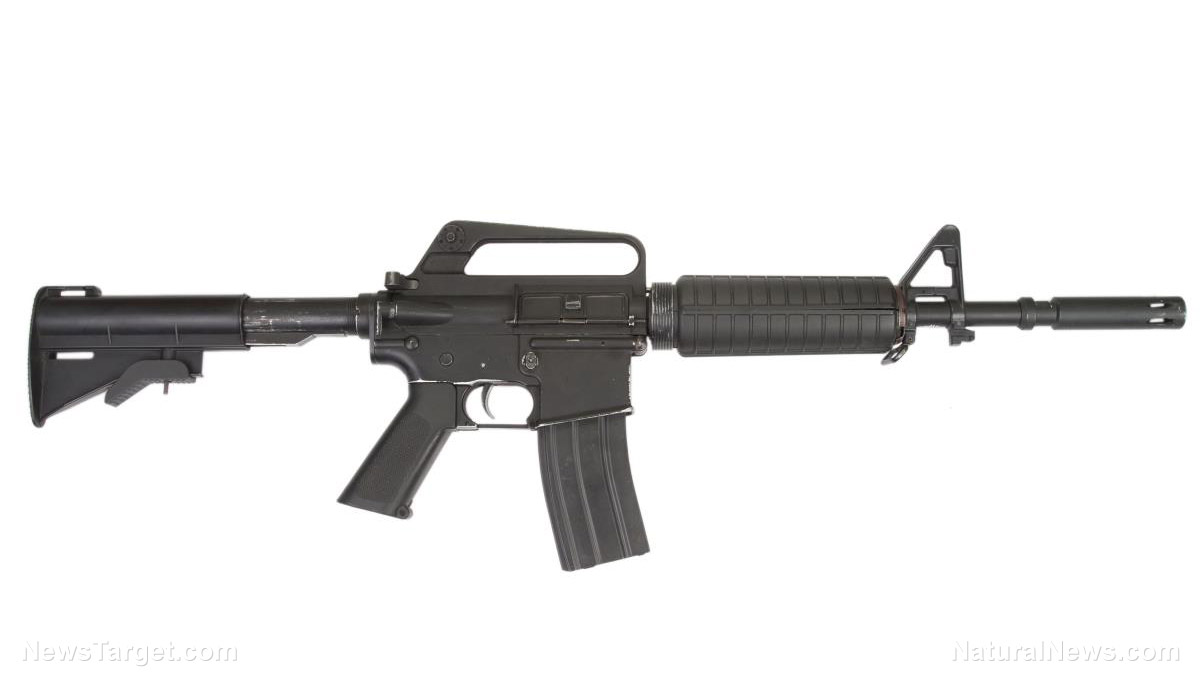 The Marxist Democratic Party’s narrative following the most recent horrific school shooting in Parkland, Fla., is the same that it’s always been following these kinds of tragedies.

“When are we going to get rid of the guns?”

“Nobody needs an ‘assault weapon!’”

“Ban the National Rifle Association too!”

Yes, the narrative’s the same — and as before, it’s just as wrong.

“Assault” weapons — those evil-looking military knockoffs are not the problem the Left makes them out to be. This particular class of rifle may be doing most of the killing in Syria or in various other nations where ISIS is gaining new footholds, but they aren’t responsible for the most gun deaths in America.

Most Americans who get their news from the Pravda media don’t know these facts because they’ve never been told or, at least, not often enough. They are much more likely to be fed a bunch of propaganda — about the NRA, about “assault” weapons, about Republicans who back the Second Amendment — than the truth about a single class of firearm.

But dishonest Democrats who are pushing for “gun control” do know the facts; they are well aware that “assault” rifles are not the biggest killer of American citizens (that would be Big Pharma).

Most of the propagandists in the American Pravda media also know the truth. But like their Democratic patrons, they have an agenda: They want to destroy Republicans, destroy the NRA, and nullify the Second Amendment. (Related: CNN hosts a modern-day Salem Witch Trial: Angry Leftists shout “burn her!” at NRA spokeswoman Dana Loesch)

So they push lies, innuendo, and false narratives every time the nation experiences a tragedy like that which occurred in Parkland last week, or Las Vegas in October of last year.

Now, I fear, those lies and the incessant, unhinged ranting about “guns! guns! guns!” are having an effect on President Donald J. Trump.

According to reports on Friday, the president is favoring consideration of three new ‘gun control’ measures:

— Raising the age limit for rifle purchases from 18 to 21;

Trump does not support an “assault weapons” ban and he does support hardening schools against future attacks by training and arming school personnel — something that would have to be decided at the individual school district level.

I’m glad to see the president won’t touch the assault weapons ban and honestly, I’ve never supported bump stocks because they blatantly skirt current federal laws governing the ownership and sale of fully-automatic weapons (the only way I’d support bump stocks is if they were as regulated as automatic weapons).

But I am concerned about the president’s other positions.

First off, I’m not sure what ‘improving background checks’ is supposed to mean. The existing FBI system — NICS, for National Instant Background Check — is not infallible, as we discovered when the Sutherland Baptist Church killer was allowed to buy weapons despite a conviction for domestic violence because the Air Force failed to update the system. So what will “tougher screening” consist of, and will these new provisions negatively impact, say, Fourth Amendment privacy rights?

Also, I wholeheartedly reject the notion that an 18-year-old should be prevented from buying a rifle; if we can draft and send 17-year-olds to war, then we can allow them to come home and buy a rifle a few years later (17-year-olds can also voluntarily join the military with parental position).

Aside from the bump stock ban, the other steps will do nothing to protect our children in schools. But they will give the Marxist Left yet another victory in their long march to ban guns.

I urge the president to reject them.