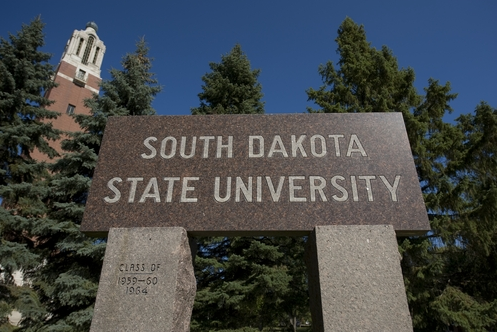 Truth be told, millennials do not support the freedom of speech – and at South Dakota State University, they are making that fact known to the entire country.

Earlier this month, the campus news site Campus Reform reported that South Dakota State University’s student senate recently passed a resolution that objected to House Bill 1073, which would have guaranteed that all students on campus would be protected from those that seek to limit their free speech rights.

“Senators were kept in the Student Union until nearly 11pm, and were repeatedly pushed to bypass rules and vote on the resolution less than 10 hours after it was drafted, and before any students could be consulted,” six of the student senators claim in a letter that was sent to the sponsors of HB 1073.

The senators went on to assert that they were not given access to the resolution until 11:30 am on the day of the vote, which means that they didn’t have nearly enough time to speak with members of the student body on the resolution’s contents. “As members of the South Dakota State Students’ Associate, we pride ourselves in our leadership abilities and our open and transparent processes,” the letter says. “Monday, January 29 was a poor demonstration of those values, and the passing of 17-12-R without the consent or knowledge of the students we represent was an unethical action by our body.”

While it’s certainly unethical and even disgraceful that the student senators didn’t have a chance to consult the student body on the contents of a resolution before it was passed, it’s even more upsetting that some of these students would reject a bill that would have protected the free speech rights of all students at South Dakota State University. Even though the students that were opposed to HB 1073 didn’t specifically explain why they were opposed to it, we can assume that it was most likely because they wanted to retain the ability to silence speech that they fundamentally disagree with. A measure protecting the freedom of speech would ensure that conservatives had a voice on campus, and to the left, that simply cannot be tolerated. (Related: This study reveals why intolerant university leftists can’t see reality.)

Late last year, a conservative radio show at the University of Minnesota-Morris called “Deplorable Radio” was banned from campus, which the student hosts of the show argue was due to the show’s politically incorrect and right-of-center format. The university, meanwhile, claims that the radio show was shut down for “multiple violations” of the station’s policies. This may be true, but it’s also just as likely that the school decided to ban Deplorable Radio simply for the fact that conservative messages were being broadcasted over the airwaves. (Related: Ivy leaguers are now demanding that you stop saying “man” on campus on the grounds that it is offensive language.)

In yet another example of conservative censorship on college campuses, DePaul University, which at one pointed threatened to arrest conservative commentator Ben Shapiro for daring to step foot on campus grounds back in November of 2016, banned conservative comedian Steven Crowder on the grounds that his style does not “align” with the school’s “educational mission.”

“The Speaker Review Board denied this speaker request due to their research on Mr. Crowder and came to the conclusion that he creates videos to purposefully to rouse and provoke people by making fun of the opposing side,” wrote Peggy Burke, DePaul’s Associate Vice President of Student Development.

Free speech is without a doubt under attack on college campuses across the entire country, and unless conservatives somehow bring about a massive cultural change among the nation’s young people, then the freedom of speech may very well become a thing of the past in the not-so-distant future.