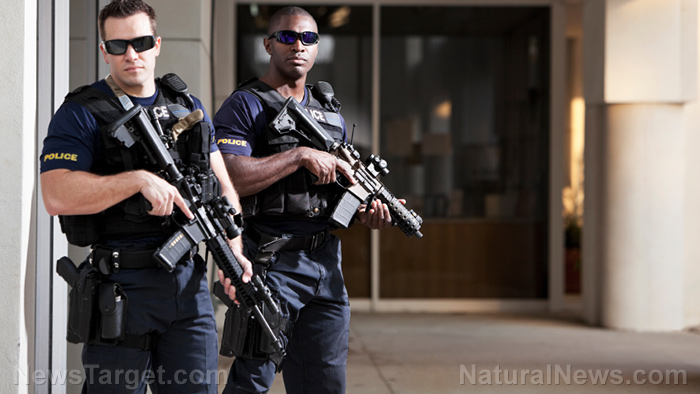 When SHTF, you will almost immediately be faced with a number of obstacles and challenges unlike anything you’ve ever seen before. No longer will you be able to simply open your fridge for food or get some water from the tap. No longer will you be able to turn on the lights with the flip of a switch, clean your clothes using a washer and dryer, or sleep at night knowing that you are safe and sound. It will be a dangerous world, and it’s important that preppers and non-preppers alike know what to expect.

Recently, a man by the name of J.G. Martinez published an article on The Organic Prepper on a lesser-known yet just as serious threat that many people will face when SHTF: Rogue police officers.

Martinez, who has lived his entire life in Venezuela, said that he chose to write about this topic in particular because when SHTF, “it is more than likely that the less disciplined, the black sheep, and the rogue personnel are going to organize in some way to mess with the weakened civilian population, and manage to get some extra income from them.” He added that Venezuela is a failed state, and this very thing has been going on there for years.

Martinez explained that since law enforcement personnel sometimes have a tendency to look down on civilians, this behavior may very well be exacerbated following a large scale societal collapse. Therefore, it is important to know what to do and how to stay alive at roadblocks when SHTF.

“I have been stopped in roadblocks,” Martinez wrote. “I don’t open my mouth, but give them the car papers, ID, and license, one by one after they give back the document in their hands. Unexpressive face, not threatening but neutral: ‘glass eyes, dog face’ is how their superiors tell them to treat civilians, so I do the same.”

But it’s not just rogue cops that you’ll have to worry about after societal collapse. When SHTF, there will be an entire country full of people who will take advantage of the chaos and come after whatever it is that you have for their own survival. Even people that you used to trust may turn on you if they find themselves in a life or death situation with rations and other supplies running low. Indeed, life when SHTF will be absolutely barbaric, and if you’re not ready for it, then chances are you won’t survive much longer than a few days. (Related: Here’s how to defend your bug out location when SHTF.)

Back in 2011, Mac Slavo elaborated on this very concept in an article that was published on SHTFPlan.com. In it, Slavo explained to readers that even though they may be able get by in a SHTF situation using a firearm purely for self-defense, there is going to come a point where they must become the attacker. Such a situation might arise if you receive word that an enemy person or group plans on attacking you and your loved ones or raiding your base, thus forcing you to take offensive action before the attack comes. (Related: Here are five ways to protect your health when SHTF.)

This is why stocking up on firearms before SHTF is so important, but if you happen to find yourself in such a situation, then as Slavo stated in his article, anything from a stick, rock, bottle, lamp, keys, or even rolled up newspaper can be made into a weapon.

Whether the danger you face comes from rogue cops or from your neighbor down the street, the fact of the matter is that the entire country following a societal collapse will be an incredibly dangerous place. It’s best to prepare now then to wait until you find yourself in the middle of that dangerous place unprepared and unarmed.