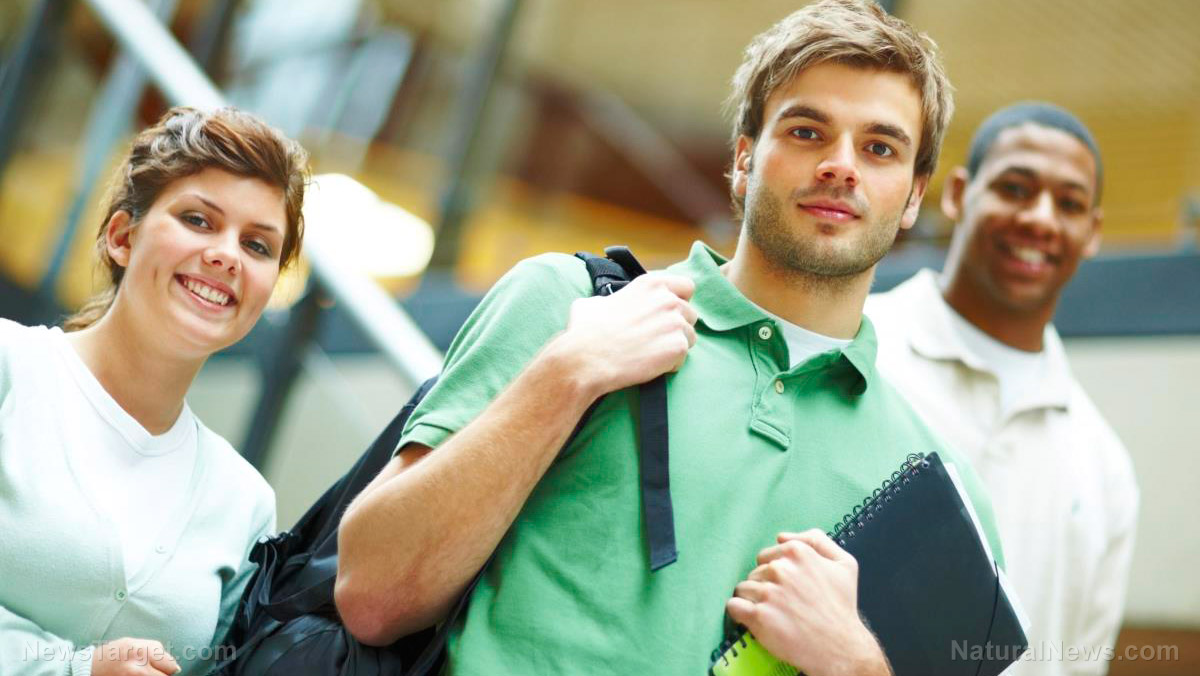 Many institutions of higher learning that at one time in recent history championed knowledge, intellectualism, and the pursuit of truth are rapidly succumbing to the “social justice” propaganda of the day. One of these is Yale University, which appears to be abandoning all objective academic rigor in favor of more important “priorities” like the latest “March for Our Lives” gun control psyop.

In a recent blog post, Hannah Mendlowitz, a senior assistant director of admissions and director of recruitment at Yale, doesn’t beat around the bush in explaining that prospective students who skip class while in high school to engage in mindless, media-driven protests and walk-outs are actually encouraged to apply at Yale, and may even receive special admissions treatment.

Rather than be penalized for their juvenile delinquency and failure to critically think about who might be pushing such agendas, prospective social justice warriors (SJWs) who wish to attend Yale will be welcomed with open arms, Mendlowitz reveals in her article, entitled “In Support of Student Protests.”

“We expect them [new students who come to Yale] to be versed in issues of social justice,” Mendlowitz writes about Yale’s reinvented “academic” standards, which are rapidly changing in response to the recent mass shooting that took place at Marjory Stoneman Douglas High School in Parkland, Florida.

Mendlowitz says she received an inquiry recently from a high school student who has already been accepted to Yale, but who is worried about how a potential suspension for engaging in a school walk-out might affect his or her attendance at the school.

“We encourage them to be vocal when they see an opportunity for change in our institution and in the world. We value student voices on campus, and we encourage discourse and action,” Mendlowitz adds.

“To punish our applicants for doing just that would go against the very beliefs that make Yale such a special place to study. Instead, I support those high school students around the country and urge other educators and administrators to do the same.”

Forget math and science: It’s all BLM, screaming in the streets, and trashing the Constitution at Yale these days

While Mendlowitz seemingly failed to enumerate exactly which social justice issues she believes prospective students at Yale should embrace, she did admit that pretty much anything that presents itself as an “opportunity for change” is worth engaging. In other words, the sky’s the limit at Yale, and the more extreme position the better.

It’s exactly the type of thing that David Horowitz outlines in his book Big Agenda. Commenting on how liberalism has completely infected every facet of society, Horowitz very accurately pegs the mindset of people like Mendlowitz, who try to disguise the tenets of Marxism behind terms like “social justice” and “change.”

“To progressives, the world is a fallen place – beset by racism, sexism, homophobia, and the rest – that must be transformed and made right,” Horowitz writes. “This redemption was once called communism and is now called socialism, or ‘social justice.'”

Other schools like Tufts University in Massachusetts have taken a similar stance. Tufts has reportedly “joined other college and universities in quelling applicants’ fears that protesting firearm policies [in this country] might be met with repercussions from admissions departments.” In other words, if you defy the Constitution, you’re welcome at Tufts.

This is all the fatal consequence of decades’ worth of indoctrination in which students have been told that feelings trump facts. Too many young “snowflakes” on the verge entering college have been led to believe that throwing temper tantrums and creating civil unrest are meritorious traits worthy of entry into higher education.

“Time and time again we see that when we subordinate what is self-evident and factual to what we selfishly ‘feel,’ we fall prey to the rule of the gang or the tyranny of one,” wrote Everett Piper, the president of Oklahoma Wesleyan University, in a recent column for The Washington Times.